I have sited a Gecko loc caddy wrongly. What's the best way to remove the base plate from the tiled wall without damage.

According to the web page, the Gecko-loc uses silicone rubber suction cups which are held in place by turning the knob, ostensibly pulling a vacuum on the inside of the cup. It describes the removal as simple as peeling it off. That's the only reference I found. 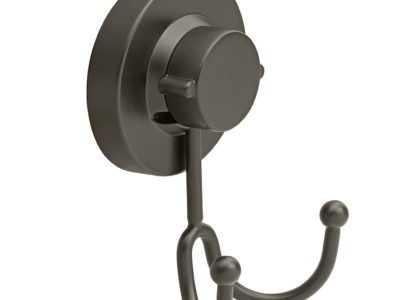 One would therefore believe that you would remove the hanging device from the cup and turn the knob in the opposite direction to release the vacuum.

I've also noted that the company offers a 3M VHB tape option. 3M VHB tape is not so easily removed. One method of removal, if you have used that option, is to carefully slice with a razor or equally thin sharp cutting device between the wall and the cup mount. Once the body of the adhesive is split, additional scraping and application of adhesive removal product such as Goo-Gone will eliminate the residue. The web site provides for replacement adhesive panels.

Ideally, you have the suction cup design. Pop off the caddy, turn the knobs and re-locate.

Not the answer you're looking for? Browse other questions tagged bathroom or ask your own question.

5
How do I safely and cleanly remove sealant from a plastic bath?
4
How do I remove a frameless glued mirror?
1
How to remove a tub insert
5
Should I seal around the base of a bath/shower?
11
Sink tailpiece doesn't line up with trap
1
What's the easiest way to reframe a portion of a wall with minimal disturbance to the electrical lines?
2
What is the correct procedure to turn a 10“ rough-in toilet drain into a 12” rough-in drain when the drain goes through a slab-on-grade?
1
How to put vinyl click-together flooring up against cove base tile?
0
Remove shower enclosure for tiling but keep shower base only
1
Wall plate and subfloor repair in bathroom