How do I remove this old metal ceiling junction box?

There is this metal bar over this junction box which also holds a light fixture.

There is also 4 BX cables connected to it in which I am trying to upgrade the existing light fixture attached to it and use a Romex cable to power recessed lights.

Do I need to upgrade this junction box if I need to add a romex cable?

Does anyone know what this type of box is called? I am trying to research it but do not know. 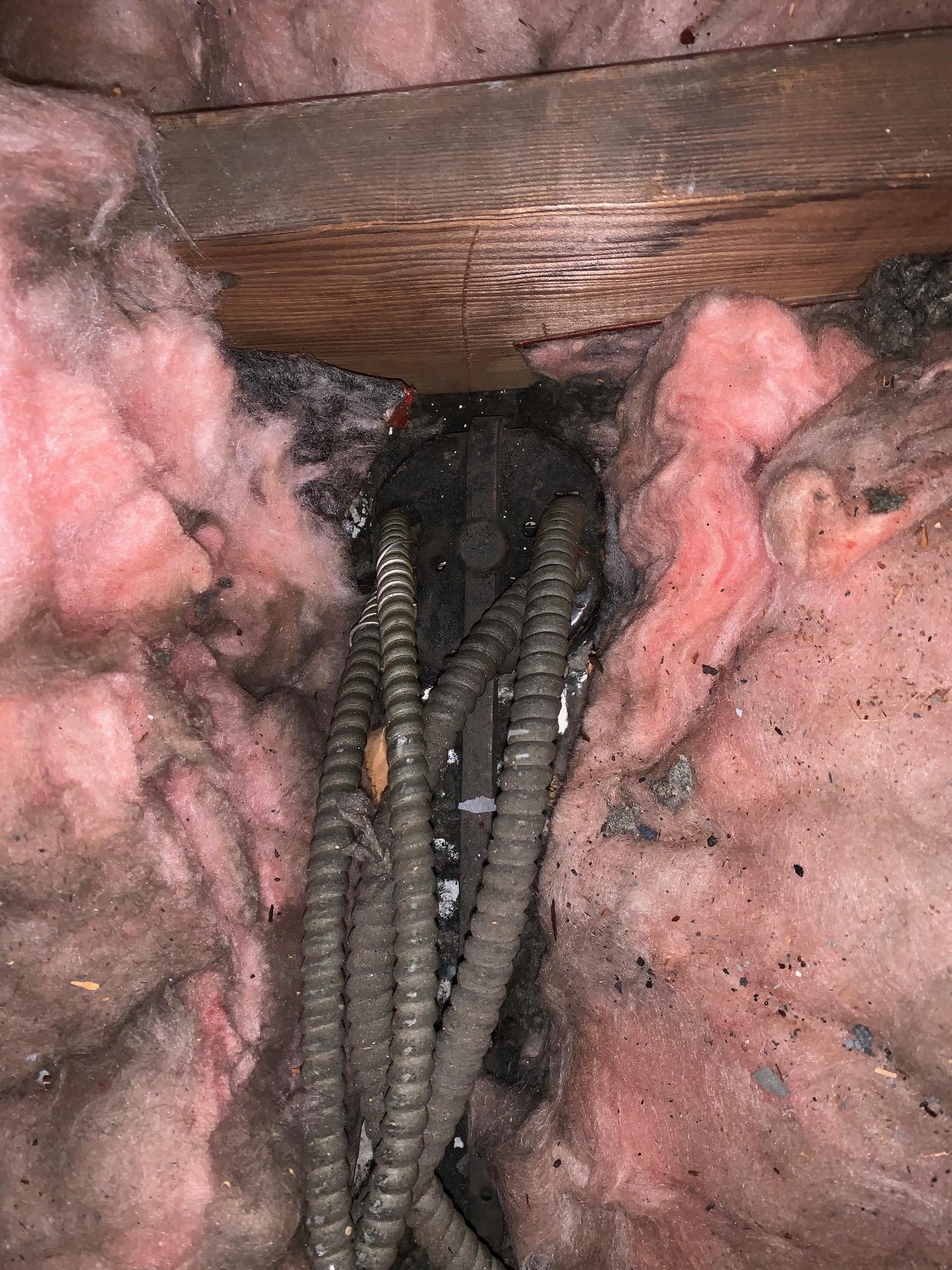 electrical junction-box
Share
Improve this question
edited May 18, 2019 at 0:13

This looks like it's an old school ceiling box. Note how the metal rod appears to attach to the box on top. It looks like these were attached from below (the bar bends and appears to go under the joist). They still sell a similar product today, with a bar that goes between the joists to hold a junction box.

As noted elsewhere, your best bet is to put a box nearby to lower the number of wires, then run only the needed wires into the box. I've done that myself and it helps a great deal when you have a box stuffed with wires.

If you're determined to remove it, I would cut the drywall back and see if you can detach it from below. Because it looks to be flush with the ceiling drywall, it's impractical to cut using anything but some sort of rotary tool (which would be a massive fire risk). Replacing a section of ceiling would be the least intrusive method of doing it.