What are these black bugs and how do I get rid of them?

These bugs keep appearing from under my baseboard. The ones laying out are never moving but when I vacuumed them up, I sucked whatever would come out from under the baseboard which made some lives ones come out but they never get too far from the wall before they stop moving and seem to die. I sprayed some general indoor/outdoor insecticide but that did not seem to help because they re-appeared a couple days later. They are extremely small, similar in size to gnats and black.

How do I get rid of these? 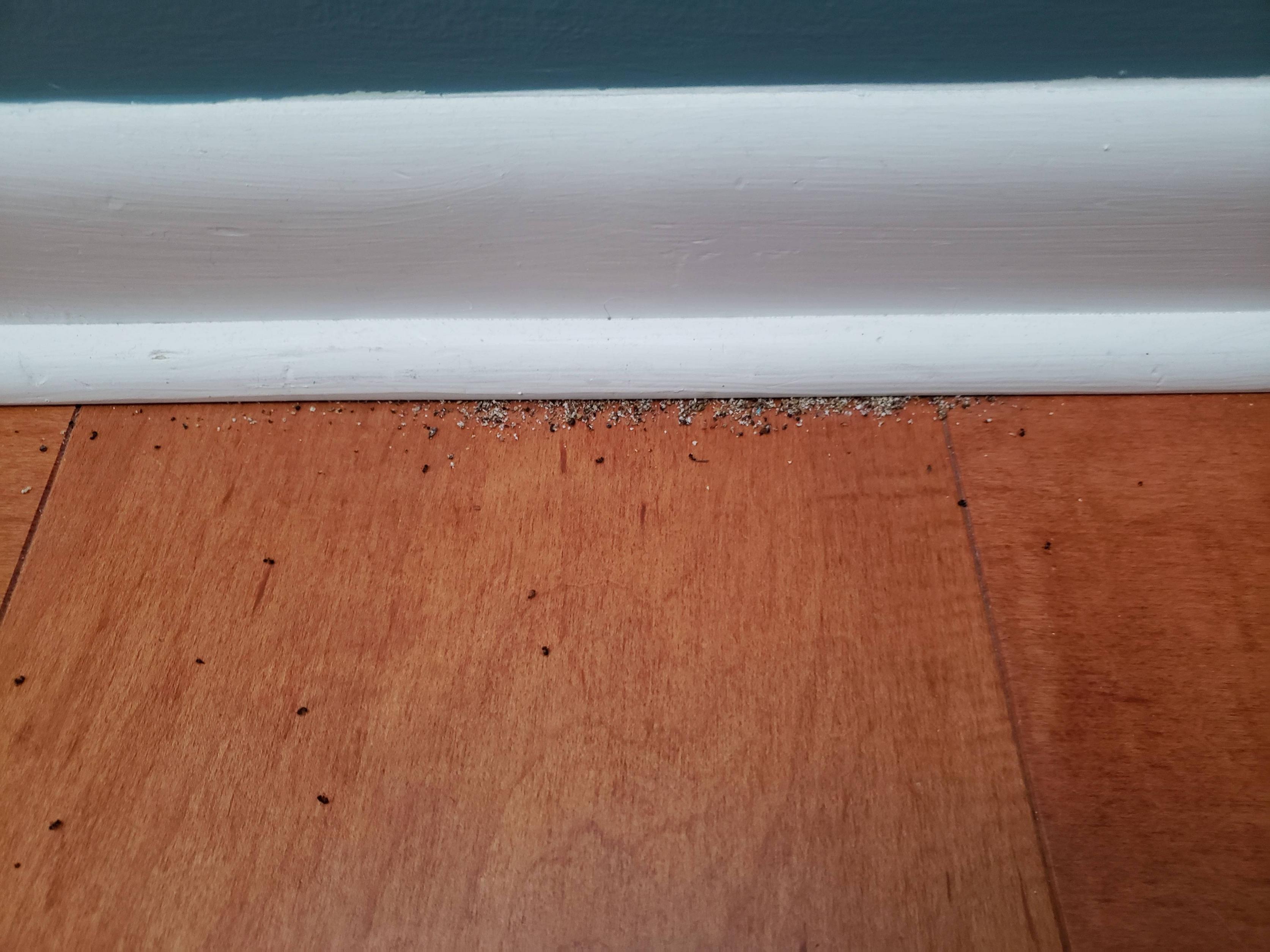 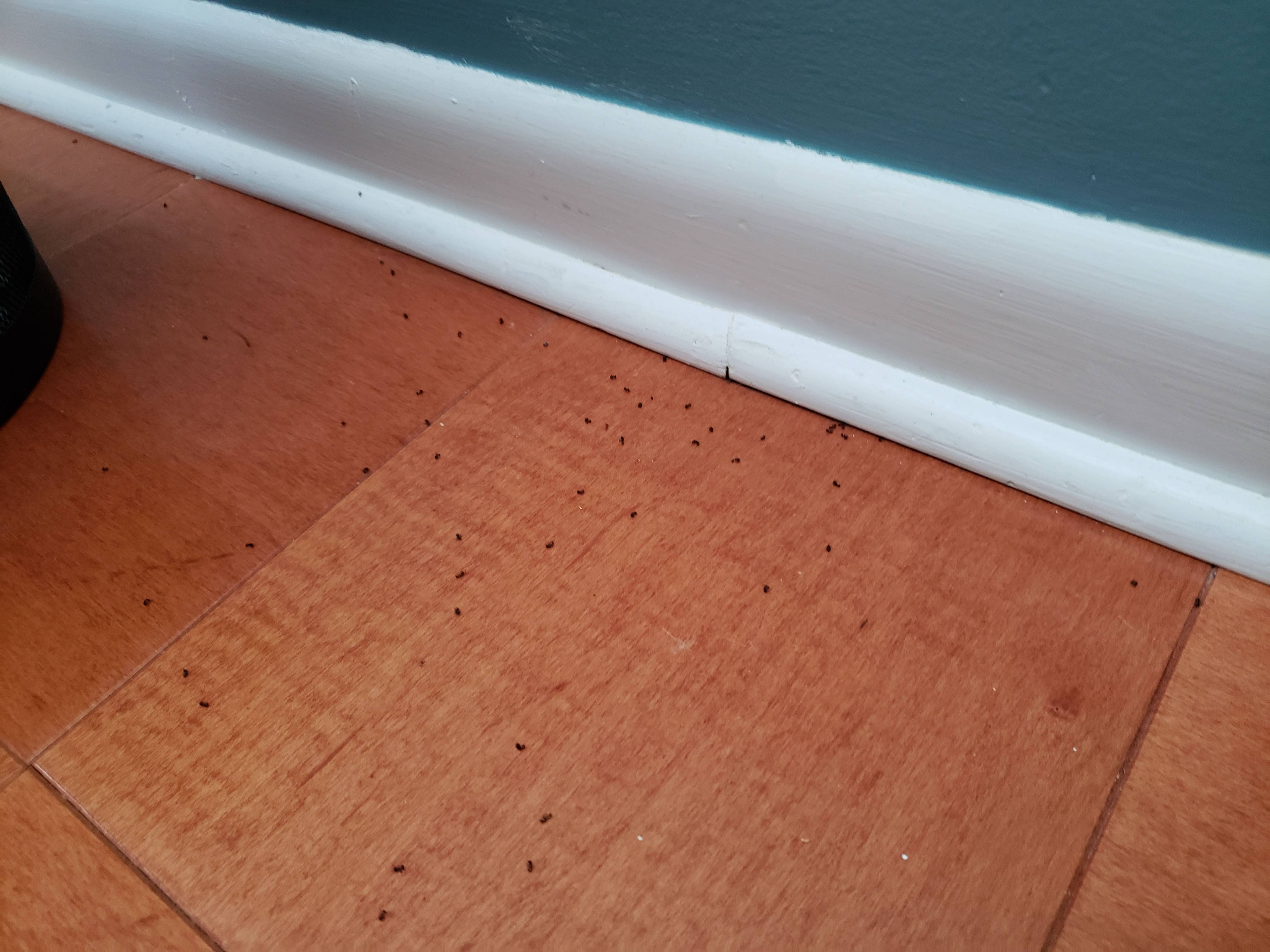 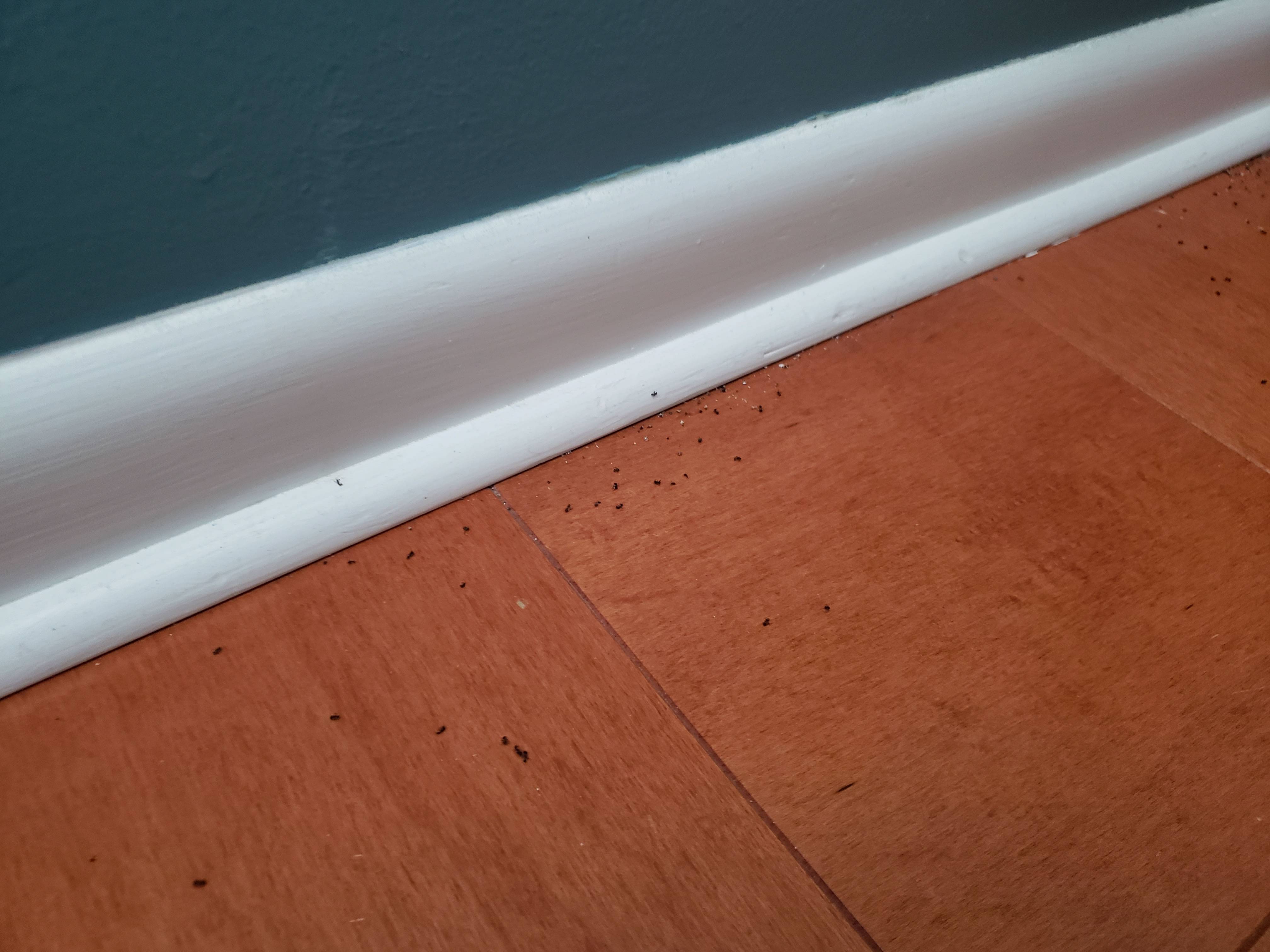 I agree with Daniel they look like what we used to call sugar ants but the photo is kind of blurry, lots of different ant baits out there will work, or things like diatomaceous earth spread where they are traveling will cut them up, wear a dust mask if you use this because it’s not good to breathe but it is non toxic (used in swimming pool filters) if you don’t want to use poison.

Diatomaceous earth has worked for me if I remove the baseboard trim and apply it liberally behind the trim.

I have also used lemon oil (wood polish) which works as a smell deterrent since ants use pheromones though you'd probably have to apply this once a month as the oil's scent diminishes.

Not the answer you're looking for? Browse other questions tagged pest-control pest insect or ask your own question.

2
How to deal with ants in wall
1
What's the quickest way to get rid of larvaes and [clothing] moths at home?
3
Remove/Kill Wasps When You Cannot Get to the Nest
0
How to get rid of these bugs?
0
Are these signs of bed bugs?
3
Eliminating moth flies (and larvea) of unknown origin found mostly in kitchen
0
white termites - 2 orange oil treatments, building won't fumigate