The switch is a three-way switch, not a single-pole switch. Every unit in the building has such a switch, and my switch doesn't seem to affect any other units in the building. Here are pictures of the switch and the junction box: 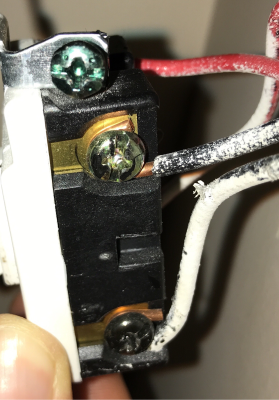 I don't think that I will ever want my switch to be in the "off" position. The thermostat itself has a switch with an "off" position, and I would rather just use that. Can I simply remove the switch, use a wire connector to connect the two wires that are now affixed to the switch, and then cover the opening with a blank faceplate?

This might be the furnace emergency shut-off switch. That switch plate should look like the illustration below, and be mounted much higher on the wall than a regular light switch. 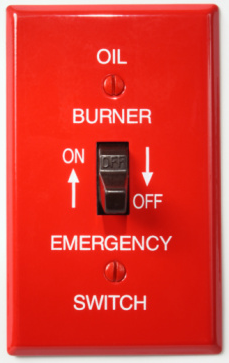 Check with the condo management... It would likely be a fire code violation to remove it, in that case!

However, it might be a "vacation" switch, which could be removed... But again, check with the condo management, since they surely have rules about what is allowed.

Not the answer you're looking for? Browse other questions tagged wiring hvac switch thermostat code-compliance or ask your own question.

2
Is it a problem that I have two of each color wires on my Honeywell thermostat?
1
Wall switch connections for a ceiling fan and light
0
Changing a three-way switch to a two-way and connecting a timer switch to it
2
Help wiring timed fan switch
0
New light switch not working
1
troubleshooting smart switch installation
4
Replace a motion-sensor/timer with simple single pole switch
2
I have two switches for one light. One is a dimmer switch and other is single pole switch