Is a slightly-deformed clay pipe a concern?

We're doing a buying inspection on a house, and the sewer inspector provided a video of the snake camera. Here's a still from where the house line (clay) connects to the city line: 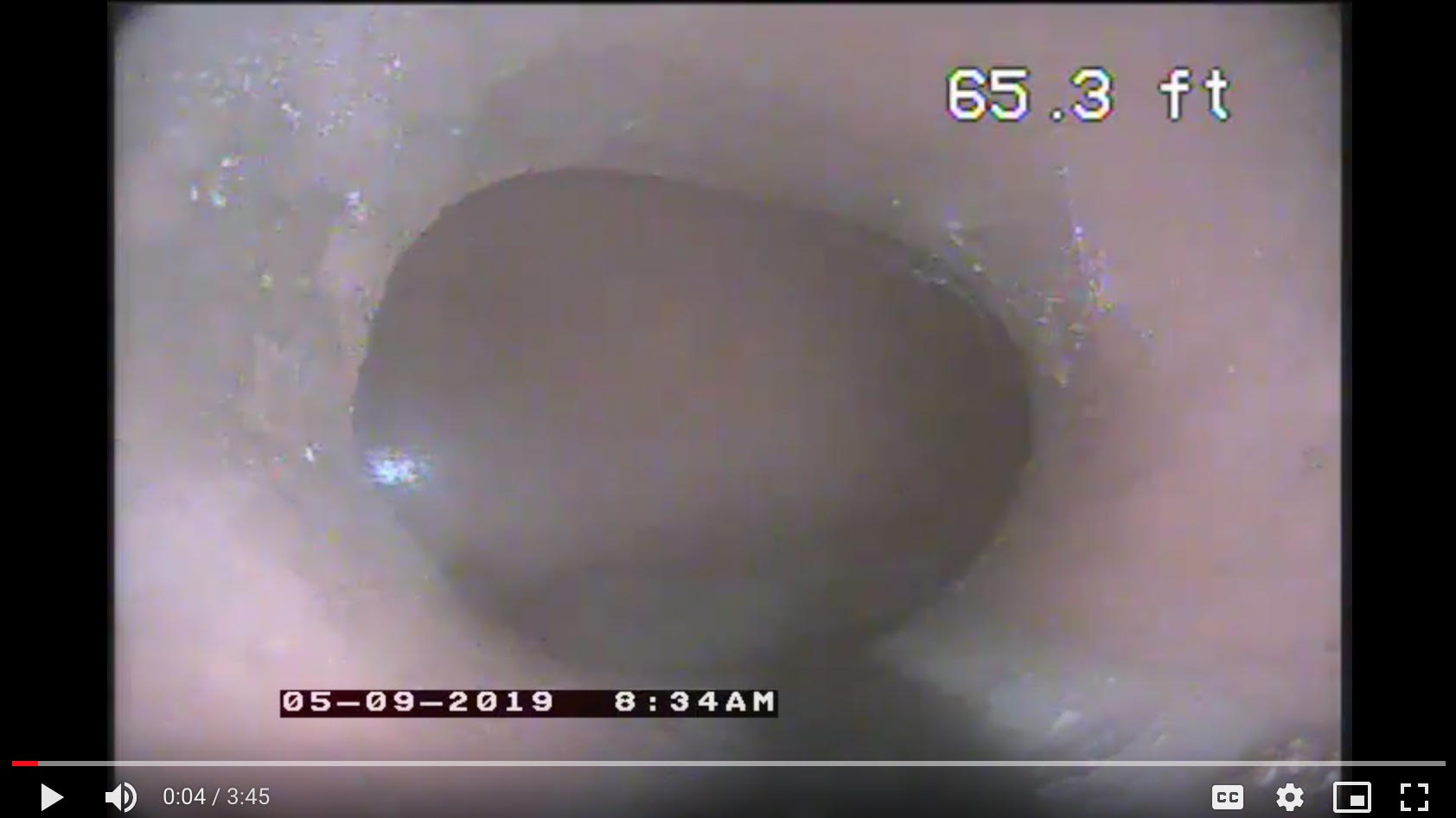 The inspector didn't mention anything about this in the video, but I just want to make sure it's OK the pipe doesn't seem to be completely round at this point?

The rest of the line looked fine -- a couple places with roots starting to poke in, but nothing crazy. Goes from cast iron closer to the house to clay closer to the city.

plumbing sewer
Share
Improve this question
asked May 9 '19 at 18:00

I suspect that's just an artifact of looking at two round pipes joined. The city sewer is not square, so the house pipe is longer on the bottom and the top than it is in the middle, to fit to the hole in the city line. It's probably also not at a 90 degree angle, so there may be some left/right difference as well.

Probably the most common thing you can quickly look at (from the outside) to get an idea is the joints on a bicycle frame.

It's called a "fishmouth" becasue the prepared end of the pipe looks a bit like one. You are looking at that from inside. Remarkably clean line, by the way.

Not the answer you're looking for? Browse other questions tagged plumbing sewer or ask your own question.

5
What alternative methods exist to correct a belly in a clay sewer line?
0
Clearing out blocked weeping tile
4
Need help identifying weird sized sewer pipe in older house
0
Sewer Line Clog suggests pipeline replacement
1
We're in the middle of a(n epic) flood. Why won't my toilet flush?
0
Alternative sewer line in basement
1
What can cause a blockage in an otherwise decent main sewer pipe?
3
Move or remove a downspout inside brick wall
1
Is this a displacement or just a blockage?
2
Sewer line repair - most cost effective method?