Is there some sort of formula to determine how many bricks I would need to build a completely new structure?

I am looking to add a small ham shack to the property, so I contacted the city's planning department. They said that if the structure was ten feet at most and didn't exceed two hundred square feet in area, and it was kept at least six feet away from the main structure, and three feet away from any property lines, I should be able to carry this out without a permit.

I went over to this place called Mutual Materials where they have an assortment of bricks of different textures, concrete, stones, and other things used in masonry, including mortar for mixing.

When I asked the clerks there how much the bricks would cost, they told me that as a general rule of thumb, six bricks made one square foot. Well, I can see how laying six bricks vertically can make one foot, but I don't see how it would make a square foot unless one were to add five bricks on one side going horizontally, which would mean that you'd need thirty-six bricks in all to make a square-foot wall.

Can this be explained better? I found out that one brick costs $1.30, so if I can use something to know how much I'd be looking at, that would help a lot.

Another way of looking at this is that each brick is two thirds of a foot. So you need a brick and a half to make a foot. If you stack bricks four high, that's nine inches without mortar. Add three quarters of an inch of mortar to each brick, and four bricks is exactly a foot. Now, I think that three quarters of an inch is a bit much, but you also have sideways mortar that I didn't include.

I think that the confusion is that you were trying to make a cubic foot wall. But that's not what they mean. They mean that a square foot of wall surface takes six bricks. So when looking at a piece of wall and measuring out a square with one foot to a side, you'll count about six bricks. Roughly four rows of one and a half bricks each.

Take the outside dimensions of the proposed project and the brick supplier can tell you how many bricks you will need to complete the project including a percentage for loss and breakage. Done

What he's talking about is a unit of area, which measures the surface of something. Take an airplane - the surface area of an airplane is important when you are buying paint for it.

We already have a unit of measure called a foot that measures linear distance. Suppose you make a square, and each side of the square is 1 foot. That's called "1 square foot". We don't mean that the thing has to be square. 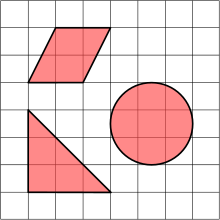 So take your shed. Take 1 wall. How wide is it, in feet? How tall is it, in feet? Multiply them and that gives you square feet. Repeat that for each wall, and add them together.

We are overlooking something. At the corners, one wall's brick is also the other wall's brick. But in practice, that will end up being a wash, because you will probably need to cut bricks to make them fit (unlikely your building is exactly the right size to come out evenly).

0
How to repair this plastered wall with brickwork in bad condition?