How do I repair loose ductwork?

The ductwork in our 30 year old house has started coming loose where it comes up through the floor. It's nailed to the subfloor, but in several places, the nails have come loose, leaving gaps of an inch or two between the duct and the subfloor. This lets bugs into the house and probably isn't too good for our heating and air efficiency.

What's the best way to re-hang the ductwork and remove these gaps? How much do I need to worry about breaking something while repositioning the 30 year old ducts?

I hope that I'm using these terms correctly. Here are some photos. 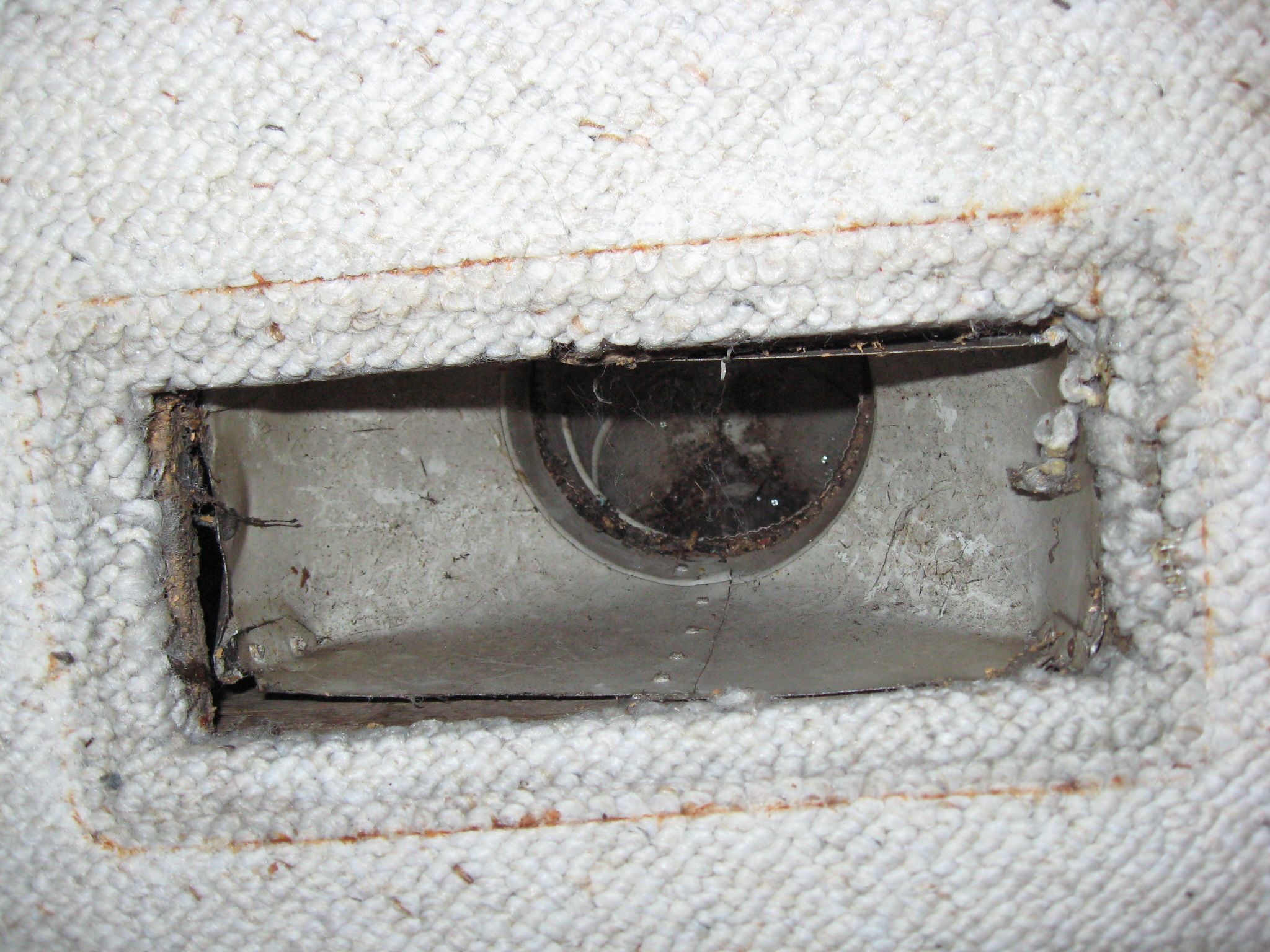 Note the nail hanging on the left after it came out of the subfloor. There's another nail on the left (not visible) that's still in the subfloor, but the weight of the duct pulling on the nail apparently caused a vertical tear through the duct, letting it fall. There's a 3/4" vertical gap on the left between the duct and the subfloor and a smaller gap (but still enough to let in a draft) at the top where the duct no longer fits properly because it's hanging off the left. 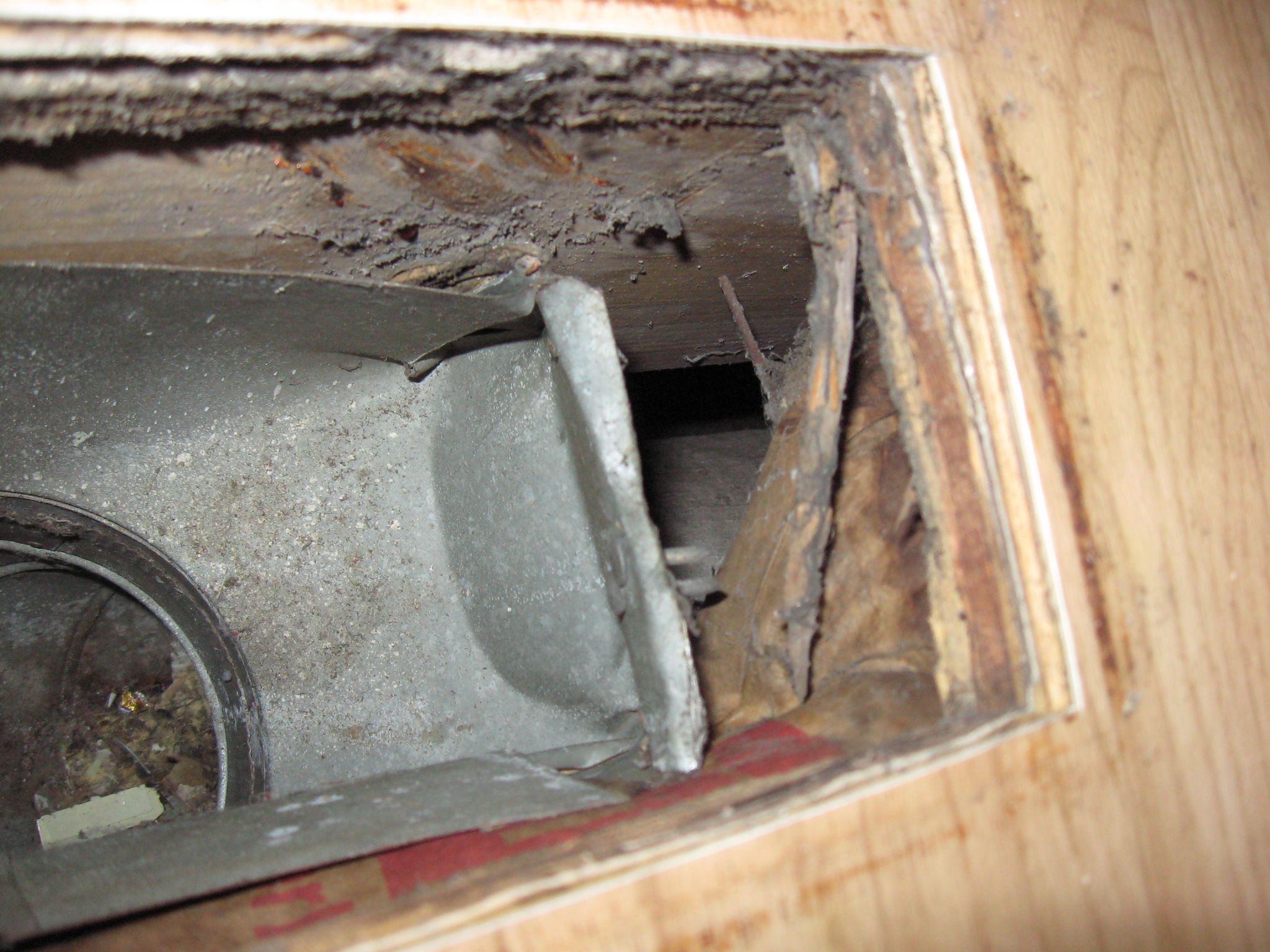 Another supply vent. The nails have fallen on both sides, so this duct is apparently supported by nothing in particular, leaving about 2-3" vertical gap all around. The subfloor looks pretty worn, so I'm not sure that nailing it on each side as was done before would work very well.

If you don't mind a little extra thickness, what about hanging some L brackets over the edge of your finish flooring, and then screwing the ducts to the L? Then, you can put the duct cover back on right over the lip of the L, covering it up.

I have no idea how you'd hold the duct in place while screwing it, mind you, unless you can get access from below. Maybe you could glue a rope to the inside of the duct and have someone yank it back up into place.

On your bottom photo can you just put some screws in the back? For other vents do something similar? Or get out a handy tube of silicone or liquid nails and go crazy.

Not the answer you're looking for? Browse other questions tagged hvac ductwork or ask your own question.

15
Is it worthwhile to have ductwork cleaned?
8
How can I improve second floor HVAC performance?
4
How to repair buckled duct work inside wall?
0
Example Registers for 2" x 12" Duct
1
What's the best way to relocate my wall vent?
0
How to troubleshoot HVAC for room that is uncomfortably warm in both hot *and* cold weather?
0
Supply duct still condensating in basement