I'm in Ohio, USA for reference. I have some old chain link fence that I would like to remove and replace with a free standing planter fence. I'm curious what sort of problems I might encounter with the following design.

The base: I would remove the current fence, dig up a foot of dirt the entire width and run and replace the dirt with crushed/compacted gravel.

The structure: The structure would be 20" wide and be 9' by 12.75' in an L shape (corner of my lot). The structure would be 4"x4" PT pine on the entire perimeter on top of the gravel. The 4"x4" framework would extend up 5' with some vertical supports and a horizontal member (2"x4") for fence board attachment. From the exterior, it would look like a privacy fence. 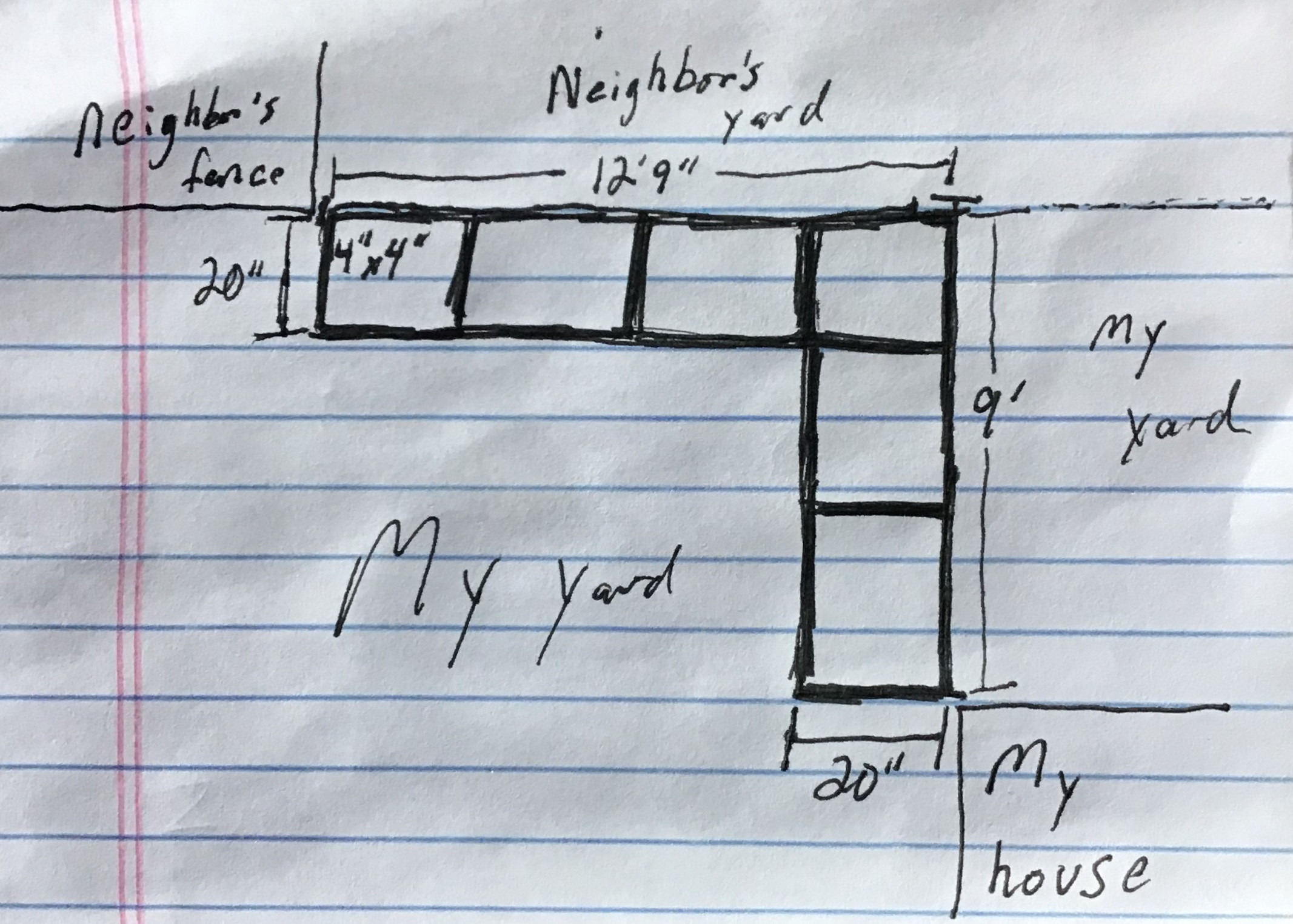 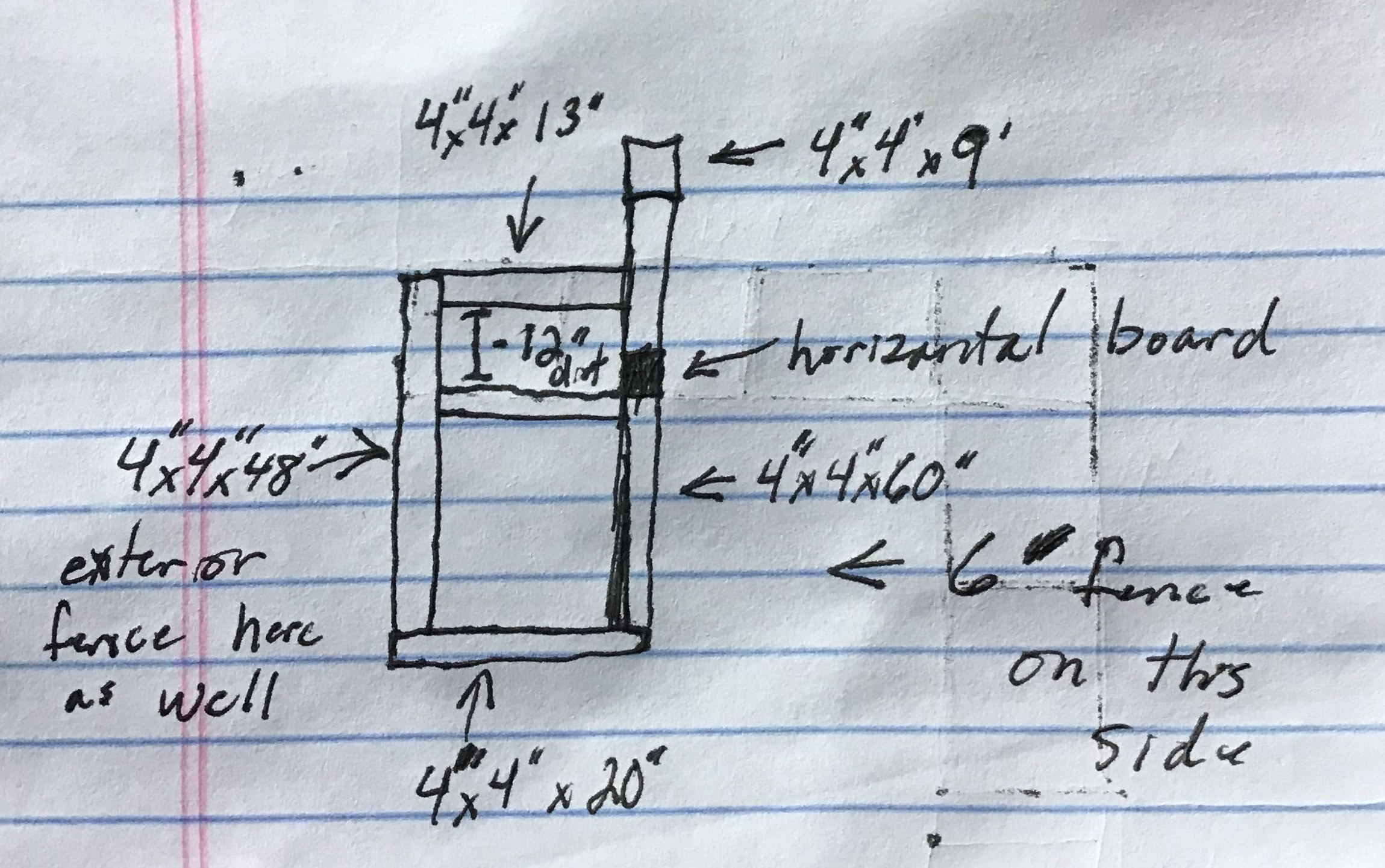 The planter: On the inside, box planters would be built with cedar (will be used for herbs and veg) into the structure at a 4' height and be 12" in depth the full width (minus framing) and filled with dirt; I would drill holes in to allow sufficient drainage. Below the boxes would be "finished" to look like fence, but would be able to be opened for storage. If I do a good enough job, it would look like a raised planter box with a fence underneath it and behind it (since the exterior fencing would be 6').

I think the strength and weight would be sufficient that anything less than a tornado are not going to affect it and since it is not using shallow posts sunk into the ground, I wouldn't expect heaving to be an issue. Obviously, deep posts would secure it into place better, but I was thinking it would last much longer built on top of a substrate that didn't allow water/earth to sit against the wood.

Am I overthinking this? Are there any considerations I have completely glossed over?

8' long on one leg, 10' long on the other, both 6' tall, resting "on top of the gravel", not anchored into the ground? The walls will act like giant sails in the wind with the ends leaning over or flapping in the breeze until a strong enough wind breaks the fence. You should dig the holes and sink 4x4's as you would regular fence posts, cementing them in for support.

61
Should I set fence posts in dirt, gravel, crushed rock, or concrete?
6
Setting posts for a sturdy garden fence
2
How deep in ground should I install 4x4 PT fence posts?
2
What is a reasonable depth and diameter for postholes dug in clay soil to support an 8' fence?
1
Should I add a mound of concrete on top of existing concrete to direct water away from fence posts?
2
Method for setting 6' wood fence posts in clay soil
0
Fence posts through patio stones
10
Filling post holes where fence was removed - suburban backyard environment
3
Replacing two fence posts within a 32" span
1
Notching 4x4 to Use as Fence Rail