I am looking to mount an over-the-range microwave above my stove, but there is no cabinet on top. Here's a picture: 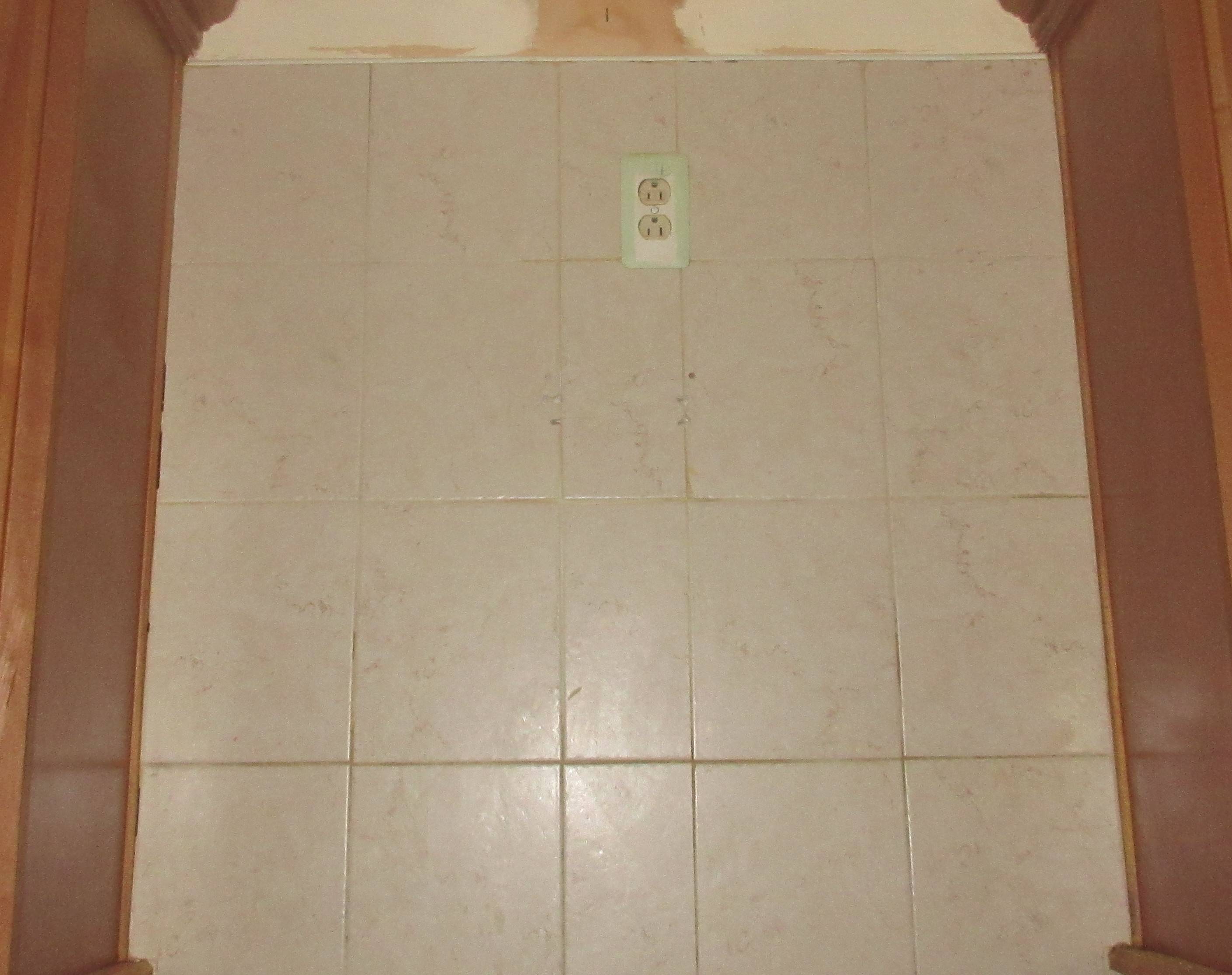 We originally planned to mount a shelf to the wall above the stove and use the shelf instead of a top cabinet for mounting the microwave. We bought a piece of 3/4" plywood and cut it to size. However, when we went to buy brackets, the guy in Lowe's said that he didn't think it would be strong enough.

My question is, would this work? Can we mount an over-the-range microwave using a 36"x12" piece of 3/4" plywood as the 'top cabinet'? Will it hold? What kind of brackets do we need for the shelf? The microwave is 65 pounds. Installation instructions are here.

There is another question on this site about this, but it is not as detailed and there doesn't seem to be a definite answer there.

mounting plywood microwave-oven
Share
Improve this question
asked May 5, 2019 at 21:17

3/4" plywood is plenty strong enough. The issue is the brackets. They need to be very strong and, most importantly, mounted directly into studs. I would not rely on anything less - toggle bolts, expandable anchors, etc. Screws into studs.

It may be a bit tough to find the studs - I'm not sure if a regular stud finder will work through the tile. If you're not sure, drill some pilot holes in the area that will be blocked by the microwave oven. Once you find the studs, drill pilot holes for mounting brackets. I would drill just a drop larger than the screw diameter through the tiles (so that you don't crack the tiles) and then a bit smaller (so the screw can grip the studs) into the studs. Ideally you want to go an inch into the studs, so probably 2" screws - 1" into the stud, 1/2" drywall, 1/4" tile and a little extra for the brackets.

What kind of brackets? Almost anything will do, but I would generally recommend something that: 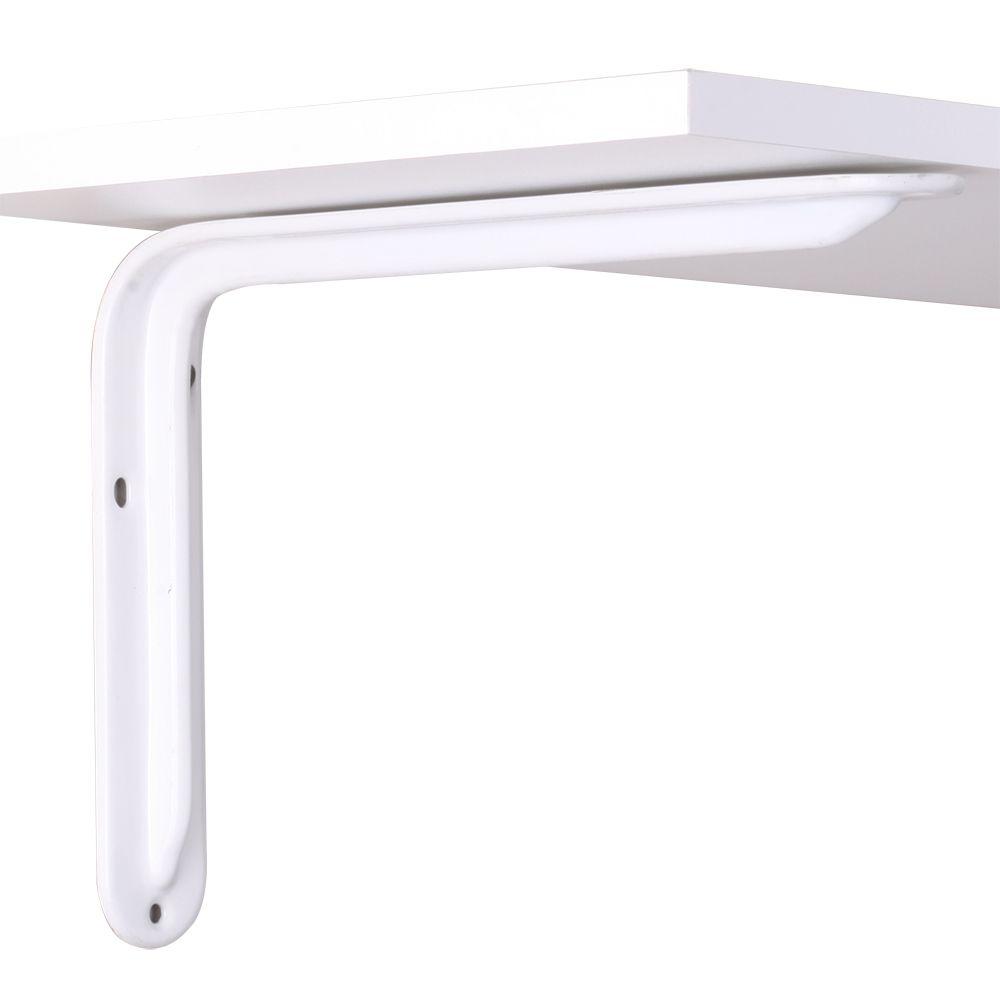 Depending on how your microwave oven mounts, you might want to attach the brackets upside down on top of the shelf, leaving a totally clear shelf for mounting the microwave oven underneath.

You will probably want to drill a hole (use a hole saw) through the shelf to run the power cable up to the receptacle.

The hard part will be the exhaust vent. Depending on the microwave oven and depending on your house structure (is it an outside wall? where are the studs?), you may be able to cut a hole in the wall (through the tile) for the vent. Or that may not be practical and then you would go up to the ceiling and then out (roof or to a side wall). But without an upper cabinet, any ductwork (except straight out behind the oven) will probably not look very good.

There are brackets made specifically for mounting a microwave oven on the wall. When you use these there is no need for a separate shelf. Do make sure to mount the brackets into studs and not just to the wall with hollow wall anchors. 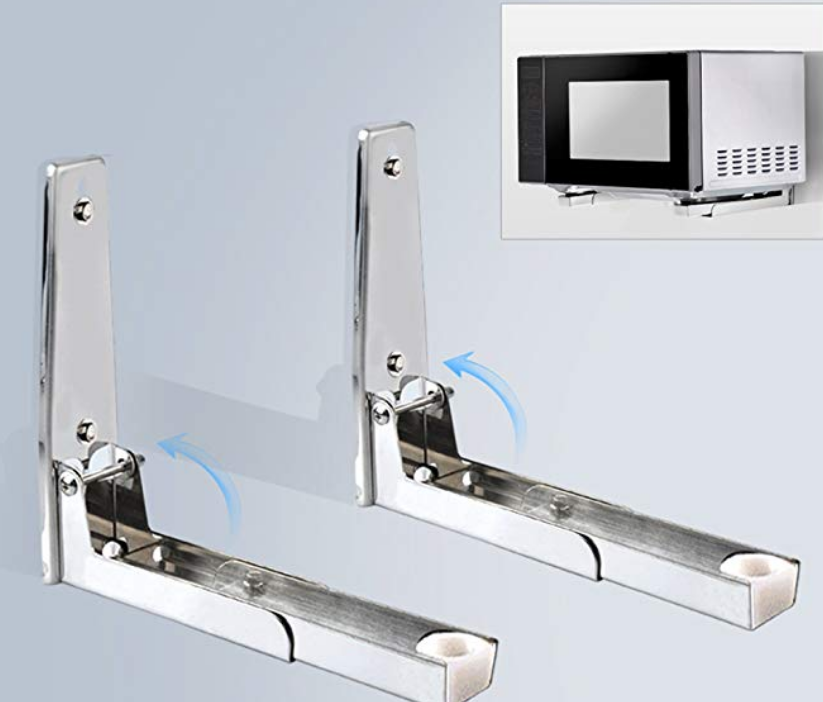 The set of brackets shown above are rated for 110 pounds when securely screwed into two studs.

I know this is an older post, but I didn't find any that solved this problem the way I did so I thought I'd share for anyone doing a search.

Not the answer you're looking for? Browse other questions tagged mounting plywood microwave-oven or ask your own question.

2
How do I mount this box without drilling or damaging the shelf?
2
Hanging an over-the-range microwave without top cabinet
1
What is the best way to mount a tankless water heater to a concrete wall?
0
Is it possible to mount a countertop microwave under a cabinet?
1
How can I bolt a microwave to the upper cabinet if the bolt hole is stripped?
0
Is it possible to shorten the flue/chimney of a range hood?
0
Can I hang a countertop microwave oven under a cabinet with custom hardware?
0
Mounting bracket best practice for cabinet against wall
0
Hanging microwave without above cabinet
0
What type of fasteners for server rack in plywood?