I have bought a motorcycle shelter that is likely to blow away in a storm. I'm looking for a couple of ideas to make this a bit more permanent. My main concern is the tent hitting any parked cars around me, but ideally I'd like to make it more structurally sound. The car park it's in is at least partially sheltered from the wind. I'm very much spitballing here as I have little experience in this field. This is the shelter frame 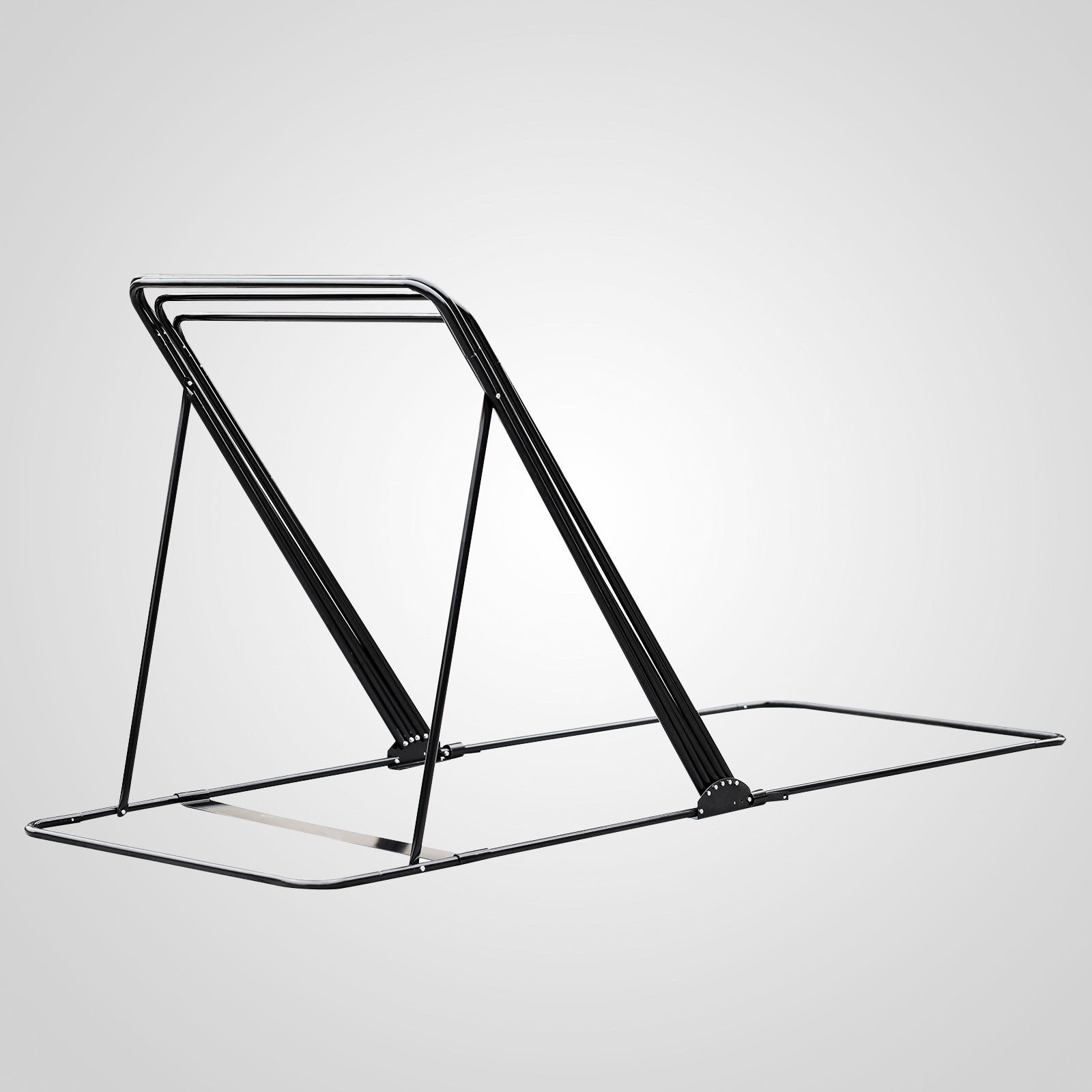 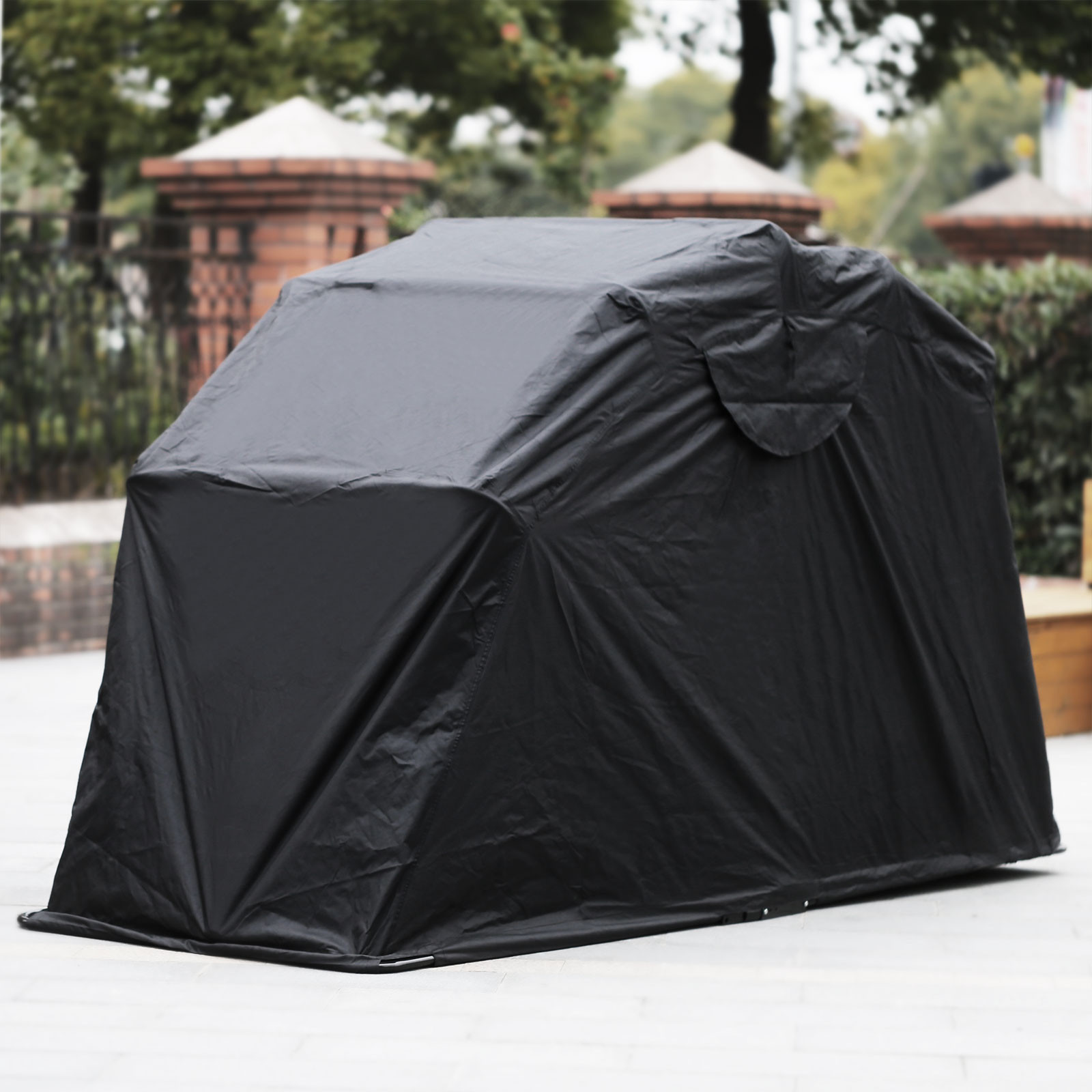 and so far the only thing I can think is to spray with waterproofing...It's quite thick, but the Australian sun is absolutely brutal so I'm sure there's additional things I can do perhaps?

frame weather-resistant
share|improve this question
asked May 5 '19 at 5:32

I have that structure for a trike. The tubing is galvanized steel electrical conduit and has held up relatively well for the last ten years. The fabric is not doing so well in the sun. I'm on the third replacement and it's become ragged and deteriorating. Unfortunately, I've not found a coating which will provide additional protection (yet).

The cross brace on my shelter is different, consisting of two plates. It's similar to what yours would be if you chopped the center flat portion away. I own, which allowed me to use concrete anchors.

The shelter has held up structurally through three hurricanes during the last decade. You cannot attach the moving portion to the ground on a permanent basis, obviously, but for storm situations, a temporary clamping method would be beneficial. I usually backed a motor vehicle until it was over the lowest "ring" of the shelter. This prevented it from flying upward during the storms.

If you attempt to add weights to portions of the structure other than the base, it should be noted that there will be distribution of the weight through the fabric attachment, which may exceed the strength of the fabric, especially as it ages. I can push my finger through almost any part of the existing canvas. Recent movement of the lifting portion also has torn some of the fabric.

Your idea of sandbags on the cross brace is sound, as well as any other weights attached to p-brackets. If you have room inside the enclosure, lining the perimeter with brackets and concrete blocks will provide additional security.

Not the answer you're looking for? Browse other questions tagged frame weather-resistant or ask your own question.