I have bought a gazebo (closed) that will serve as a studio and I want to place it on the edge of a wood that is approximately 400 feet from my house.

I was planning to run underground wiring from my existing electrical panel (if it isn't exorbitantly expensive) to a sub panel in the gazebo. We've determined that I will need 40 amp in the gazebo. I looked at the Southwire voltage drop calculator and it looks like I would need a 2 awg wire which I'm not sure could be wired to the existing 100A panel in my house- it is huge! Would I need a sub-panel on this end too?

In addition, I'm not sure whether I shouldn't change the existing panel in my house to a new 200A panel - it is a Westinghouse, from what era, I have no idea - I can't find any serial number on it. I have attached a picture below.

The run will go through a former local gravel 'pit', actually a hill that was levelled in the 50's, so it is pretty gravelly. It then runs into an area that is quite clayish and not terribly stable - there is a bit of creep on the surface. I assume the best way would be in conduit. I would like to allow for future capacity, should I make an addition on the gazebo, though I will be limited by municipal restrictions, because my land is in a 'panoramic corridor' facing the sea. So my maximum out-building area permitted is 400 sq. ft., one storey and I am not allowed municipal water nor sewage services.

All to say that the additional electrical requirements would be for a workshop (tools or, if I dream, a kiln? - that would require some serious electricity) So, given this and the size of the wire(s)that I need now, I would have to oversize the conduit for future wiring. Does one leave a feeder wire in the cable to feed future wires? How deep does one have to bury the conduit? Foundations here are at 4'-6'' - it freezes. Also, people sometimes drive onto my old gravel pit with their trucks so I guess I would have to take that into account.

Maybe a silly question, but we have a serious population of voles that devour roots and create a network of tunnels - I suppose they wouldn't have an appetite for plastic.. Would be grateful for any feedback you may have. This is really a great forum! 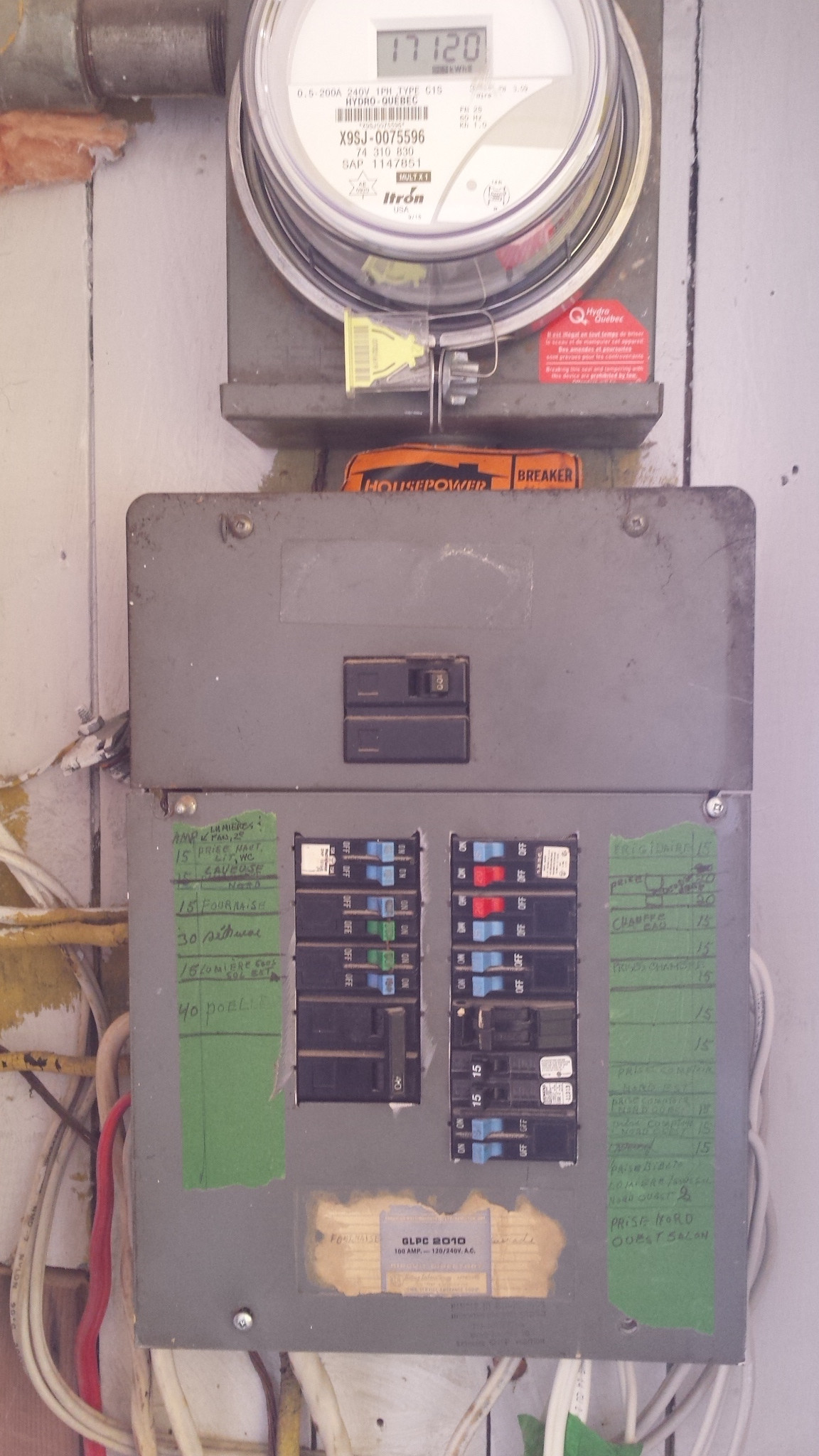 Your small loads are your enemy

US Mains power has two opposing 120V "hot" wires on either side of a neutral wire. All of them suffer voltage drop in proportion to amps actually flowed (which is what we measure). In a perfect world, you have two 120V loads almost equal. In that case power comes down hot1, passes through appliance 1 via neutral to appliance 2 and returns on hot2. You have voltage drop, but it occurs off of 240V, so it's not so bad.

However, if you only have 1 large load plugged in, you have a problem. Current comes from hot1, and returns on neutral, and the voltage drop hits you harder because it's a percentage of 120V instead of 240V. This necessitates stupid-large wires.

I thought of using a multi-wire branch circuit and quickly realized the above is going to be a deal-killer. Then I thought "A subpanel, then", but a subpanel doesn't fix it either. A transformer does. If a transformer is involved, it will only pull off the 240V supply, and thus will distribute any 120V load evenly for the lower voltage drop. Needless to say I prefer a transformer based solution especially since your power needs are right-sized for the 5KVA transformers often seen on Craigslist for $100ish. However, there is also a 2-transformer solution that will greatly cut your wire costs (or alternately, give you a solid expansion path on existing wire).

In this you run a single "super circuit" consisting of 2 hots, 1 neutral and 1 ground wire. You do not need a subpanel or ground rod by Code, but a ground rod is a good idea, as ground differentials could be dangerous.

Design for the load you expect to be normal, not the breaker rating, and spec voltage drop for that. At the very least you shouldn't plan to load a breaker beyond 80%, so 16A is the largest number you should use. Given the distance I'd be happy with 5-6% voltage drop. If it starts proposing #8 or larger copper wire, switch to aluminum and price both ways.

Mind you, if you had two large loads going, that would halve the voltage drop to 2.44%, because the drop would be applying to 240V not 120V.

In a Multi-Wire Branch Circuit you are breakering that for 20A because 20A sockets require a 20A breaker. That's all you'll get out of that. Ouch.

With only one large load, all the problematic math above still exists. A subpanel is not a magic wand to fix that.

However, a subpanel will have you put a 20A breaker on each receptacle circuit. That complies with the breaker requirement. And that means the feeder breaker can be bumped to the wire capacity of 60A, because feeder breaker ampacity doesn't care about voltage drop. That means you can put more circuits in it. For instance again, assuming 4AWG Aluminum, if you add a 31A/240V kiln (using a 40A breaker), you'll get 4.72% drop. That with a 12A/120V load running will cause 5.7% drop to the kiln and 4.2% drop to the blower. I could live with that.

OK. Let's say you fit a transformer at the gazebo. Since you want two 20A@120V circuits, that being 4800W or 4.8 KVA, a 5KVA transformer will suffice. It takes a 240V-only feed (you only need 3 wires; the wire savings helps) and provides 240V/120V to the subpanel-- hold on, that'd be a MAIN panel since it's transformer-fed, so you tie neutral and ground.

If you want to add a bigger 240V-only load later, don't feed it through the transformer. Have the house supply come to an additional 240V-only - well, it'll be a subpanel since it's directly wired from the house. That subpanel then serves your new big loads, and also the transformer that's right there. The transformer carries on making 120V power for the 120V loads.

We use two 120/240-240/480 transformers of the 5KVA variety ($100ish each) with the primaries jumpered to 480, and back to back. All this should be fully enclosed and locked down so nobody can get to the primary side of the transformers. At the house, we jumper the transformer secondary for 240V, and feed it with a 240V/20A breaker. (4800W ~= limit of a 5000VA transformer). At the gazebo, we connect that transformer's secondary same as above, to a subpanel.

Also, we only need 2 wires - the 480V run is isolated from both ends, so there's no need to run a ground wire.

So... 6-4 AWG Al is a solid choice that will last through almost anything you'd plan to do with it, and if you need to upgrade, you can just throw transformers at it instead of pulling wire. 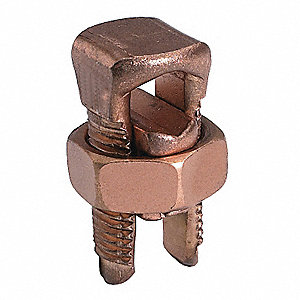 *Image is from Grainger, no endorsement or affiliation, just an example of the type.

You get the low voltage drop over the long run of cable, and the short segments at the end are fine so long as they are adequate for the amperage, which they should be - they play very little role in the overall voltage drop, as they are a very small part of the overall run. The junctions/splices of course need to be in a junction box, and junction boxes need to be accessible.

At this distance I'd consider a second meter and second drop form the service provider.

To run a sub panel at that distance you're going to need 4 wires (not three) and your going to need to bury the wires at 24" deep unless you use conduit and then it's 18" deep... That is 400 feet of trench with likely 1" conduit to get power to this remote location. You're looking at $3k+ in DIY materials and costs here.

Consult the local service provider on the cost of a secondary drop and meter base, the final costs will average out over the years and you aren't taxing the 100A service with the losses in the wiring to feed the gazebo.

8
Can I feed a sub-panel from a sub-panel?
4
Can I run 100A service from a 200A panel in a garage to a house with an existing 60A service?
3
Conduit Size for Sub-Panel run?
0
Installing a sub panel
15
Considering doing a 100A sub panel install on my own. Any guidance would be much appreciated
0
Use existing 200A panel as temporary sub-panel off of new 320A service panel
0
400 Amp service to 2-200-Amp Sub-panels
1
Wire and Conduit for Indoor Sub Panel with Outdoor Main Panel Through Attic
1
RV sub panel on main feed
4
Options for installing sub-panel