I have a question that is more theoretical in nature. I know that when you have 14/2 cable and put it in a 1/2 conduit you are above fill (or just at max fill). The NEC cites that this is in part due to heat dissipation.

The cables are usually entirely encased in the stud-bays (even less clearance than in 1/2 conduit), and while foam is a good insulator it is a bad heat-sink; it doesn't allow good heat-dissipation due to there being little to no air.

Since I've seen a few foam installations where the cable is completely covered there must not be a code regarding it, and I was just wondering why? Doesn't the foam pose an issue for heat dissipation?

Please when answering cite official sources if at all possible and don't rely on conjecture. 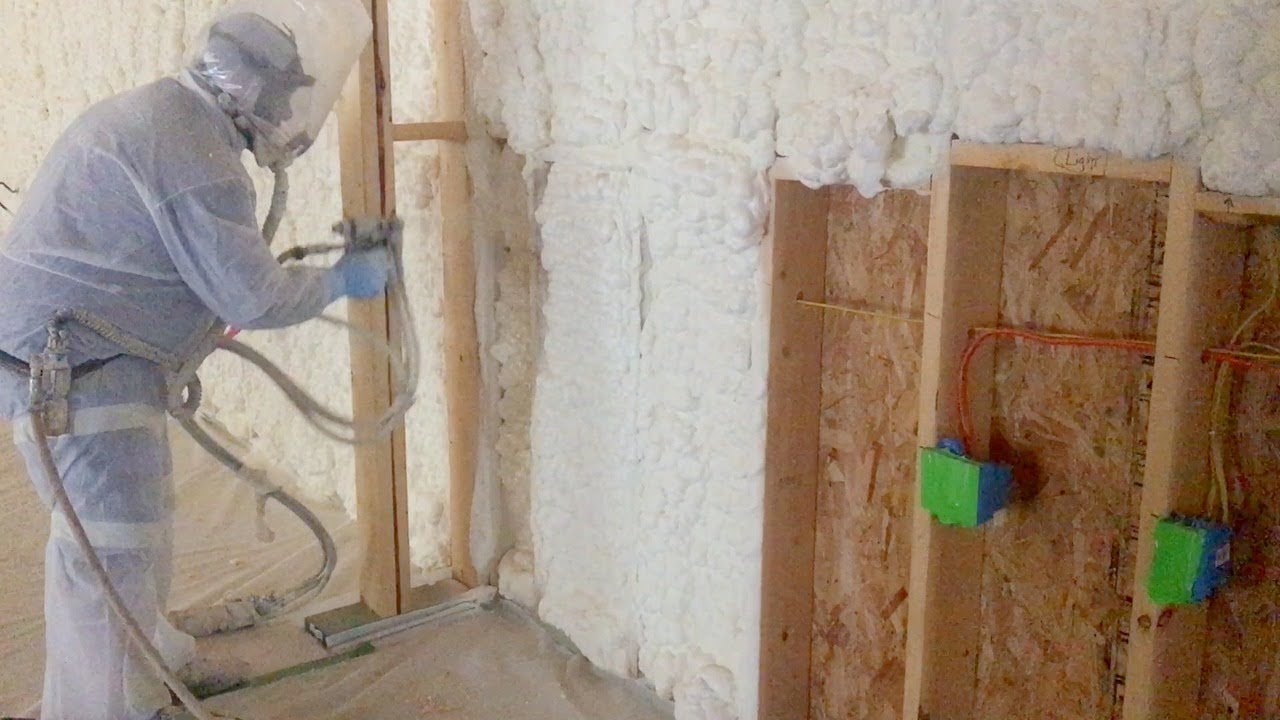 The foam isn't the issue, but a lack of spacing can be

Foaming NM cables into a wall (or otherwise burying them in thermal insulation) isn't considered to be an issue, provided that the cables were originally run in a manner that maintains proper spacing between them. However, not all installers are that careful, and for those who aren't, they find themselves staring at the third paragraph of NEC 334.80:

Where more than two NM cables containing two or more current-carrying conductors are installed in contact with thermal insulation without maintaining spacing between cables, the allowable ampacity of each conductor shall be adjusted in accordance with Table 310.15(B)(3)(a).

This covers the issues with mutual heating that you allude to when the current-carrying conductors are actually adjacent to each other, such as when a bunch of NM cables are run together. However, with the cables spaced out properly, they will sit separated by thermal insulation, which prevents the cables from heating each other up.

The limitations on cable in conduit have a whole lot more to do with the risk of physical damage to the cable. This is really hard to understand for Romex people, because they only know Romex and they've never experienced the pleasure of working with stranded THHN with that nice slick nylon outer coating.

By contrast, wrestling cable in conduit is a nightmare. No nylon coating, and it's stiff as hell. It's also fragile and vulnerable to damage, since it's not made for conduit. And it's very likely to jam, which means it gets tugged on hard because people are people, and that means damage.

Two is the worst case; effectively the pipe needs to be wider than the wide dimensions of both cables side by side. Because in the course of pulling, that will happen.

One thing that took me years to understand is that the ability to shed heat defines wire, cable and conduit ampacity. The thickness (cross-section) of a conductor decides how much heat it makes in the first place, and that is proportional to cross-section, which is the second-order of diameter - double diameter, quadruple cross section. However, ability to shed heat is proportional to surface area, which is the first order of diameter - double diameter, only double surface area.

That is why if you look at the ampacity tables, they don't ramp up as much as you'd expect to at the larger sizes -- doubling wire cross-section (going up 4 AWG sizes) doesn't double ampacity because it only increases the surface area (ability to shed heat) by sqrt(2).

That is also why the conduit-fill derate tables are so punishing above 9 wires. A 3" conduit has 16x the space of a 3/4" conduit, but only 4x the surface area (heat shed).

Anyway, in foam insulation, you have the same problem. A wire pair can radiate heat through insulation, not efficiently of course. Two wire pairs means it has twice the heat to radiate through the same inefficient media. More than two pairs, moreso; and at that point 310.15b7 is brought to bear. Spread the wires out and they are propagating heat through different media.

Not the answer you're looking for? Browse other questions tagged electrical wiring insulation spray-foam or ask your own question.