The Pipes are about 7.5 feet above the basement floor. I am in Canada. 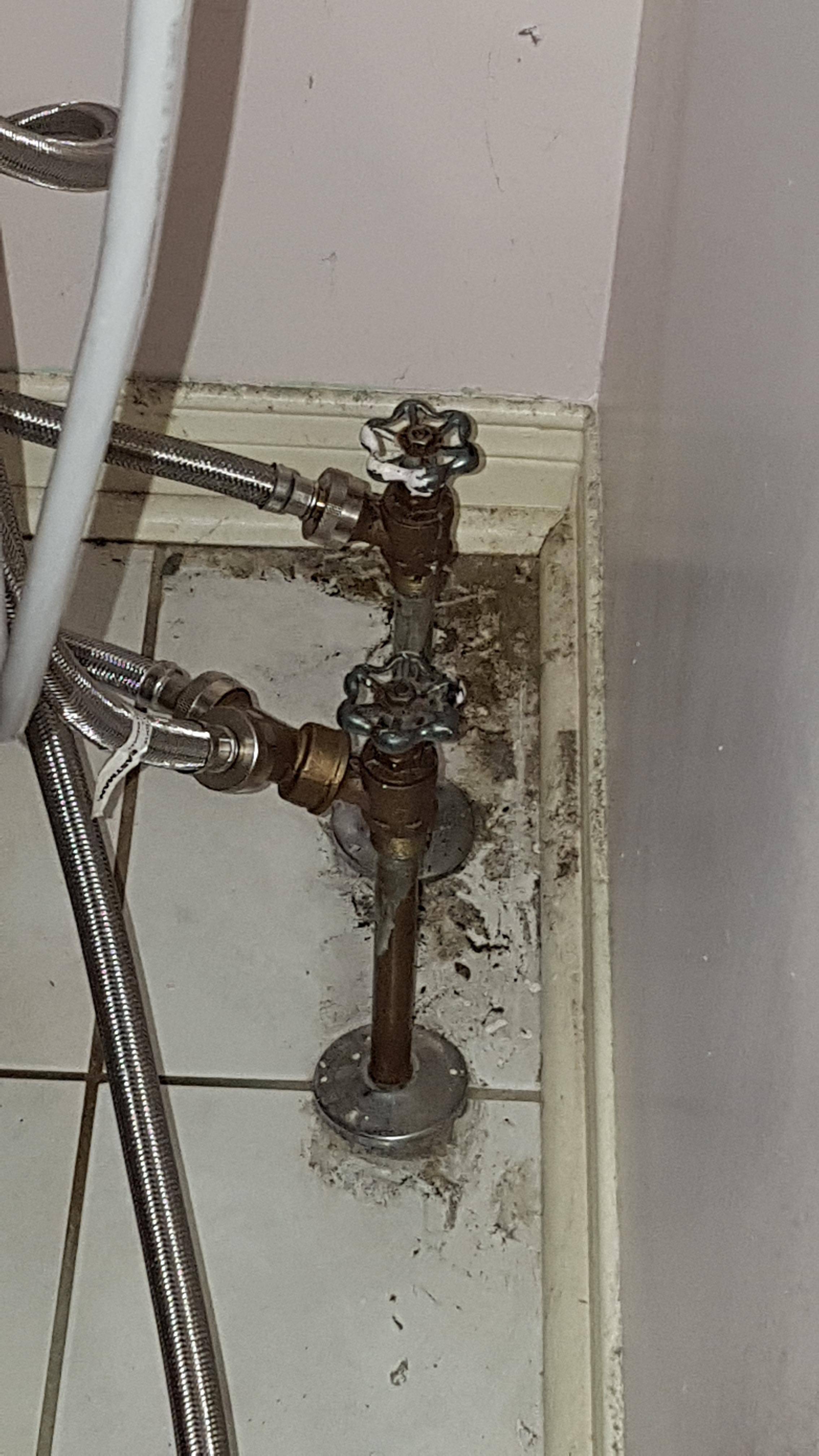 . The pipes are about total 2 feet in vertical length as measured from the 90 degrees turn from the basement, popping up the main floor laundry room, jutting up the floor by 3/4 foot ending in shutoff valves. As shown in the picture, the shutoff valves shut water supply to the w/m hoses.

We have been living in the house for 17 years now (bought new), and i have always wondered about the water pipes located above the main electrical panel in the basement. The hot / cold copper water pipes lead to the main floor laundry room supplying water to the washing machine and dryer. There is shutoff valve (both cold and hotwater) where the washer/dryer hose pipes connect for the water supply. It has been nagging my mind if this is safe, and sometimes have me worry the fact that the water pipes are sitting right above the main electrical panel of our home. Few things: (1) is this safe ? (2) Need advice to install shutoff valves (for both) in the basement where I can shut off the water supply in case of a leak, which will prevent water spillage down on the electircal box. (3) Install water leak sensor. 2 PICTURES ATTACHED. 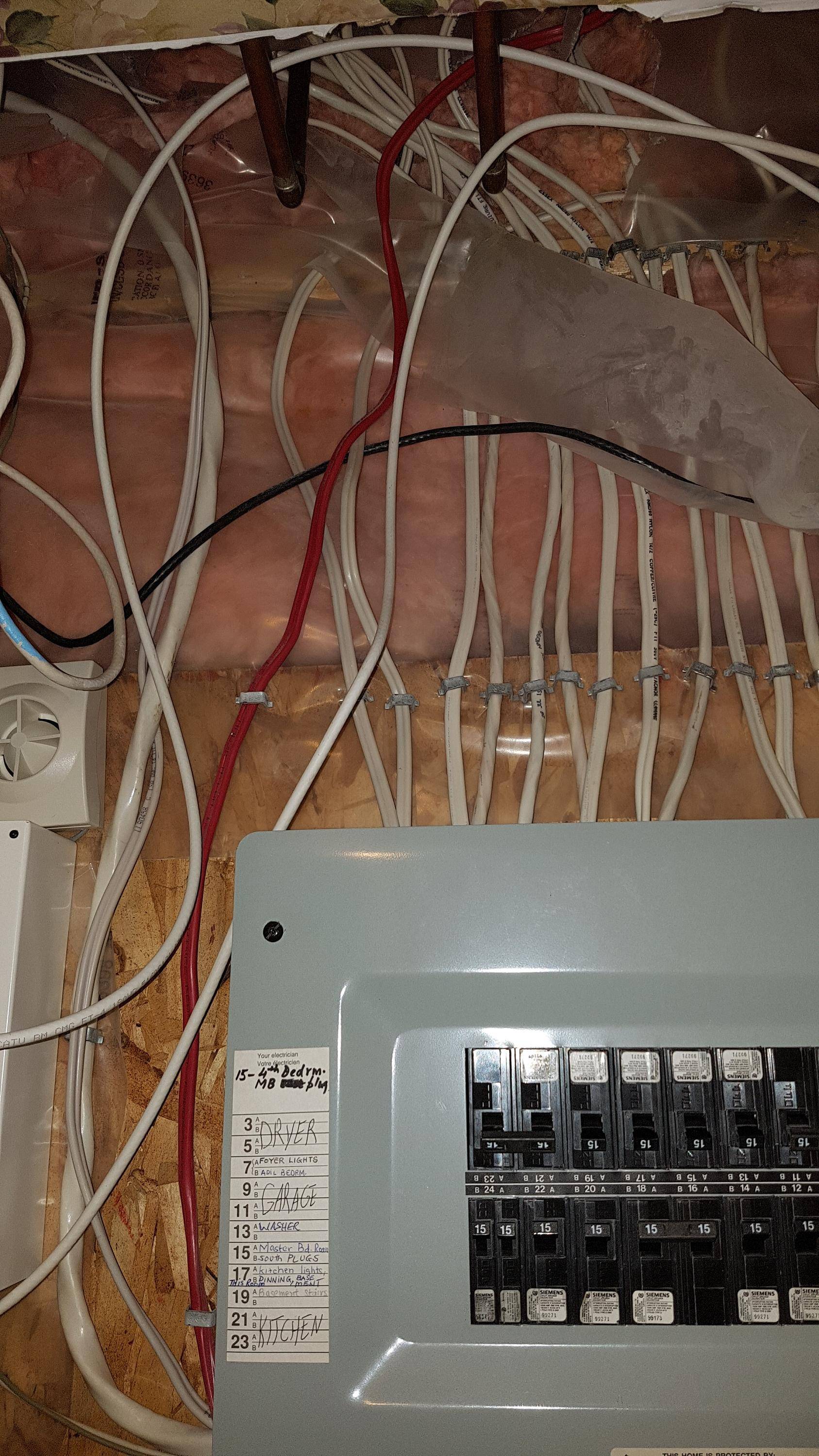 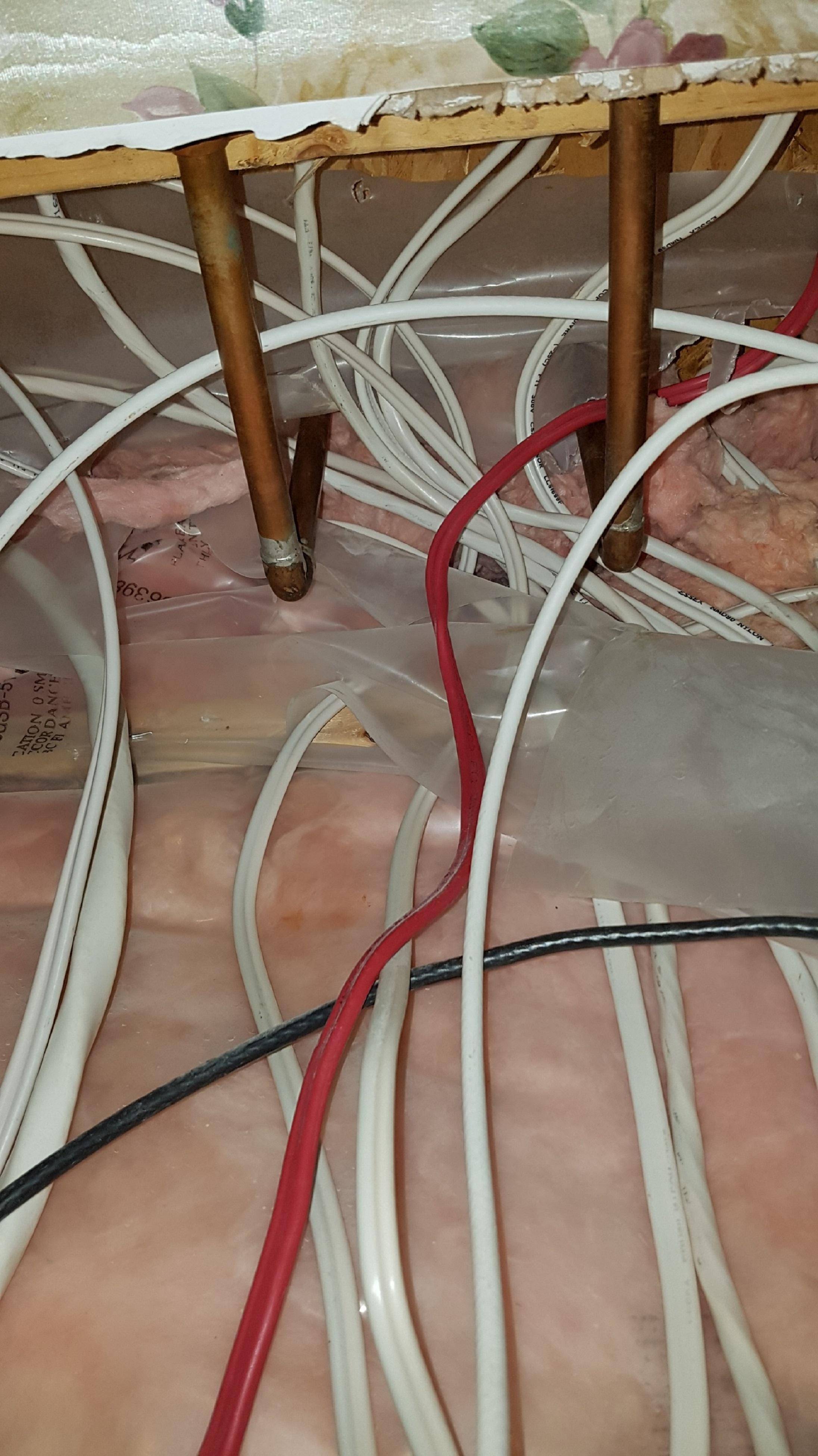 Mind you, all I've seen of Canadian basements was on TV (a really good show), so take this with a grain of salt. However, I can't say this is terribly unusual based on that (in later shows he did a fair amount of basement work).

Local codes might have something else to say, but generally your pipes run inside the basement (which is one of the primary purposes of basements), as well as your electrical panel is typically there (because it's out of the way). So it seems that it is assumed your pipes will be near your panel. It's also worth noting that if your pipes start leaking, you'll have larger issues than an electrical panel.

You can always install a whole house water leak shutoff valve (most of the ones I've seen are for 1" water lines, not the 1/2" line in the photo). It would stop a serious leak, but not a dribble. If you really want a cutoff valve in the basement, you can cut the pipes and put in a Sharkbite (push connect) valve.

Not the answer you're looking for? Browse other questions tagged plumbing electrical-panel or ask your own question.

0
Hot Water Pipes in Multistory House
0
Is it okay to shut off the cold water(blue tubing) to the water heater with the main water still on?
0
Bury water pipes, gas line, and electrical pipe
2
Do I need to turn off my Water Heater when changing my hot and cold bathroom sink flexible water pipes?
1
Prevent hot and cold water mixing through kitchen faucet
3
Why does my plumbing shut itself off?
0
How do I shut off hot and cold water in the house
4
How to shut of water supply to laundry tub?
3
Cold water leaking into the hot lines?