Rats - dealing with what appears to be a colony of them

Appears that we have a a large amount of rats that have taken to forming a complex tunnel system in a small patch of ground between the alley and our garage. There is an old stump, whose submerged root structure probably has formed a great little cavern for them.

We have had both the city and a private pest control service come and try to resolve, but so far smoke and poison has not been effective, and closing their access has only created really pissed off rodents that blast bigger holes.

We have not gotten to the point of removing any of the dirt for further investigation, so its unclear how much of a system they have created under the garage.

Assuming we can get rid of this set of rats, any recommendations for making that area less permeable for the next wave would be appreciated.

In addition, we have gone about to ensure the shared alley is as clean as possible, and for the most part there doesnt appear to be blatant rat/rodent attractions (debry, animal waste, etc) -- but there is only so much you can change in a city alley.

Thank you for helping fight the good fight!

If you're not squeamish, a trash can with a diving board and a pool of water in the bottom will kill hundreds of rats with low effort. 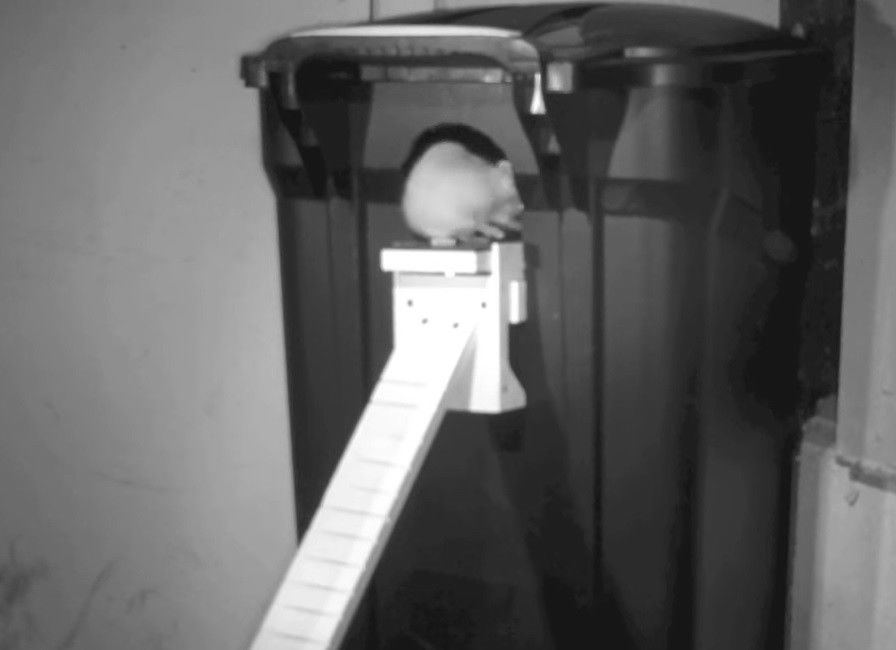