No power in outlets after changing light switches

This is a room with a two switch board and some power outlets. One Switch was controlling the fan and other it's light. Outlets, switches and fan+light were all working fine until I wanted to change the switches to smart ones. All connections appear snug tight and when I turn on power, one of the switches get power (its little indicator light glows), the other switch gets no power (indicator not glowing), fan AND light won't turn on irrespective of the switch status, most curious part is, outlets are all dead. It didn't trip as the first switch is getting power. Outlets aren't controlled by switches. What could be going wrong?

Note: The only thing I changed from existing wiring is the neutrals(white wires). neutrals weren't connected with the existing switches but 4 of them twisted together. I took 2 of them out and connected to each new switch (manual specifically asked me to do so). Otherwise, i was just recreating what was already there but with new switches.

This is how it looks: 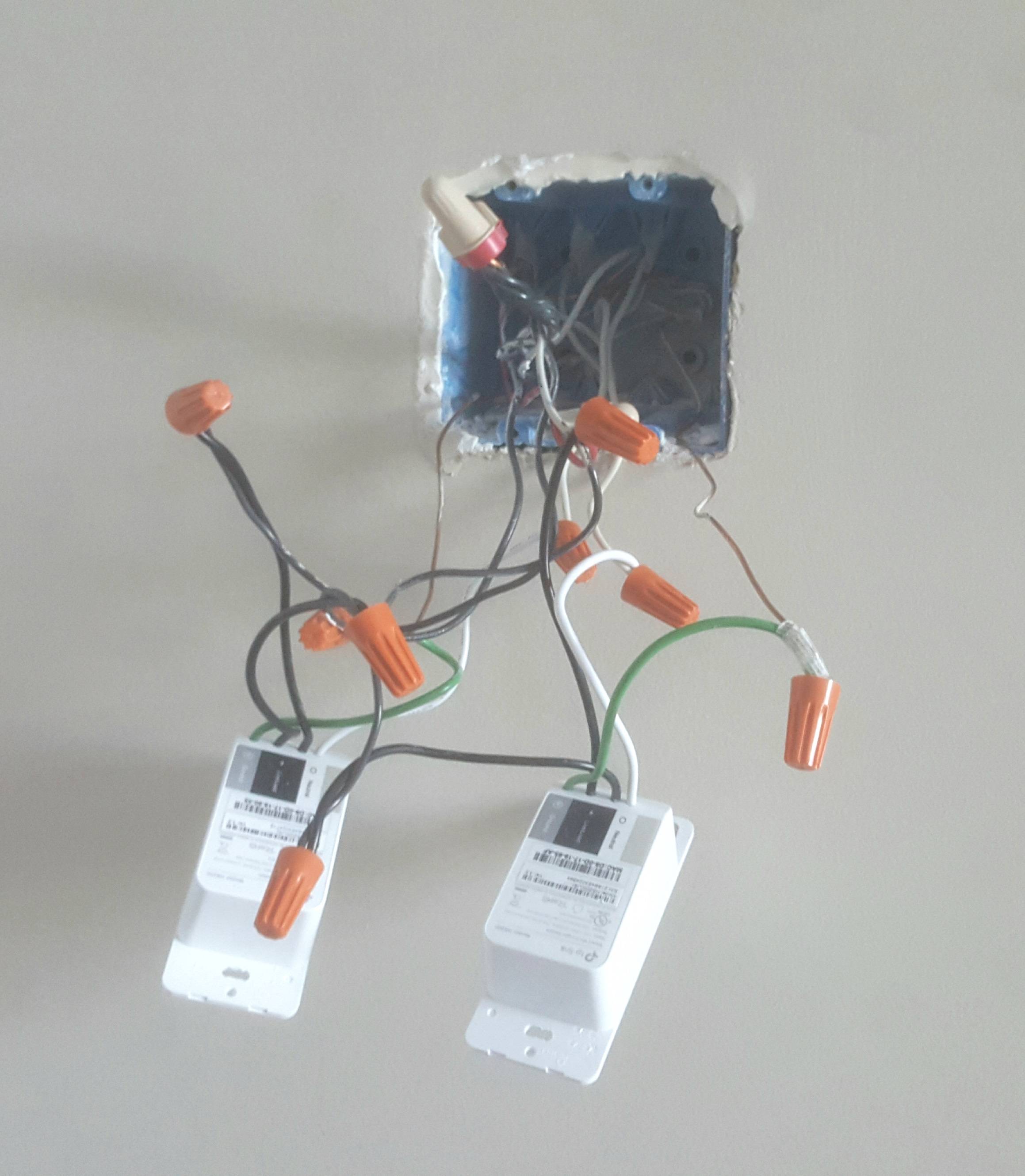 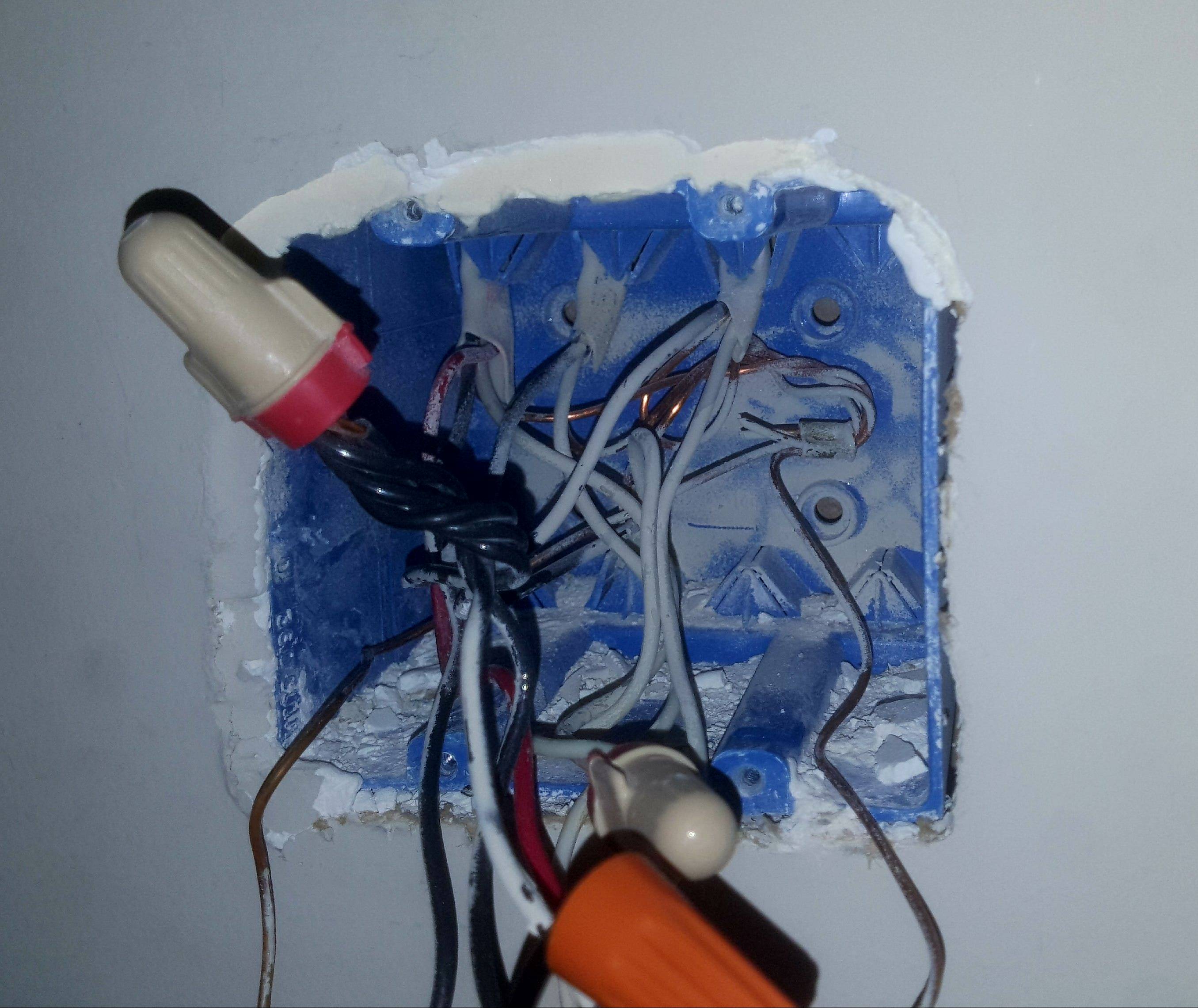 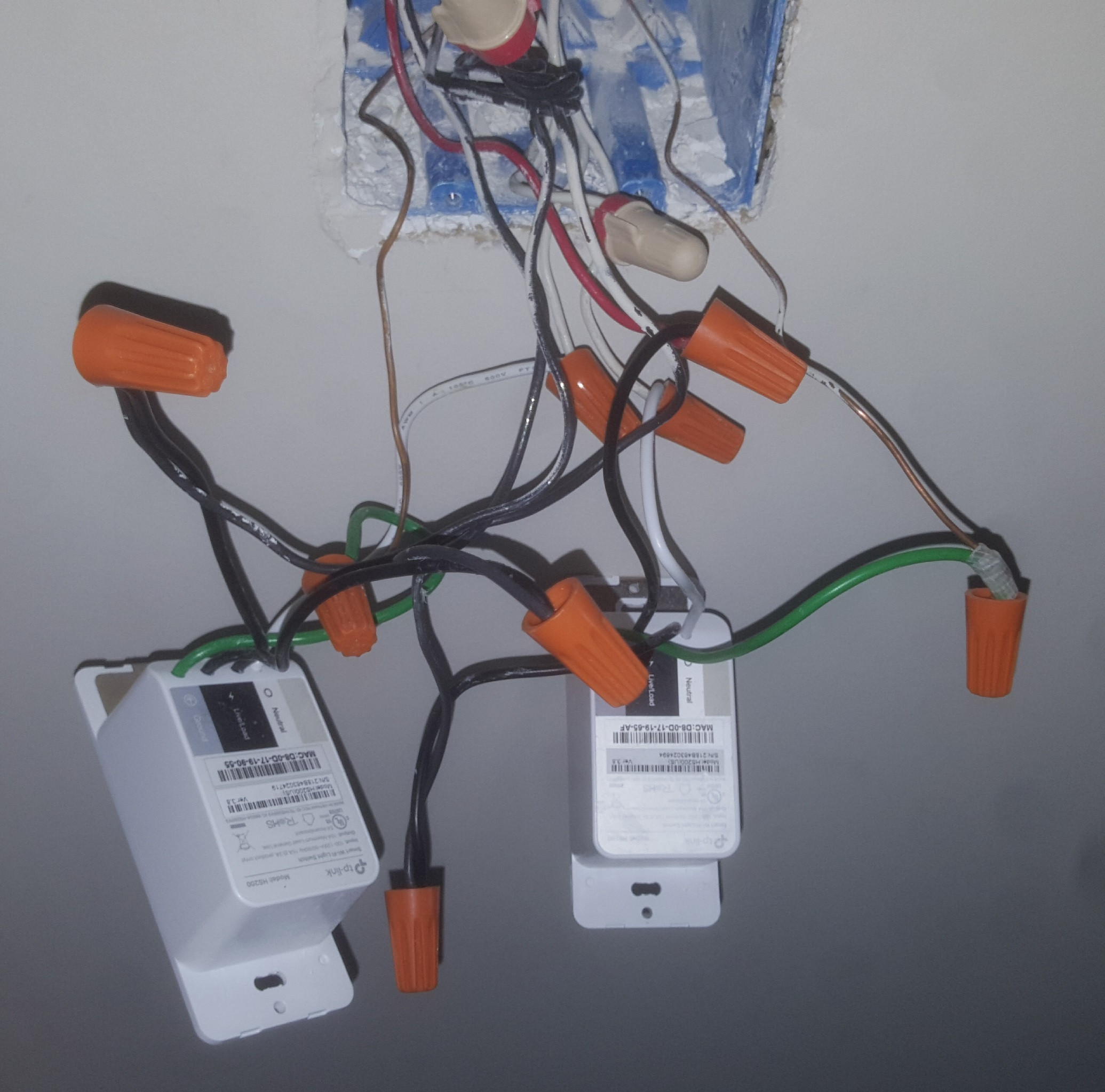 And this one is just a view from below to see that one of the switches receives power, whereas the other doesnt. 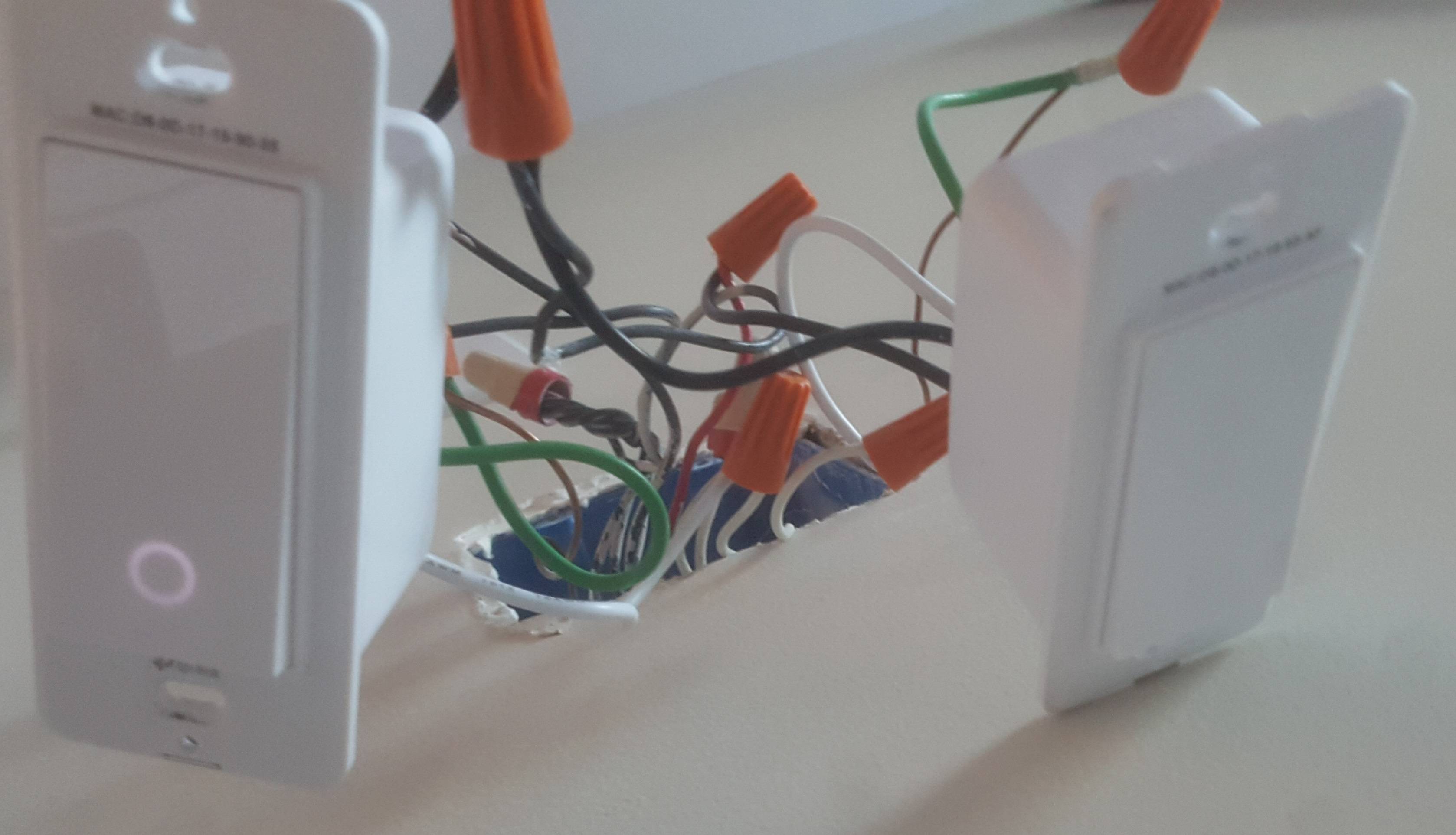 You need to get all those neutrals together

Your problem is that you split the neutrals up instead of bundling them together; thus, power has no way to get back from the other switch, the lights, and the outlets to the utility. The easy fix is to turn the power off at the breaker, unbundle the white neutral wires, bundle them all together with a big enough wirenut, button things up, and turn the breaker back on, then things should work.

Not the answer you're looking for? Browse other questions tagged electrical switch receptacle smart-switch or ask your own question.

0
Removing light switch but keeping the power
1
Is it common, or even correct, for both wall switches in a double gang box to provide power to a ceiling fan/light fixture?
0
Upgrading to smart light switches but have only one neutral wire in the box
0
Garage ceiling fan / light - changing switch
1
Can I convert a 3-way switch that switches half duplex outlets into an outlet?
3
How do I correctly wire my ceiling fan with these other switches and outlet?
0
My Light switch and outlets in a different location and light switches no longer work after replacing a dimmer switch?