Partial support of a beam

I want to attach a 2x12 beam to a treehouse attachment bolt bracket, and I want to double up the beam, as shown (the view is from underneath). The bracket is 2" wide, and apparently designed to accommodate a doubled beam – the bolt holes are offset toward one side, to go into one board only.

I'd been assuming I'd attach the beams through the plywood with bolts plus construction adhesive, but I'm open to other suggestions given the rest of the situation. Assuming the two halves of the beam are securely attached, will load from the outside board still transfer properly through the attachments if only 1/4" is supported? If not, what's the best way to make sure it does?

More information: I don't have a final plan for the treehouse, but the beam will cover a 12' span, and will be one of two identical beams on either sides of a tree, supporting joists in a 10'x10' treehouse platform between three trees. Knee braces will be involved. The treehouse will probably be single-story, made of wood, shaped approximately like a cube, and won't be bigger than the platform. I assume it will weigh about as much as a wooden shed, so somewhere between half a ton and a ton and a half. It will occasionally have live loads of as many as four kid-sized humans, with varying weights and wind profiles.

More Information II: the number and sizes of the children will vary. I'm assuming standard gaussian distribution of child weights and heights, per CDC Growth Charts for the United States, Methods and Development Series Report 11, Number 246. 201 pp. (PHS) 2001-1696[1], with a target rating of .04 children per square foot, per designation RA4V (100 sqft Conference Room) of the State of New Mexico Space Standards section 2.5[2]. Surface areas and wind profiles of children assume a cylindrical child.

Edit: I've also contacted the bracket manufacturer, who assures me that the diagram below will be fine. I'd like a second opinion.

Final Edit: It was difficult to choose which answer to select as they were all so similar, but I'm convinced that such a small bearing surface isn't ideal, so I selected the first one to say "don't do it." Ultimately I decided on a different configuration which will allow centering the beam on the bracket. 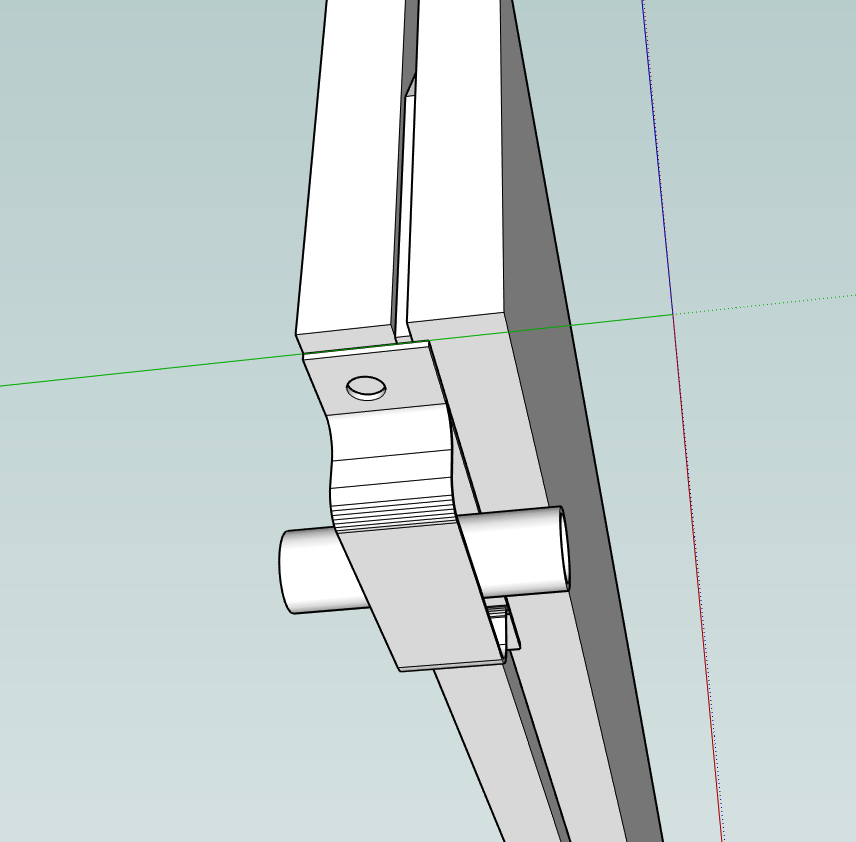 The short answer is that no, 1/4" of bearing doesn't have value. Any substantial load would cause the soft SPF lumber you're likely using to shear off. In modern construction you'd be expected to provide at least 3/4" of bearing.

Therefore, you're depending on the attachment mechanism between the two joist members. If you were to use a suitable number of heavy bolts near the end you'd eliminate the need for full bearing. That's about as specific as I dare get with the information at hand.

When your goal is to prevent rot, the best thing is to put those beams tightly together and then seal it all up with construction adhesive, or put a flashing on top of the beam to prevent water getting between the boards.

Having a space between the boards will allow tree debris to accumulate in there, and you basically have two separate beams (since they cannot as easily 'share' a load or transfer forces between them).

This is hard to answer without seeing more details about the size/weight of the treehouse and so forth, but I would think that once you bond the beams together the bracket would do the job. I would be more comfortable if there were two holes at each end of the bracket and the bracket were a bit wider (3-3.5") but I think you'll be OK provided that the wood beam is as "monolithic" as possible.

First of all, you need to get rid of the plywood spacers between the 2x12s as suggested by Leo. What you want to do is essentially build a 4x12 so you'll want to have as much surface contact between the individual 2x12s as possible. You would then coat the joining surfaces with construction adhesive or waterproof wood glue and clamp it together tightly while the glue dries. I'd also strongly consider adding some hardware (through bolts, lag bolts or even long screws.)

I agree with the guys above. First 1/4” does not seem at all adequate. Secondly I agree remove the spacers and glue and screw it. But I would say you would def want more solid support under both beams.

Not the answer you're looking for? Browse other questions tagged beam treehouse or ask your own question.

1
Fix sagging beam situation
5
How can I attach pony wall to surface of platform and will it be strong enough against lateral forces?
0
Attach Porch Roof Beam to Side of House
0
Can I calculate beam size if I know length, and weight support requirements?
0
Post and Beam sizing for 10x10 shed workshop?
1
Is my treehouse platform structurally sound?