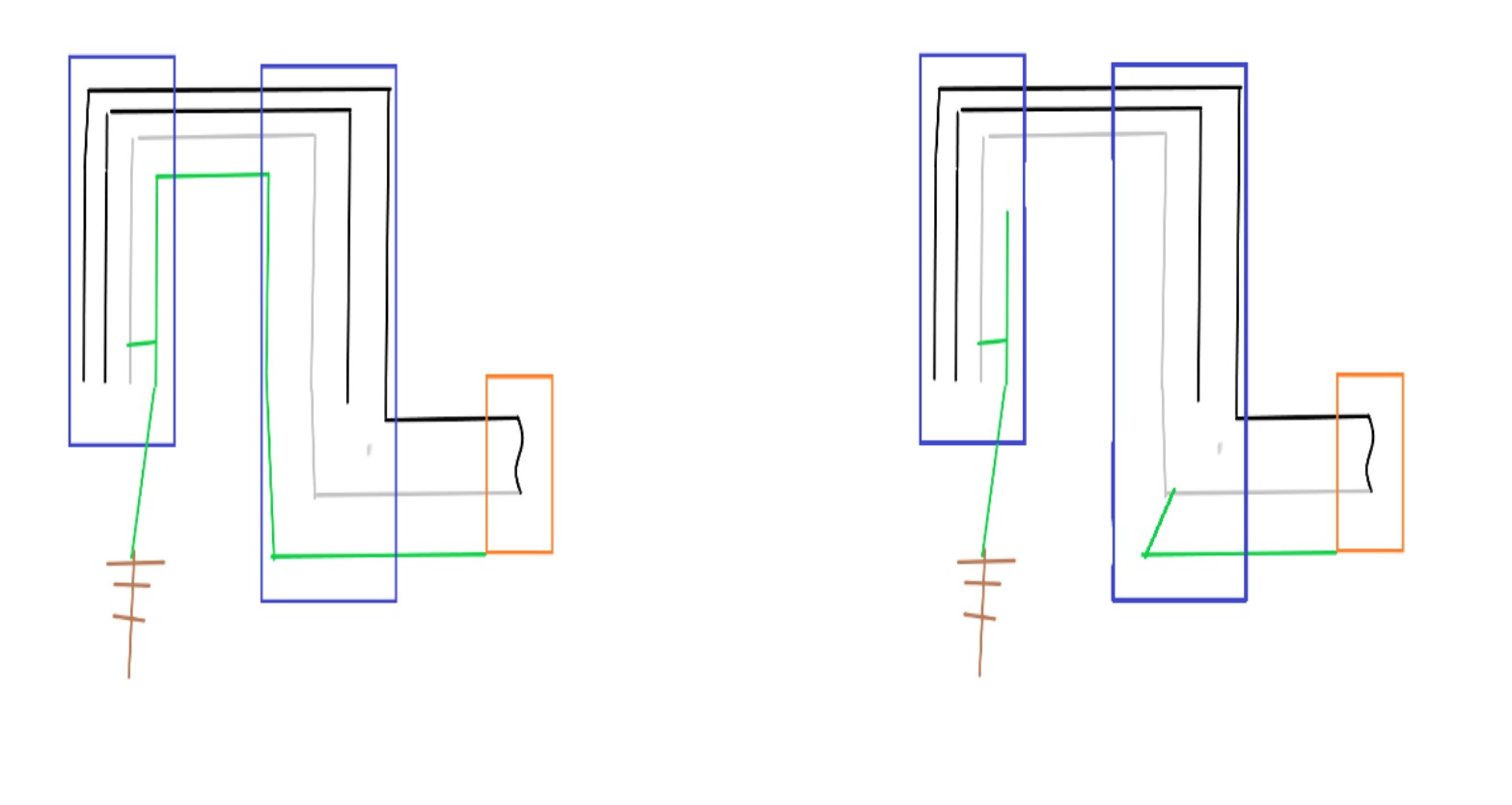 I added a drawing. of both wiring configurations. The only advantage I can see is the 4 wire gives you a dedicated ground fault circuit vs sharing the neutral wire. Open neutral between the two panels would make the ground hot in the 3 wire.

Open neutral between the main panel and transformer would make the ground hot in the 4 wire.

I am trying to understand how this works and why the code changed. In this case you have a detached shop 250 feet away with no plumbing or other connections to the house with the main panel.

The current NEC code requires a 4-wire feeder so there is a separate grounding connector between the Main and Sub panels. The neutral and ground are not bonded in the subpanel. In this setup if a hot wire coming in contact with the non-current carrying parts of the electrical system, (outlet covers, panel covers etc), the 4th ground conductor will provide a low resistance patch back to the source tripping a breaker. This 4th grounding connector ties the ground rod at the sub panel to the ground rod at the Main panel making a grounding system.

How were the sub panels wired when 3 wires were allowed? Was the neutral and ground bonded in the Sub panel so the neutral wire served as the grounding connector? Was this code changed for the same reason 220 volt plugs went from 3 to 4 wire?

Back in the old days, grounds didn't exist at all. Mains electrical was wired as an isolated system. It still is, but now we've added ground as a safety shield.

When they started to require grounding, they went to pains to make sure they weren't mandating old work be retrofitted. Old work is "grandfathered" - if it was legal at time of installation, it is still legal today. However grandfathered work does not have the safety features now required; because of that many upgrade it voluntarily.

In some cases: dryers, ranges and subpanels, they allowed groundless connection, but attached ground to the neutral wire "since they're the same back at the panel". That proved to have problems, as you mention in comments. Notably a simple wire break of the neutral wire can result in all things which are supposed to be grounded now being electrified.

Now, in a subpanel, it is normal for the load not to be balanced, and for there to be say, 20A of flow on the neutral wire. What happens when that neutral breaks? Now the current is trying to return via the grounding rods. And at 25 ohms, which is the max resistance allowed for a single ground rod to be acceptable, that doesn't have a chance of safely earthing that much current.

Not the answer you're looking for? Browse other questions tagged electrical-panel subpanel grounding-and-bonding or ask your own question.

0
New Main Panel & Sub-Panel - Hooking up Ground / Netural - Connecting to Plumbing / Ground Bar
2
2 wire sub-panel corrective action
2
Existing 3 wire service feed to sub panel: bonding grounded neutral and ground bars?
1
Is a Redundant Ground at Sub-Panel Permitted? Useful?
0
Grounding a 3-wire sub-panel in attic
1
How should a sub panel be grounded if next to the main breaker?
1
Campground sub panel grounding question
1
Grounding for sub panel breaker
2
Can I use an existing Ground Rod for Sub-Panel in Detached Garage (Meter box is using the rod currently)