What type of space heater should I use in a child's room?

I have a bi-level house in Michigan. The lower level is much cooler than the upper level, which is awesome except we're trying to move my 1-year old son to his own room down there but it's much colder than what we would like. We'll keep the upstairs at ~75F, but his room won't get higher about 67F. This is even with shutting off all of the vents downstairs. We'd really like to get it to at least 70 or even 72.

We would like to use a space heater to keep the room at a warmer temp. The room is on the small to medium in size so it seems like a space heater would be more than adequate.

Is there something out there that:

Or, in general what type of heater am I even looking for? I don't necessarily want to heat a specific point, but raise the temp of the whole room. There seem to be a variety of types and it's unclear which would be best.

I'd go with a permanently installed baseboard heater with independent temperature controls (i.e. not connected to the main thermostat.) These are attached to the walls so that it can't be tipped over.

You can get safety covers for them which will keep little fingers out, and also make it more attractive.

You will need to get an electrician in to do the wiring, so you might wish to install a wall mounted thermostat at the same time.

We have a similar issue in my daughter's room. It is always colder than the rest of the house, because it is the last vent on the run, has 3 outside walls, and has a bay window.

We ended up getting an Infrared Space heater like the one below. It will not tip over, the heating element is all inside, and it has a thermostat. Having said all that, the thermostat is not very accurate. 72 degrees may actually be 74, but once you get the setting you want, it works really well and is fairly energy efficient. 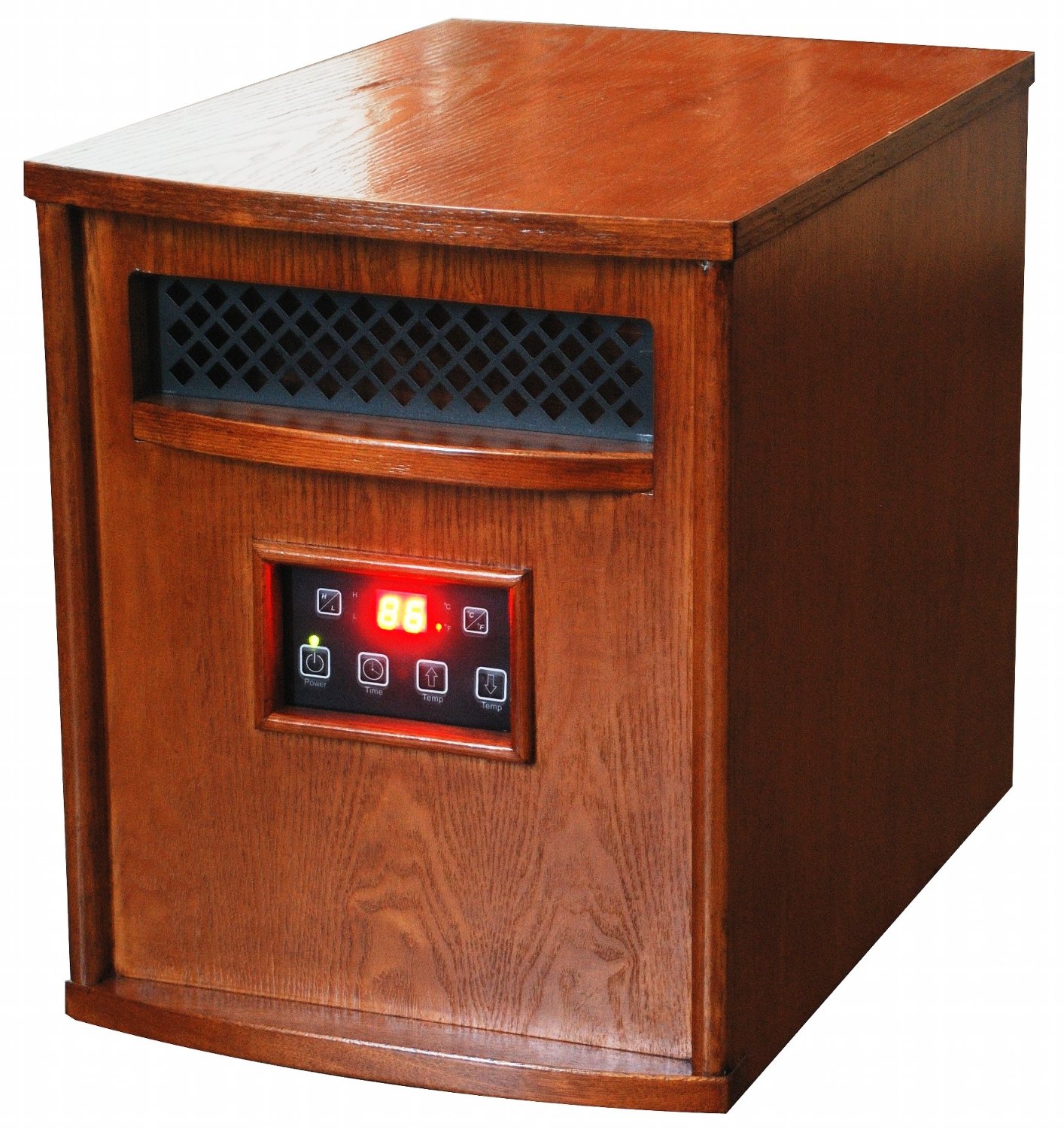 Not the answer you're looking for? Browse other questions tagged heating child-safety or ask your own question.

1
Ceiling / Wall mounted heaters recomendations?
4
What could be causing my bedroom to be so cold, and how can I make it warmer?
0
Is it bad to have the bottom of a baseboard heater covered?
1
Reducing Heating Costs - Old Brick Apartment, Space Heater vs Central
0
Tri-Level Home, 3 Zone Boiler heat, Lower Level is FREEZING, No Heat???
1
Can I move warm air from 2nd floor to basement to help with heating?
1
How can we prevent the upper floor in a split-level home from getting too warm?
1
Wiring garage heater to fit a NEMA 14-50 range plug