How do I replace a storm door when I have a cracked door jamb?

So my storm door is in rough shape, and needs to be replaced. It is a Larson storm with two closers (one at the top and one at the bottom). The replacement door I have picked out is a Pella Select with the same double-closer arrangement (haven't bought it yet).

The door jamb around the upper closer is cracked. Here is a picture (with a ruler for scale). 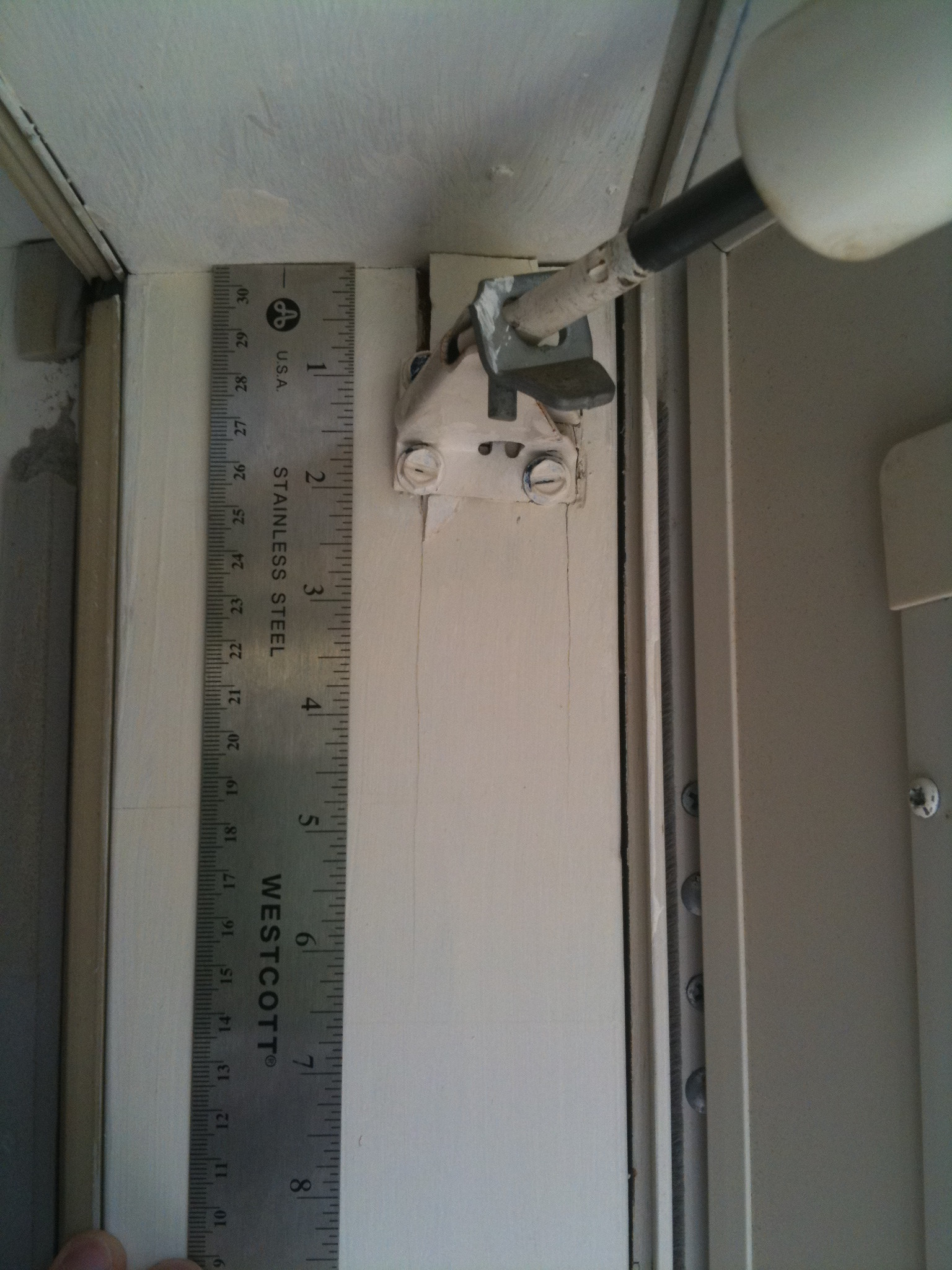 So, I need to repair the cracks. Also, when I replace the door, I would like to use some bigger/tougher brackets so the new screws don't align with the old cracks, and to prevent a similar problem in the future.

For repairing the cracks, my plan was to remove the old door/closers/brackets and fill in the cracks with wood epoxy, let it cure, sand, and repaint the jamb. In the past, I had good luck with this Elmer's product to fill in some rotted wood trim. It cured harder than the original wood, and was easy to sand and paint. (I never tried putting screws through it though.) So, I was planning on using the same thing again.

Installing bigger/tougher brackets seems to be a challenge. As you can see in the picture, the closer is very close to the edge of the door jamb (<1 inch), leaving me very little room to work with. On the new Pella door, the closers appear to be closer to the edge than the old door, so it will be an even tighter fit.

Option #1: The two local home improvement stores sell the same brand of over-sized bracket (this one). However, I have measured this bracket, and I don't think it will fit. It is too tall, would hit the top of the jamb. (Maybe I could file off the edge of the bracket.)

Option #2: I found this product called the Ultra Jamb Reinforcer. Basically a big metal plate that goes under the bracket. It supports being mounted in a top, middle, or bottom arrangement. Using the top & bottom arrangement, I should be able to mount a pair of Ultra Jambs with room to spare. I also like the Ultra Jamb because the screw holes are spread out, which would (hopefully) take stress off the cracked/epoxied wood.

Option #3: I could probably build my own reinforcing bracket with some strips of metal from the local hardware store. Just hacksaw, file, and then drill some screw holes. However, anything I make myself will probably not look as good as an off-the-shelf product.

So, my questions are:

I agree with Jeff Widmer -- you don't need a bigger/stronger bracket, as it's not the bracket that failed, but longer screws to properly fasten the bracket.

Given that, your jamb repair doesn't need to be structural so don't sweat how strong it is and just make it look nice with whatever product you've used before and liked. After you drill your pilot holes for the new bracket screws, drill out the repaired jamb with a bit that's larger than the screw threads so the screws don't stress your repair. Of course you want this larger hole to only be the depth of the jamb, maybe 3/4".

Can you just use longer screws? The screws would not only go through the damaged wood but also into whatever support is behind it. Of course this would not work if you have a side light on that side.

The other thing to consider is not using a storm with a double closer, but just one on the bottom (although you may have a reason for the double closer).

Not the answer you're looking for? Browse other questions tagged doors door-frame storm-door or ask your own question.

0
Front door weather sealing - tapered gaskets for twisted jamb
0
Extending door jamb
1
how to repair bi-fold door with fallen slats?
2
how to properly hang door when wall is far out of plumb?
1
Door Jamb and Moulding as Load Bearing?
12
Do I need this special strike plate on my laundry room to garage entry? It's creating problems with a new lock
0
How/Where do I install storm door in a 9" deep door jamb with Pilasters?