I am installing vinyl plank flooring. I am stuck at the door. The problem is that I have a gap (for expansion) that is near to entry door. I want to hide this gap as this looks ugly (see image attached).

Please suggest how I can hide this gap. Note this is entry way door. Any information will be really helpful. 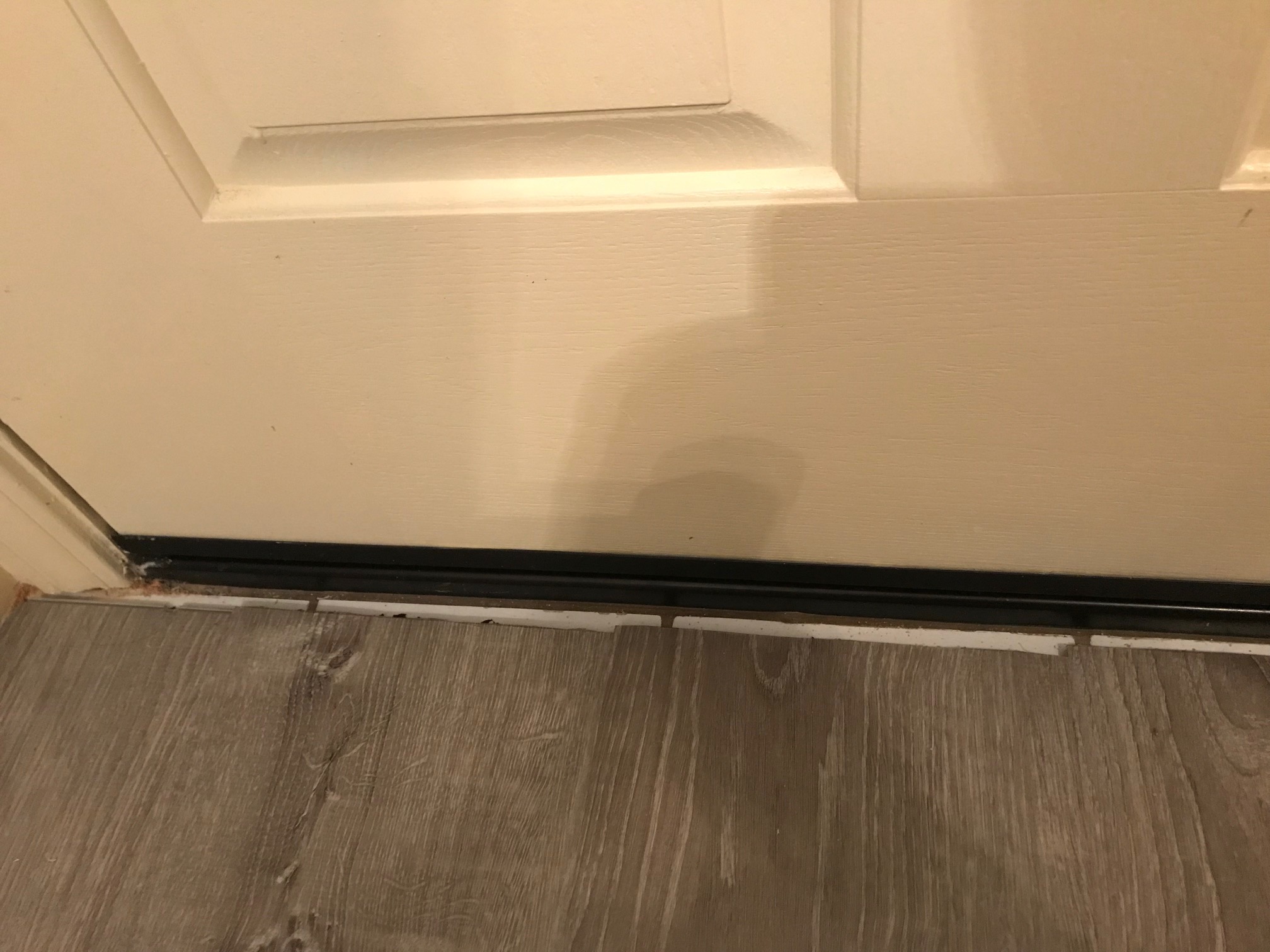 You installed your floor properly as long as it is maintaining the minimum gap at the door, but you needed also make room for a transition strip which requires about an inch of room from the door.

Since there was no clean way in my eye to terminate the transition strip, I let it run from trim edge to trim edge as Illustrated one picture but since it blended in with the flow of the floor, it is not highlighted very well. I included another picture that I have not trimmed out yet

I do not have any pics of the process, but some of the space was too tight on some of the doors and needed to be cut in place. I used a multi-tool and a straight edge to do this but it can be done with a razor knife with much care and a straight edge. I also modified the transition strip to make it more narrow. I do not like transitions strips as it is, but the nature of the floor requires them

Well, first I would have cut those planks longer so they extended under the door...

I would use a bevelled trim to cover the edge now, usually they are only 1 or 1.5" wide, but wider ones can sometimes be found.

Not the answer you're looking for? Browse other questions tagged doors trim vinyl-flooring or ask your own question.

2
Do vinyl planks need an expansion joint between rooms?
2
Is this small slope a problem installing vinyl plank?
0
method to rout rope beading in door trim - rope bit or side cutting
1
How to maintain a proper gap while installing vinyl plank flooring under the existing baseboards?
0
What should I use to fill big gap around door frame?
1
Installing Trim for new Vinyl Plank Flooring
1
Exterior door trim, where jamb and sheathing are not plumb
1
Is there a way to remove this sliding door without taking down the trim?