How to on this retrofit led recessed light 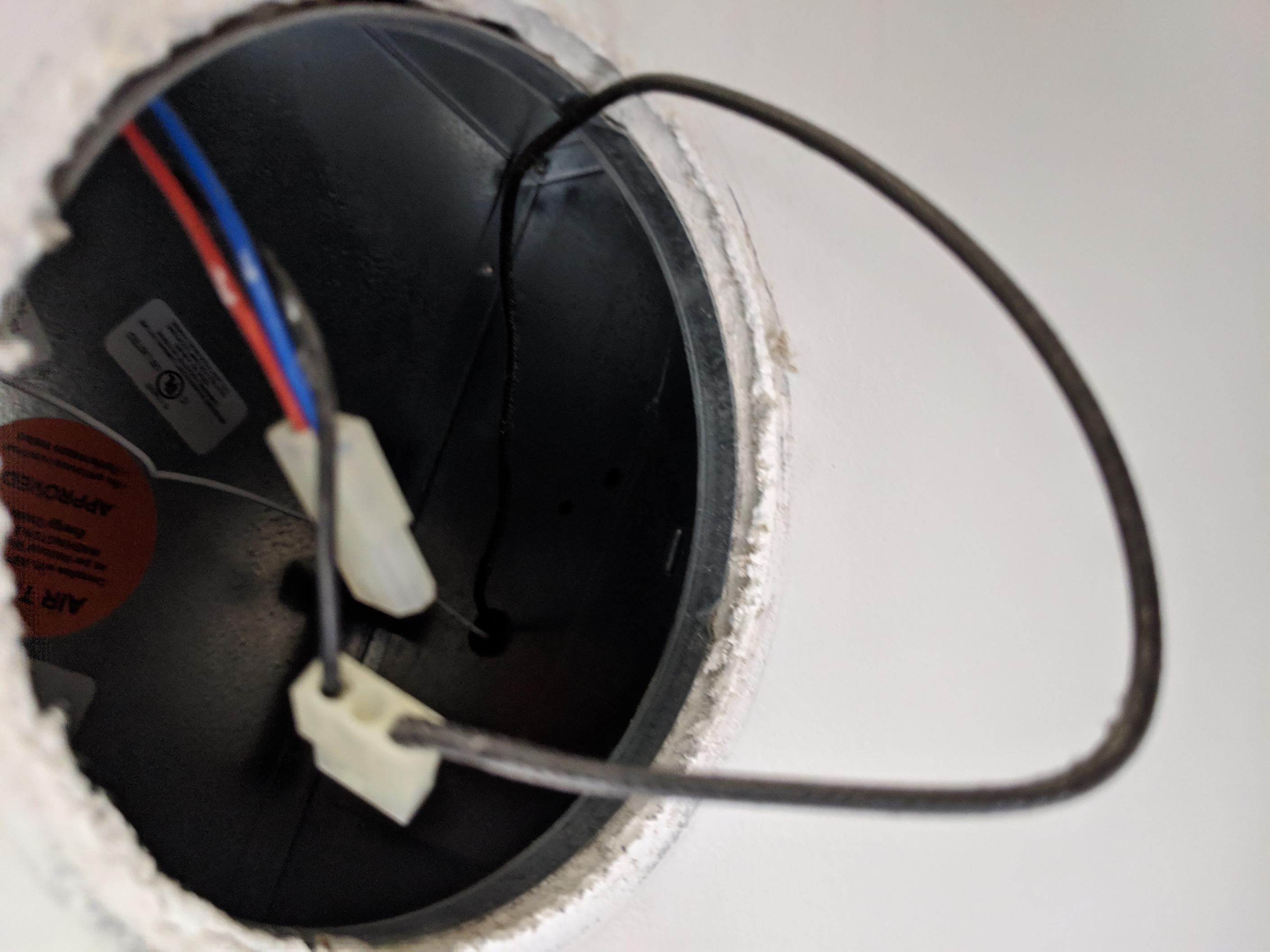 That's the inside of my can on my recessed lighting but the new retrofit led plug doesn't fit that. What do I have to do in order to retrofit a new led light in that old fixture to avoid me going into the attic and removing insulation?

Depending on the not yet clear "what's going on with the old wiring" - somewhere, the old wiring ends up feeding power to the old lights.

The retrofit LEDs I've used have a socket-to-screw-in-base adapter included, and I just cut off the screw-in base to get the mating connector that matches the new fixture, and wire it to the wires feeding power to the old lights, where there isn't a socket to screw that into. If there is an old socket that's not in the way of the new light, (or which can be raised out of the way in the old can) just use that adapter as intended.

Alternatively, you could (perhaps, not having seen that half yet) cut the mating plug off the old fixture and wire it to the new fixture. I generally choose the newer part to "save" in this situation rather than the older one, though.

You often need to attach a separate ground conductor to the old can from the new light, as well. The old lights often don't have this, IME.

You removed too much of the innards.

Put it back and see if you can remove part of it in a way that makes sense. (feel free to do this on the bench, no need to strain your neck).

Also, some of these newer type lamps are fluorescent, and have ballasts that sit up inside the empty box in your first photo. In those cases, the wiring from the box to the innards may not be mains voltage, it may be ballasted power intended for a specific CFL tube.

Not the answer you're looking for? Browse other questions tagged led recessed-lighting retrofit or ask your own question.

1
How do I ground my LED retrofit in a ceiling can?
1
Fire rated cap for recessed lighting can
2
What should I look for in purchasing a replacement recessed light?
2
Safe to put insulation around recessed light cans after convert to LED?
0
can I use a 10WATT LED BR30 on a recessed light trim that says MAX:9W BR30 LED?
4
Bathroom ceiling light LED retrofit
2
Retrofit LED can light