60amp panel install in an attached garage, do I have my ducks in a row?

I have been considering putting a sub-panel out in my attached garage, wanted to know if I have all my ducks in a row before starting the process and pulling a permit.

Main breaker in the house is 100amp and I plan to leach off from a 60amp double pull breaker to this box (all major appliances that can be are gas)...

I believe this box has a ground bar intended for sub panels, if not is there a required size ground bar that must be met for the listed panel?

The exit point unfortunately comes up at the edge of a concrete slab that is against the garage (its the path that lead to the front door from the driveway). I haven't seen anything against this but felt it should be pointed out.

Anything I missed or should change? Any constructive criticism, pointers & shared knowledge will be greatly appreciated. Thanks 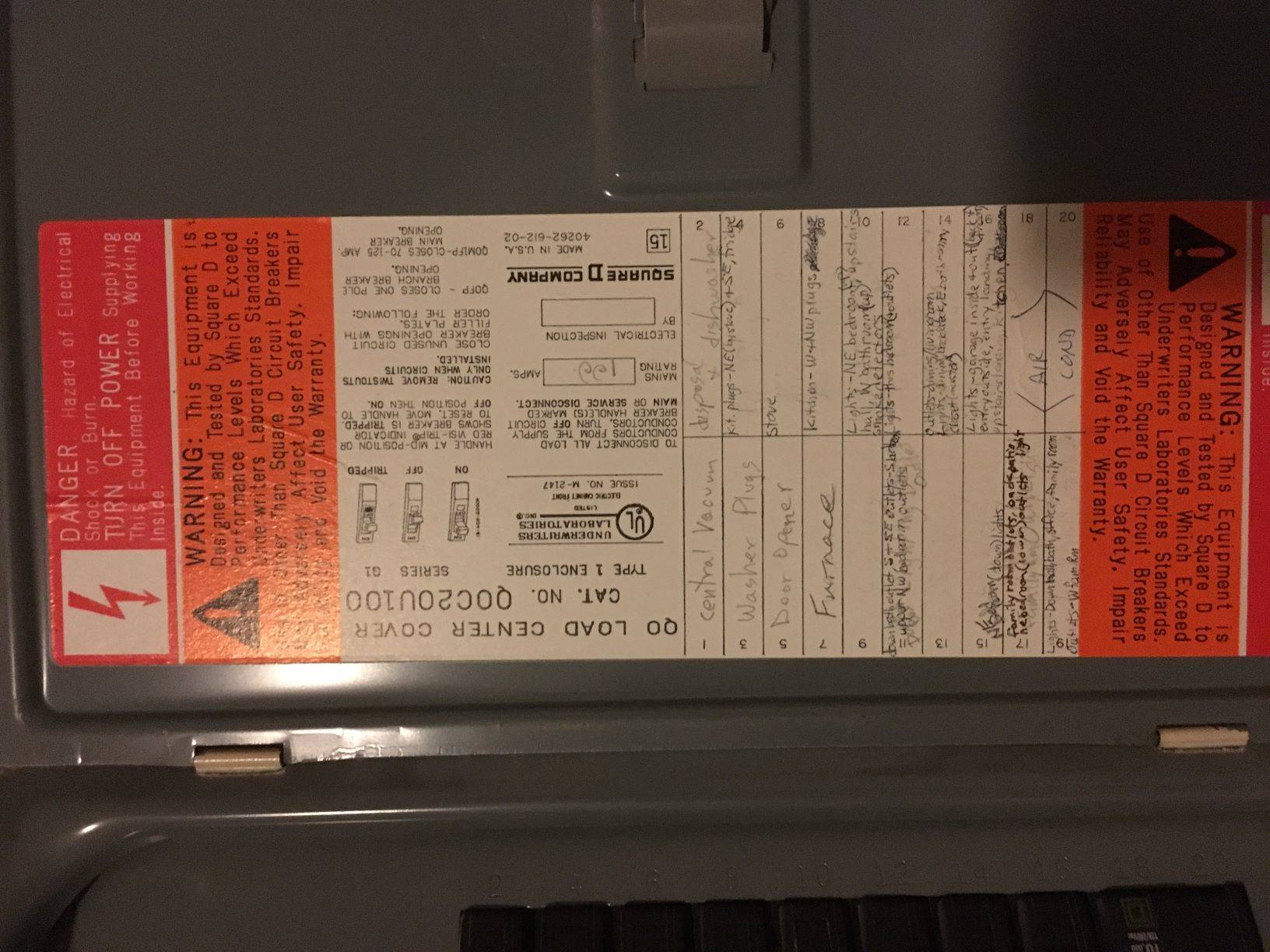 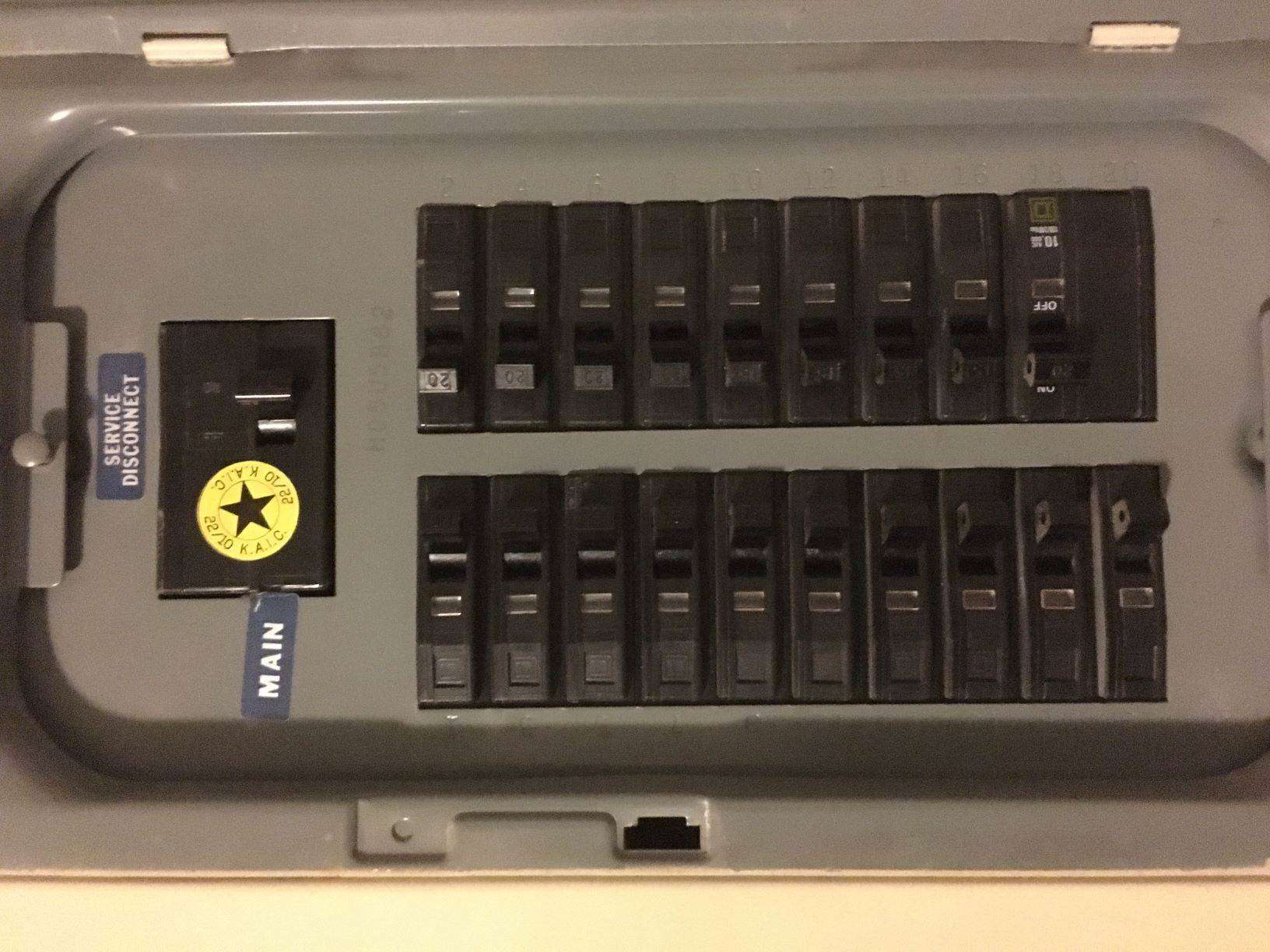 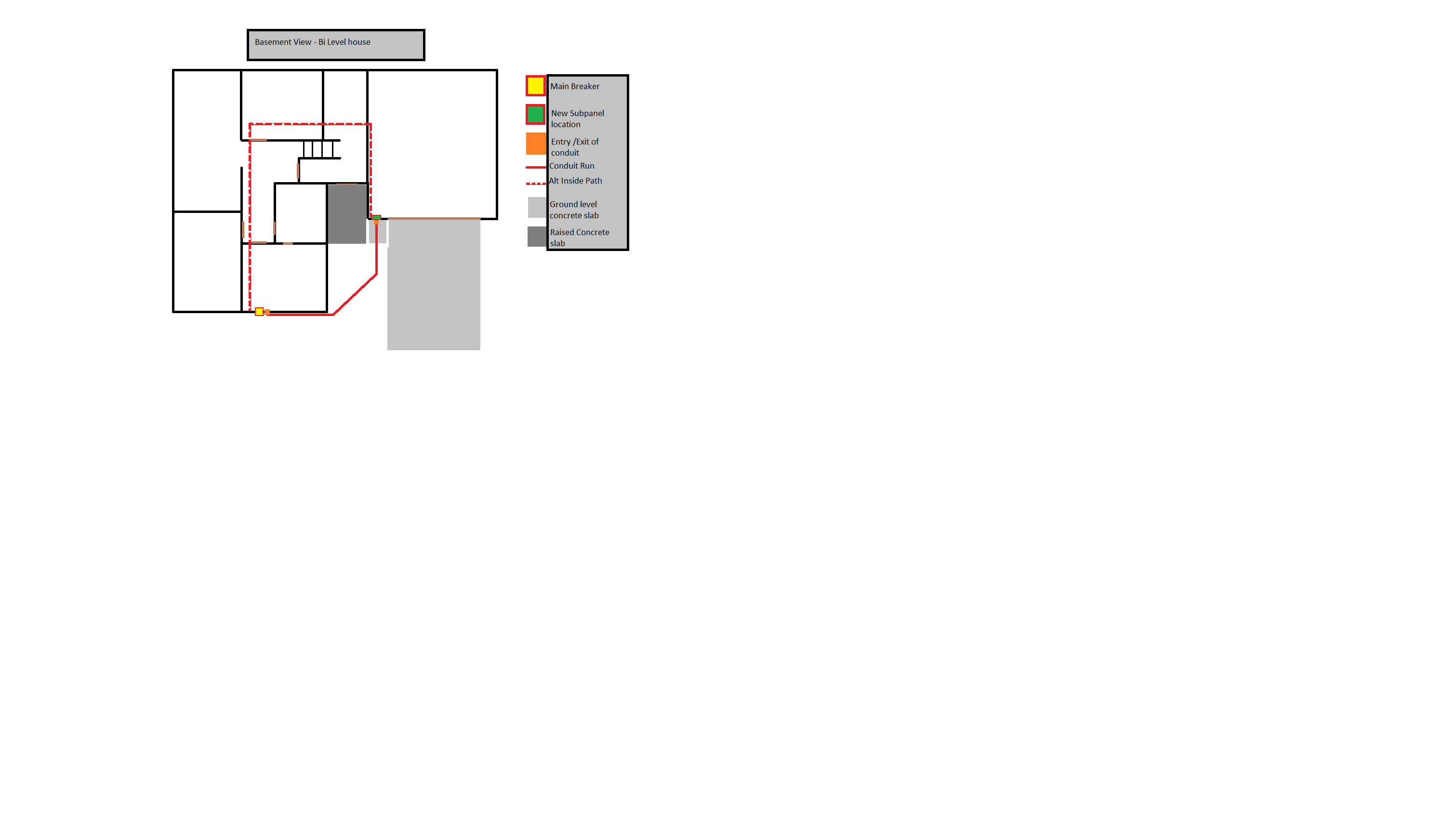 Considering that your existing panel is full to the brim to the point where you are straining to make the feeder breaker fit, there is no reason to skimp on sizing for the feeder here. I would go up to 1.5" conduit over 1.25" to provide more room for pulling and upsized feeder wires (either now or in the future), for starters. (I would go larger, but your existing box doesn't have anything bigger than a 1.5" KO in its back, so you would need to field enlarge the knockout with a KO punch to get a 2" conduit into it.)

With that, I would go with aluminum feeder wires as well. With proper termination technique, including the use of brushing/anti-oxidant and more importantly correct termination torque, achieved with an inch-pound torque wrench, aluminum wires landed on modern Cu/Al rated lugs, such as those found on breakers and loadcenters, are no cause for concern whatsoever. Furthermore, you can use the 75°C column in the ampacity tables as you're running between lugs rated for that temperature and running individual wires in conduit, allowing you to use 4AWG aluminum wire with a 10AWG bare copper ground for 60A, or go up to 1AWG aluminum with an 8AWG bare copper ground for a full 100A feeder.

Panel sizing: bigger is better, but be sure to get the correct accessories!

While that 24-space QO you linked may seem like a large panel, it really is not, especially considering that double-stuff breakers are doubly not an option for you. (Not only do they not come in AFCI or GFCI, tandem QOs are very limited in selection to begin with as an artifact of QO being a 3/4" breaker line.)

As a result of this, I would recommend biting the bullet and getting something like a QO132L125G or even a QO142L225PG instead, despite the higher price tag up front. Buying a bigger box now is far easier and cheaper than having to find room for yet another subpanel later, or ripping out an existing panel and replacing it with a new, larger one.

The other good thing about many of the larger main lug QO panels is they come with ground bars already fitted, so you don't have to worry about that. This is a good thing, as the ground bar you linked is a GE part, and thus not all that useful for you since you are using Square-D panels.

You'll need to make sure the top of the conduit is at least 18" deep, which translates into a 20-22" trench depth, since you're using PVC. This will also require tearing up and patching the sidewalk slab to run the sweep elbow for the garage end underneath it, but if that's not an issue for you, then you'll be good to go. The rest of it is typical for an outdoor run, with LB conduit bodies on the outside as pull points and some duct seal where the conduit enters the loadcenters at each end.

There's little to add to ThreePhaseEel's excellent answer. But here are a few thoughts.

I recognize the "Aluminum wiring is good" argument can be hard to accept given 30 years of retrofitters whipping people into a froth about aluminum small-appliance circuit wiring. There is a nugget of truth there.

Back in the 1970s there was a copper shortage. Aluminum actually has nearly twice the conductivity of copper by mass and 12 times the conductivity by dollar, which makes 1350 alloy the darling of power companies. Wire companies who make both said "Hey, we could just put house-wire insulation on 1350 alloy, just use the next size larger (-2 numerically)" because aluminum has less conductivity by volume. Given the urgency of the shortage, this was rushed through, including rushing through UL listing of essentially copper-rated terminations. This became a problem on small branch circuits <=30A, which is 80-90% of the circuits in a house.

Turns out aluminum and copper's different thermal expansion ratios mean over many thermal cycles, copper terminations crush and deform aluminum wire, loosening the clamping force. That, plus oxidation, causes trouble. The reverse is not true; aluminum terminations are perfectly resilient on copper wire.

Now, bored electricians whip the public into a froth about aluminum branch-circuit wiring, because rewiring a whole house is a great gig if you can get it. But instead you can use CO-ALR rated ("R"=revised) receptacles/switches, pigtail with Alumiconns (lug terminals made of aluminum, see above), or AFCI breakers come to the rescue, by detecting the main problem - arc faults. Also, a new AA-8000 alloy was formulated specifically for in-house wiring. You could wire a new house today with CO-ALR receptacles and AA-8000 (if you could find anyone who stocked it in small sizes).

However, nobody's ever disputed that aluminum wires (even 1350) were always safe for larger feeder connections (4AWG and larger). Nonetheless 1350 is banned and they should sell you AA-8000. Use the No-Ox goop, and tighten to torque spec.

There's another bit of oogabooga about "voltage drop". Code says nothing about 3%, but somehow that number has been effectively ..... marketed.

That was always wrong. It was always intended as a "rule of thumb", and even then, it was meant to be applied to the routine daily/continuous load not occasional loads and certainly not the breaker rating. And then, it became a lot wronger with computers. Trouble is, people do this:

and that's the default for Pete's sake! What's wrong with that? I see a huge number of cases where I override the number and looks what's hiding behind the curtain:

Again, voltage drop calcs should be based on your typical loads when active, never your circuit breaker rating. You're expecting 47A @ 120V, which means ideally 23.5A @ 240V (but more cynically, say 17 and 30A, with 13A on the neutral).

Not the answer you're looking for? Browse other questions tagged electrical circuit-breaker garage subpanel or ask your own question.

2
Is #10 AWG sufficient to ground a sub-panel to the ground bar in the main panel?
3
Proper way to wire a sub panel to an attached garage?
3
Looking to setup a 100Amp panel in my attached garage and have ideas/questions
0
Does the metal receptacle box for 6-30 NEMA need to be grounded?
0
Will this supply list work for a 60 amp service?
1
Main Breaker Panel or Main Lug Panel for Sub-panel in Attached-Detached Garage
2
Subpanel Vs. 220v-240v NEMA 14-50
4
Confirming the set-up and wiring of 60AMP subpanel
1
100amp Sub Panel for 75ft - Anything else I need?
1
Can I use TC-ER Cu Awg 4-3 THHN for a shed sub-panel?