What type of sealant should I use for this? I'm assuming 100% silicone. 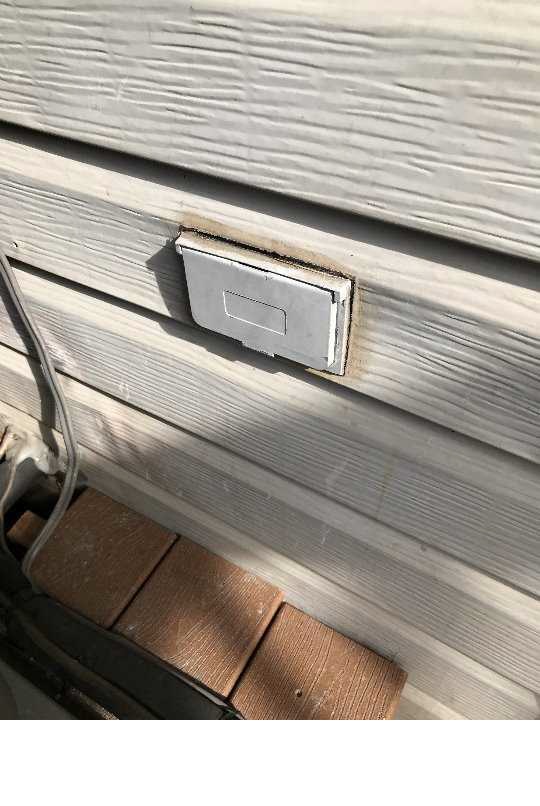 Actually 100% silicone isn't a great caulk in my book. It's hard to get off later and typically isn't UV resistant.

What you want is a solid outdoor oil-based (mineral spirit cleanup) caulk (sometimes called Window/Siding). I really like Quad, but anything made for outdoors will do (even some latex products).

If I were you, I'd also replace the cover. It's looking weathered. Once you've caulked it, you'll be less likely to replace it in the near future. I would highly recommend an in-use (bubble type) cover.

Yes, that's right: the standard outdoor/weatherproof electrical enclosures in use in the US are not intended to be sealed against water ingress. In fact, the NEC contains an explicit allowance (in 314.15) for drain holes in the bottom of boxes.

Why is this? The goal of a a weatherproof (NEMA 3R or equivalent) electrical enclosure is to keep the equipment inside from being rendered inoperable by bulk water, ice, small animals, or other such environmental contaminants, not to provide a pristine environs on the inside. For the latter, you'd need a box with a NEMA 4X or 12 rating, with the much more stringent installation conditions (field fitted knockouts with sealed cable glands or Meyers hubs) those enclosures entail.

Furthermore, sealing a box against water ingress has to fight not only bulk water entrance, but two other factors: diffusion and pressure. The former is slow, but can cause water vapor to get in to the box through various materials, including some that are used as seals, and results in condensation inside the box eventually due to temperature changes. With the seals giving it nowhere to go, this condensation eventually builds up to a sufficient level to affect the electrical equipment inside.

Worse yet, though, are the effects of pressure. Normally, with a raintight/weatherproof but not-hermetically-sealed enclosure, air can flow freely through small gaps and any drainage facilities provided, allowing the air pressure on the inside of the box to stay the same as the air pressure outside the box. This lack of a pressure differential means that any water that gets in by way of momentum simply freely exits by gravity, and there is no force actively pushing water into the box.

When you seal the box though, this changes drastically. Now, air can't get in or out of the box, so the pressure in the box stays about the same as when you sealed it. However, the pressure outside the box changes all the time (just watch the nearest barometer reading). These changes in pressure provide a non-zero pressure differential across the box seal which can force water through imperfections in the seal (or even via diffusion through bulk material, albeit slowly). This force also can act to keep water resident in the box; atop the natural effect of the seal to stop drainage, this means that water again can build up in the box and cause a failure.

Not the answer you're looking for? Browse other questions tagged electrical receptacle caulking sealant or ask your own question.

8
Is there an easy way to remove silicone sealant?
29
How do I finish off a silicone sealant like a professional?
0
Is silicone caulk an appropriate sealant for keeping smoke out?
0
Caulking/Sealant for Conduit Pipe on Roof?
0
What sealant to use on a hole in the interior of the house on an external wall?
3
what's the difference between “silicone sealant” and “mastic/MS-polymer sealant”
0
Correct Sealant / Caulk for fixing LED Down Light
0
What's a suitable sealant for the garden slabs in the picture?