Should I reinforce these joists at the central beam? If so, how?

Vaguely similar questions have been asked, but I believe this situation is unique enough that I’m looking for some specific advice. I have a floor that is framed with 2x8s, 16 O.C., spanning roughly 11 feet between a central built-up beam and the outer sill plate. The joists “rest” on a standard (code minimum, blech) 2x2 ledger strip. The hardwood floors are a bit bouncy and it bugs me, so I plan to stiffen the floors by adding some sisters, or (more likely) gluing and screwing a bottom flange to the joists (to avoid removing tons of mechanicals and solid blocking).

However, before I do that I want to address the fact that the joists seem very shoddily connected to the beam. In addition to the ledger strip, about half of them are toe-nailed (see first pic, ok, that seems fine), but the other half are not (see second pic). This strikes me as very sketchy. There are a few end nails into each joist from the built up beam, and on some of the joists these seem to be carrying the whole load.

I thought about pounding some joist hangers in and then prying off the ledger strips, but my thinking is that the fact that half the joists are already toe-nailed to the beam means that adding joist hangers to these might cause splitting and I don’t want to raise inspection red flags by having a weird mix-and-match setup of hangers and ledger strip. Some of the non-toe-nailed joists have small gaps between joist and beam, and some aren’t even fully resting on the ledger (see pic 3, !). I do believe this was probably sloppy cuts rather than separation after the fact.

How can I improve these joist-beam connections? Should I just add some 45 degree toenails and call it good? The joists are fundamentally in good shape and if possible I'm looking for something DIY-able.

Edit: As I suspected, I was able to confirm that there are 3-4 end nails driven into the joists that are not toe-nailed at least (confirmed by feeling in the gap between joist and beam with a shim). Not sure if this changes anything. 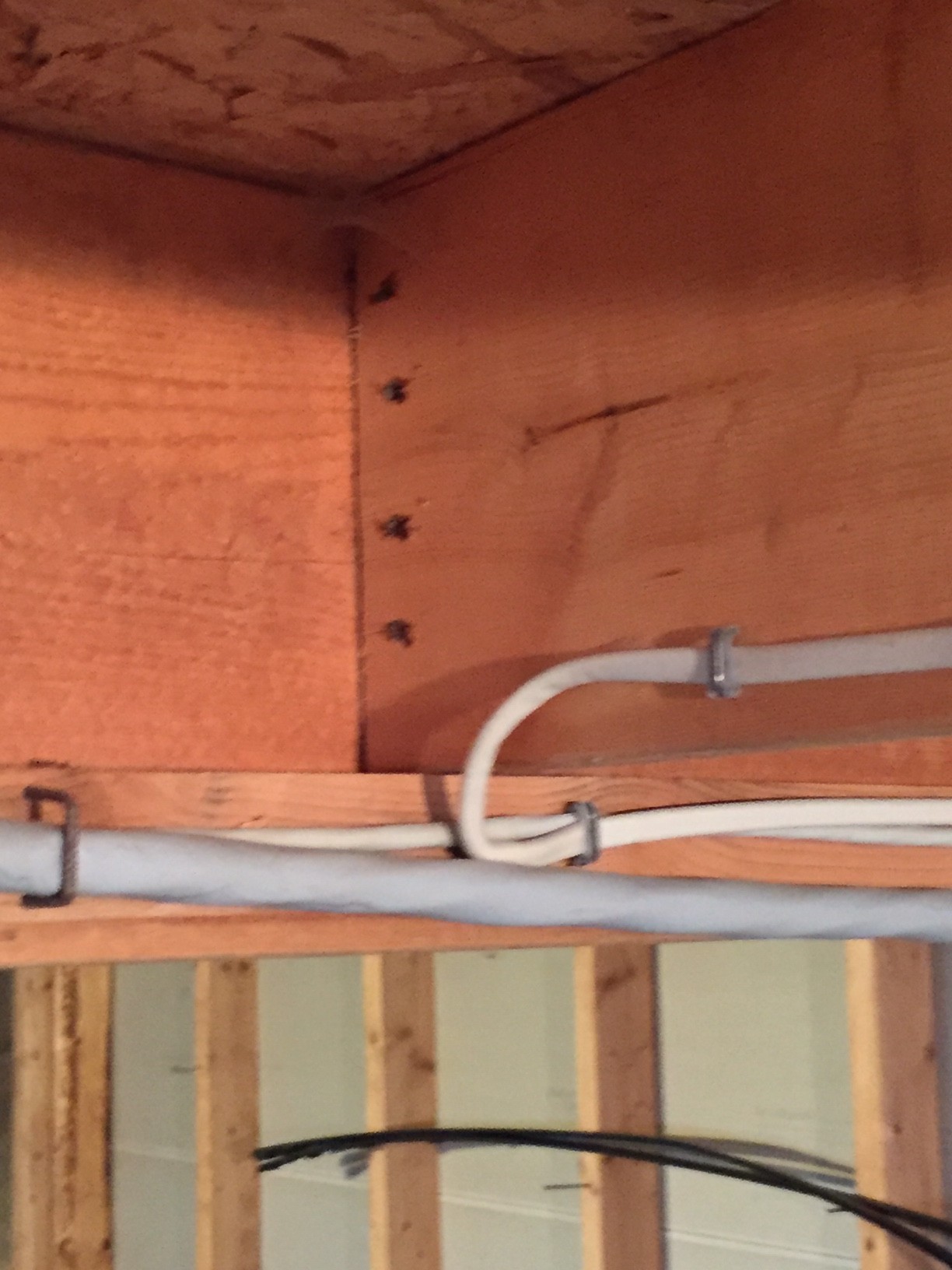 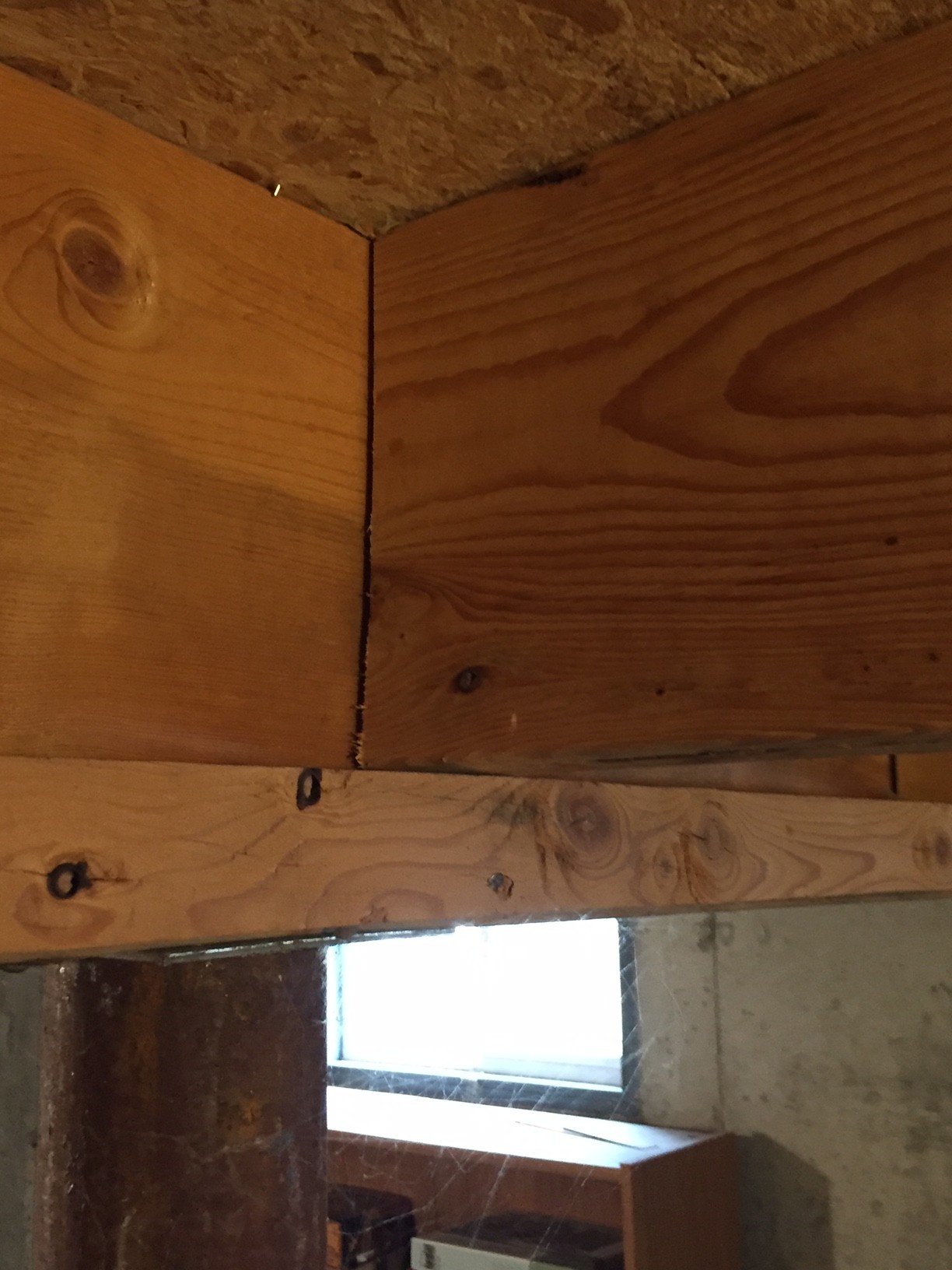 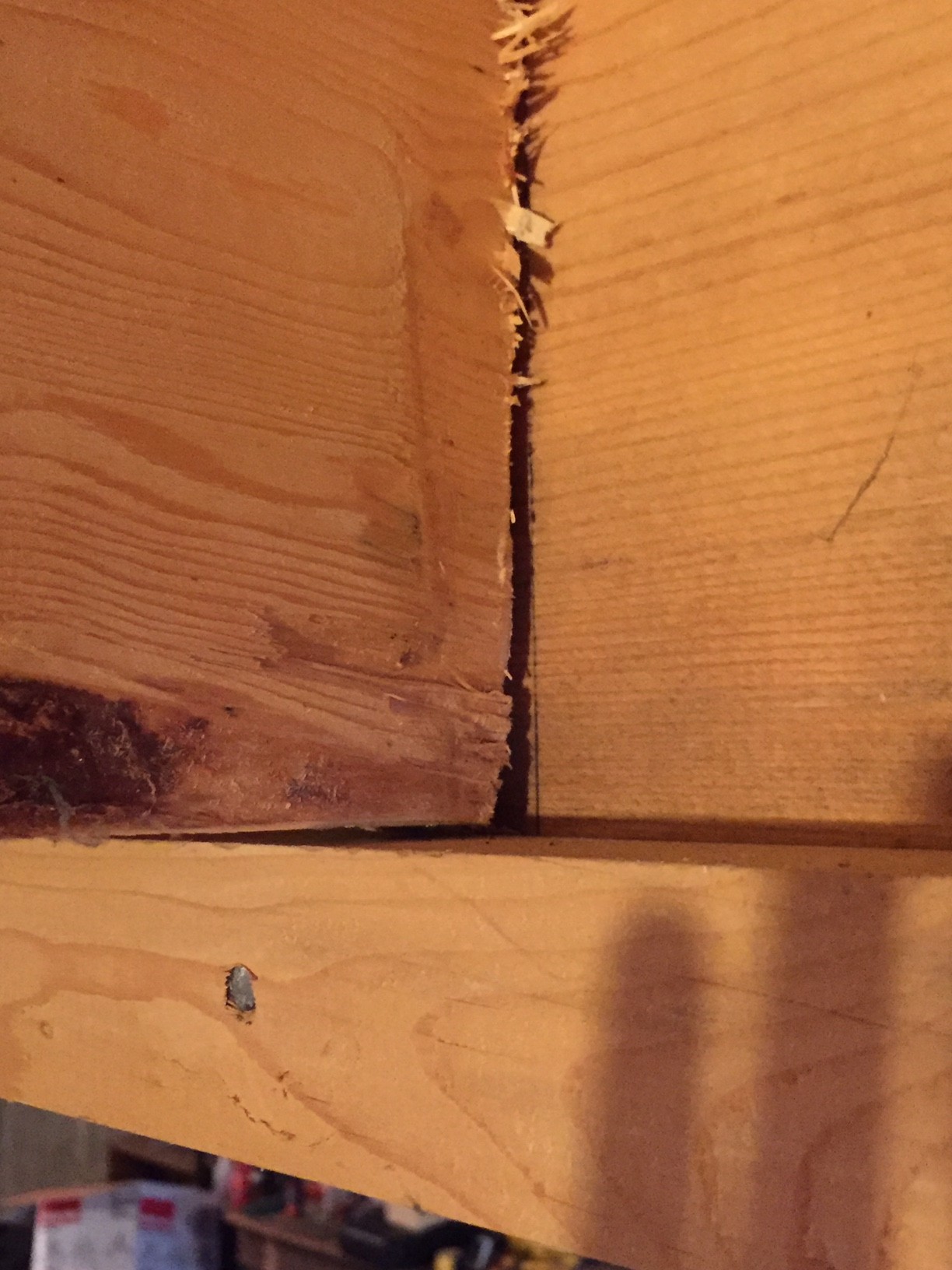 If you need to remove the 2X2, then you will need to add joist hangers. The joist hangers available have stamped in the steel the nailing instruction for the hanger to perform the way it is designed. Many if not all hangers require "shear nail" in short, toenails as part of the nail sequence in each hanger.

If your span is over 8' (maybe 10') by code you will need bridging, diagonal or solid at the center point of the span. this will greatly reduce the springiness of the floor.

Structurally , the 2x2 ledger is useless. It was probably installed as a temporary ledger to hold the 2x8 joists in place until they could be fastened to the center “laminated” beam. (The Code does not allow edge nailing that close to the edge of the 2x2, see ICC Chapter 3.)

However, good news...this could be an easy fix. You have two options: 1) existing joists could already be end nailed to center beam, or 2) install clip one side of all joists.

2) Not all joist supports need “joist hangers”. Joist hangers have a “seat” for the joist to sit in. Clips like these:

Can be face nailed to the joists and the center beam. As you can see, the reaction is in the “F1” direction and you’ll need to resist about 366 lbs. I’d use a Simpson A35 and nail as shown.

Btw, adding a 2x4 flat on the bottom may stiffen your joists, but your issue is with the connection between the joists and the center beam AND it will do nothing to support the joists.

Not the answer you're looking for? Browse other questions tagged framing joists or ask your own question.

2
Floor joist attachment improvements in presence of existing ledger?
0
What is the recommended post cap or strapping for corner post under beam and rim joists?
1
How to fix joist hangers where joist is not fully on seat of hanger
1
Removing a wall underneath joists that are already attached to beam in attic
1
How to repair a beam of structured 2x10s
1
floor joists splitting at non-beam end
3
Joist hangers to use for rough cut 2x8 (2 3/4“ x 8 3/4”)?
1
Contractor cut joists short (followup to earlier question)
5
How do I attach a deck joist to a ledger at an inside corner of the house?