I had a Lutron Maestro MS-OPS2 occupancy sensor wired in a small handy box and it worked fine. Here is a photo of how it was wired then: 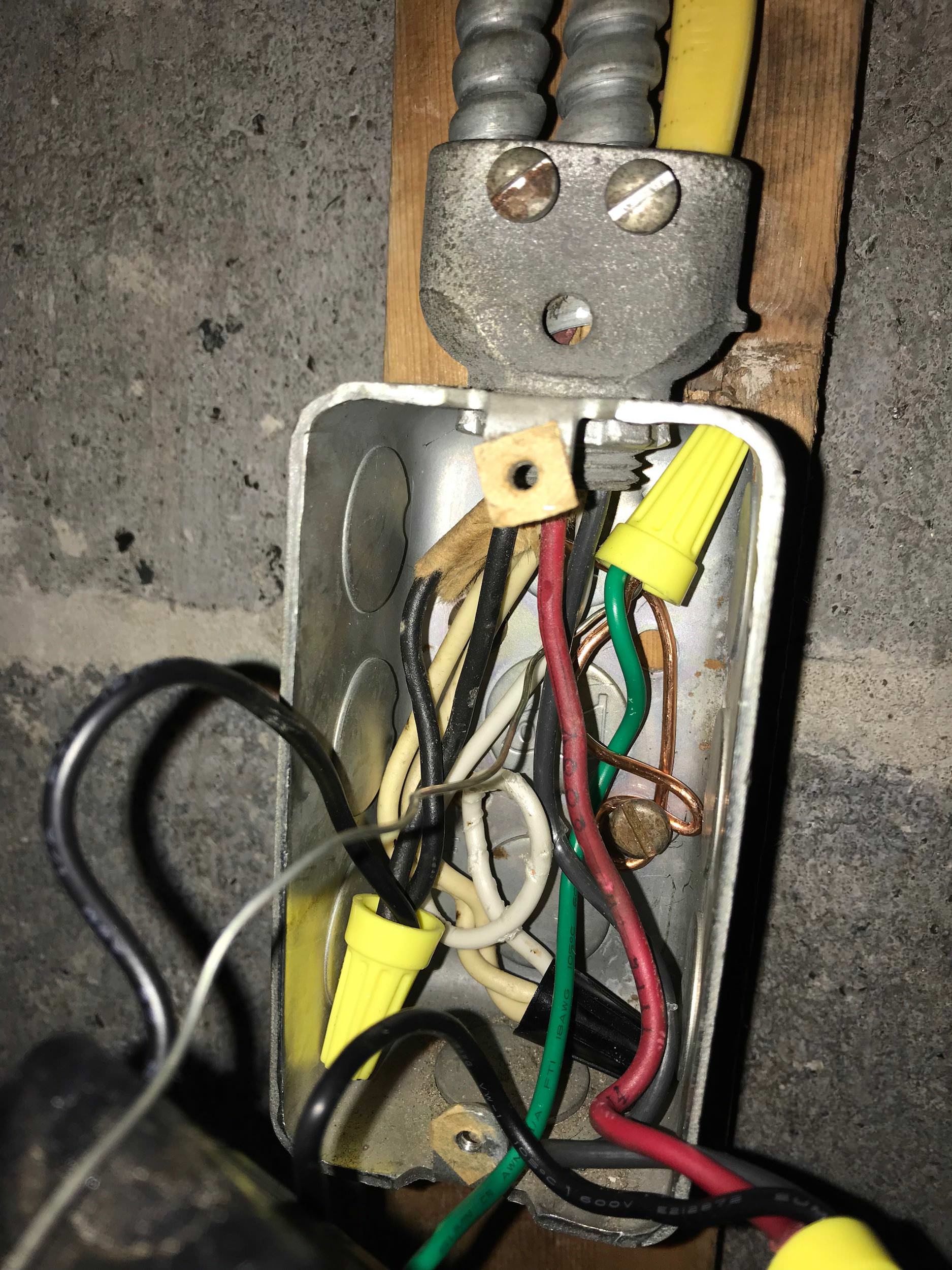 Since the box was too small and I wanted to put a finished steel cover plate over it, I replaced it with a bigger box. The problem is that the sensor won't function at all after I rewired everything. I have both black wires going to the black wires on it, and the green/bare together going to the ground. Here is a photo with the old switch back in place, which operates the lights without a problem: 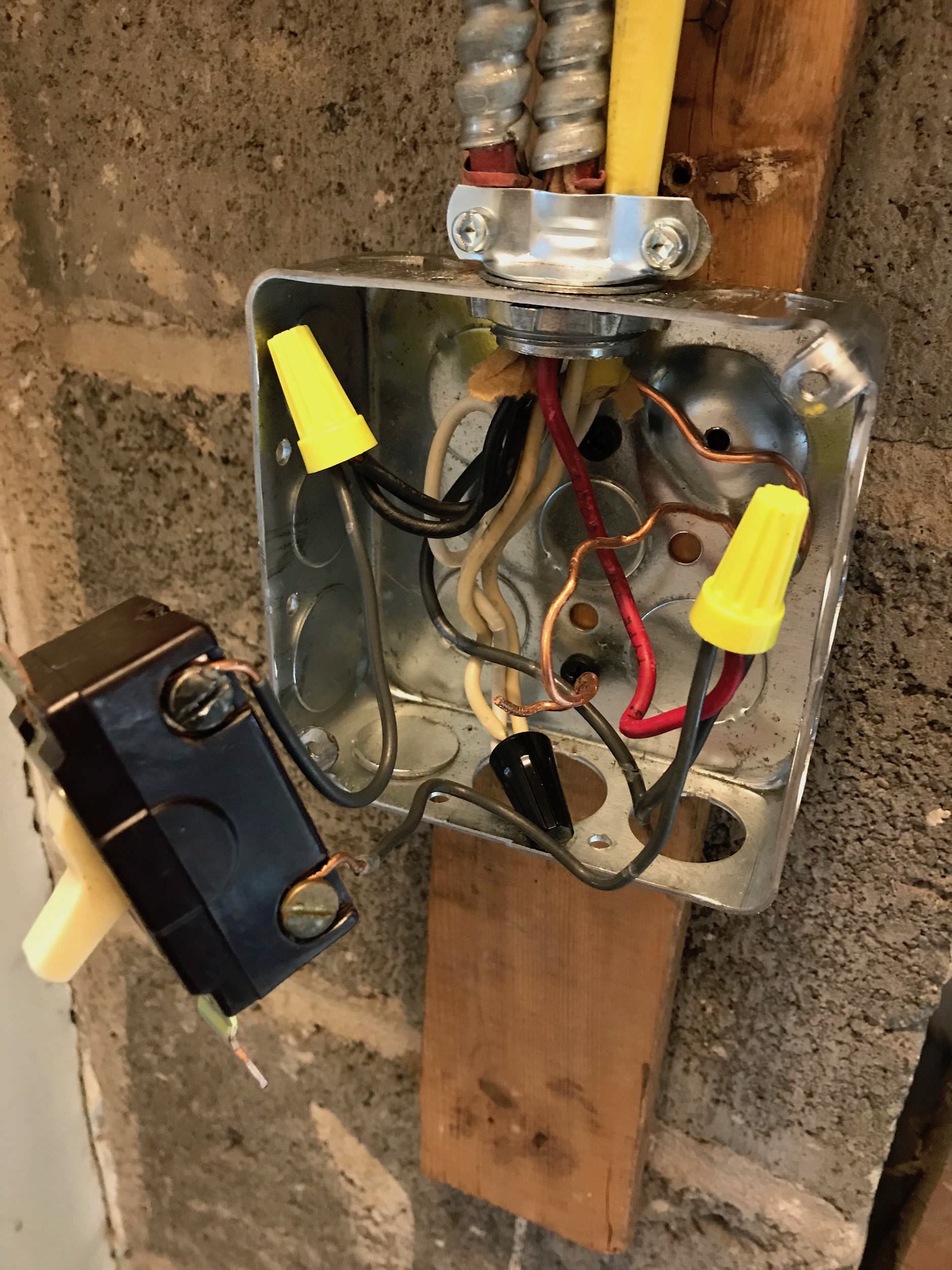 Here is a photo of the occupancy sensor I am using. Any help here as to what is wrong would be great. Thanks! 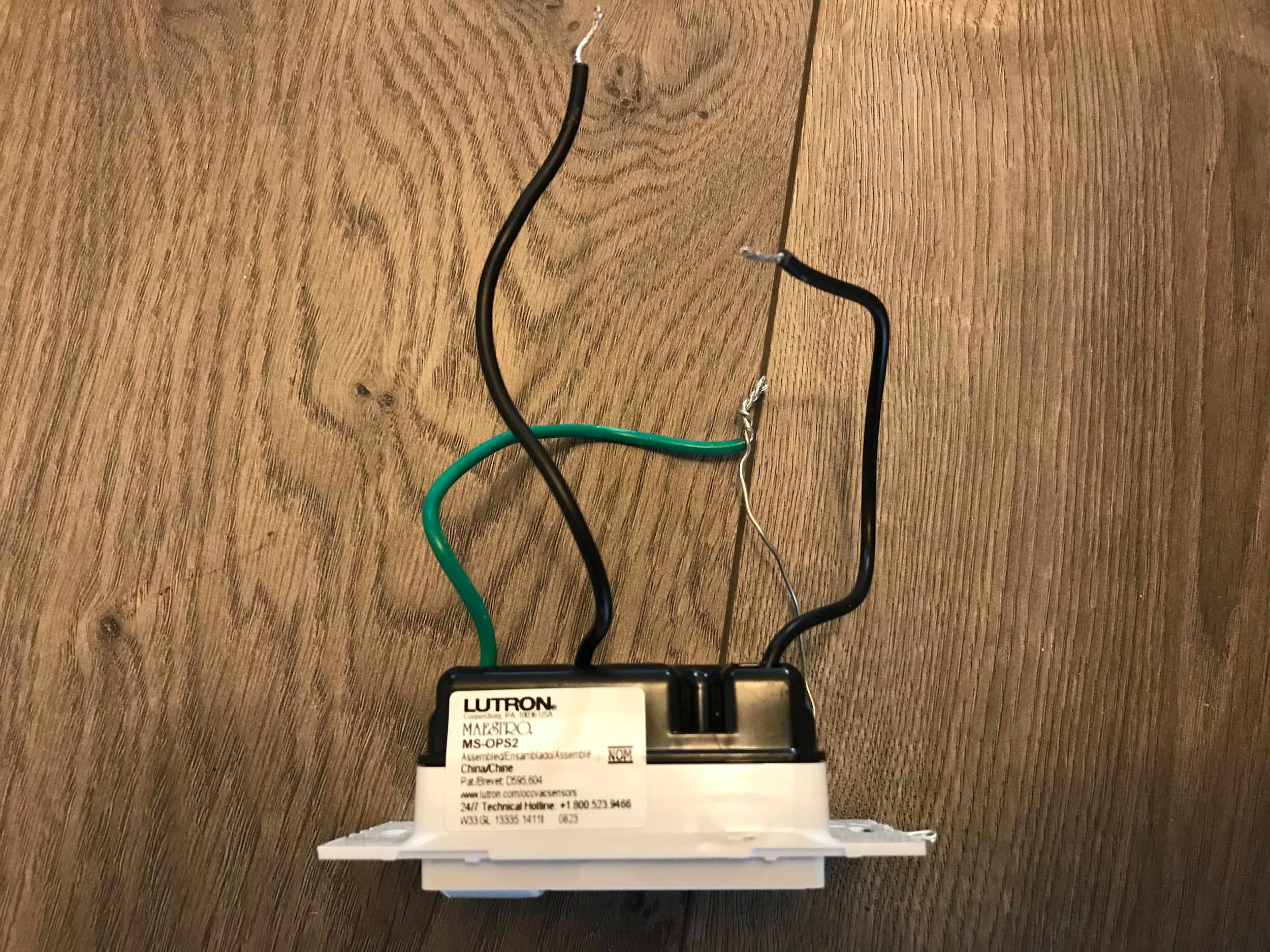 Yeah. That old clamp wasn't perfect (one NM in a 3-AC clamp), but what you did there with the new clamp was a complete hork job. That clamp is made for 1 NM cable. You just spammed your 3 cables in there "like the old one was" even though this new clamp is obviously not like your old one. Leaving individual wires on the dangle should've been your clue that this is simply wrong.

You could fish the old cable clamp out of the trash and put the two armored cables on it, and put it in another knockout. Then you can use your new clamp for the single NM cable like it is intended. Otherwise do as ThreePhaseEel suggests and go to the electrical supply and get a double armored clamp.

You might flip that junction box over, since you need 2 holes and the now-bottom side has two holes. Regardless, all open holes need to be filled with a knockout cover. These are about 20 cents at the hardware store.

One last thing. When putting the switch on your new cover plate, you may find the upper mounting screw binds or prevents the lid from going on easily. It is hitting the conduit nut. Fix that by using a shorter screw or by nipping off some of the screw's length using the bolt cutter that's part of most strip-and-crimp multi-tools. That's what it's for. In doing metal-on-metal work I usually just nip all my mounting screws down to 1/2" or so.

You used the wrong clamp, so the grounding path is broken

The particular occupancy sensor you are using uses the rather ugly kludge of sending its operating current back "home" via the equipment ground, rather than the neutral. This worked in the old setup because you were using a proper multi-barrel connector to bring the type AC cables into the box, which provided a grounding path back to the panel.

When you put the new box on, though, instead of reusing the old multi-barrel connector, you misused a NM-type clamp to clamp all the wires in. As a result of this, the armor on the AC cables did not extend into the clamp, leaving the grounding path to this box broken, which is a serious safety issue atop the fact it broke your occupancy sensor.

What I would do is put a duplex (two barrel) AC/MC connector in the existing top center knockout and use it for the type AC cables, then move the NM clamp to the top right knockout in the box and run the NM in that way instead of trying and failing to cram all three cables into the same clamp. It would also be a good idea, since you have neutral at the box, to use a sensor that can use it instead of relying on a hack: Lutron's MS-OPS6M2N-DV will do the trick here instead of the MS-OPS2 you are using right now.