What causes cracks in stucco at 45 degree angle from top of NW corner garage door up along light fixture to wall vent? 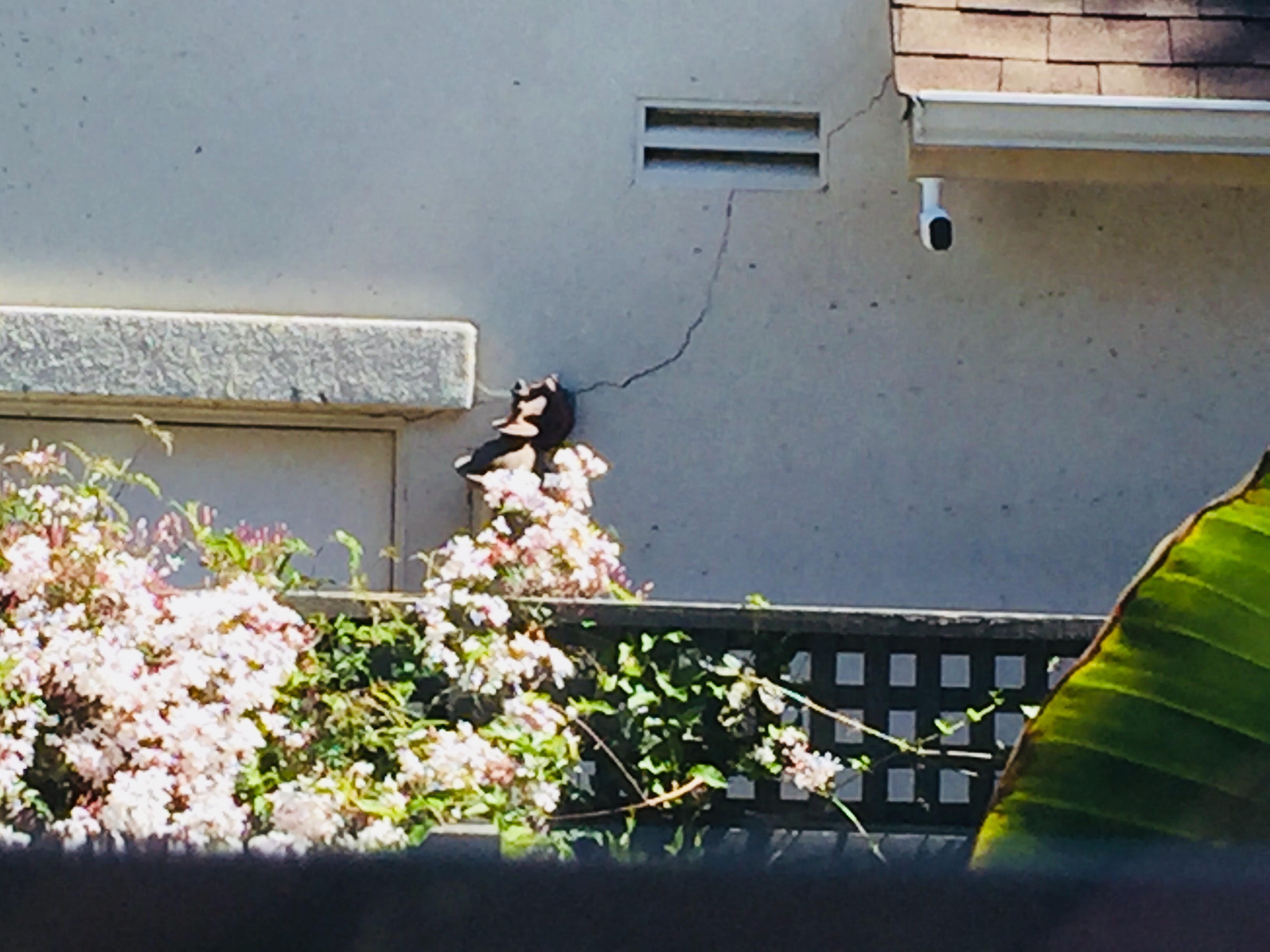 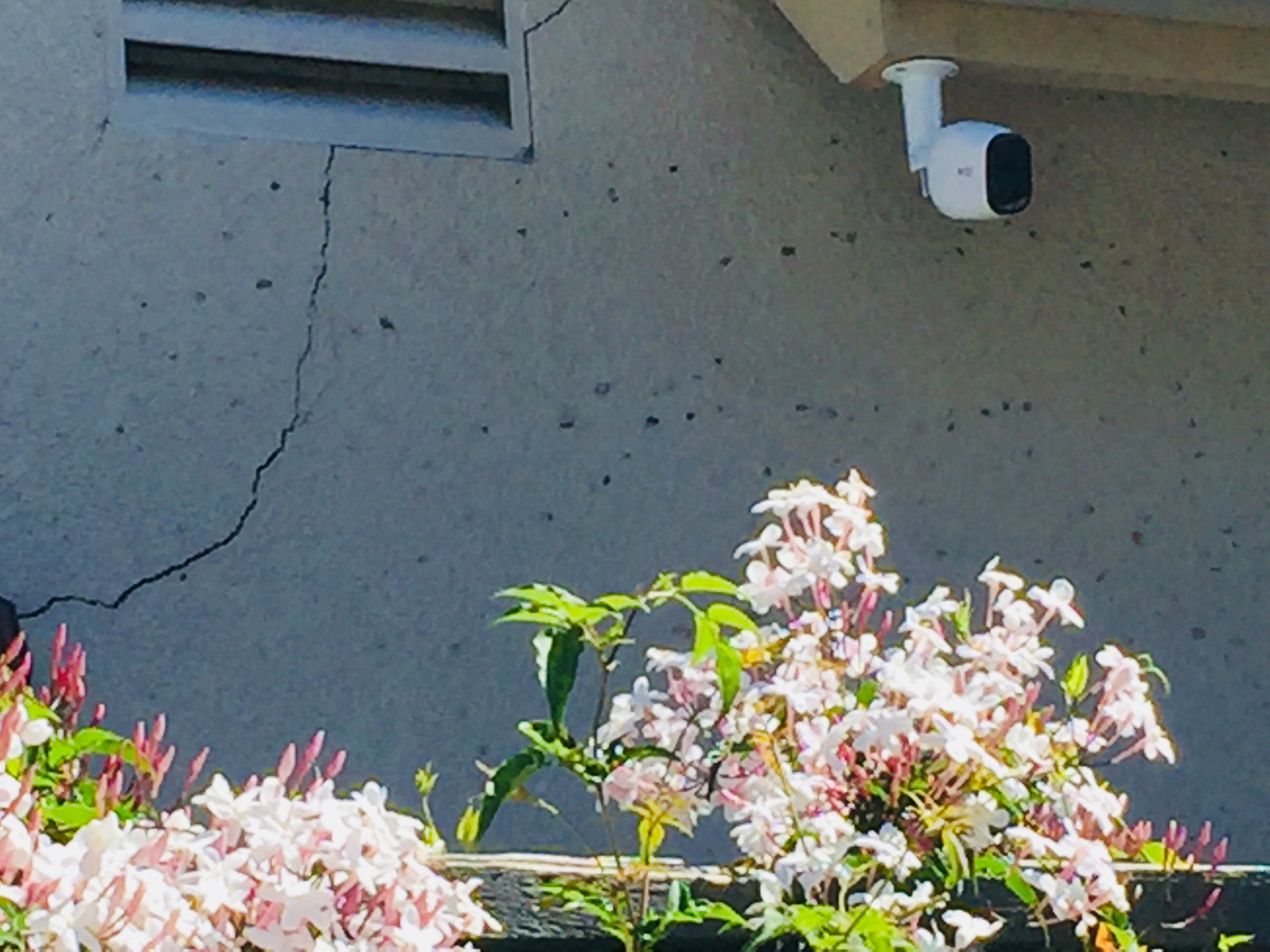 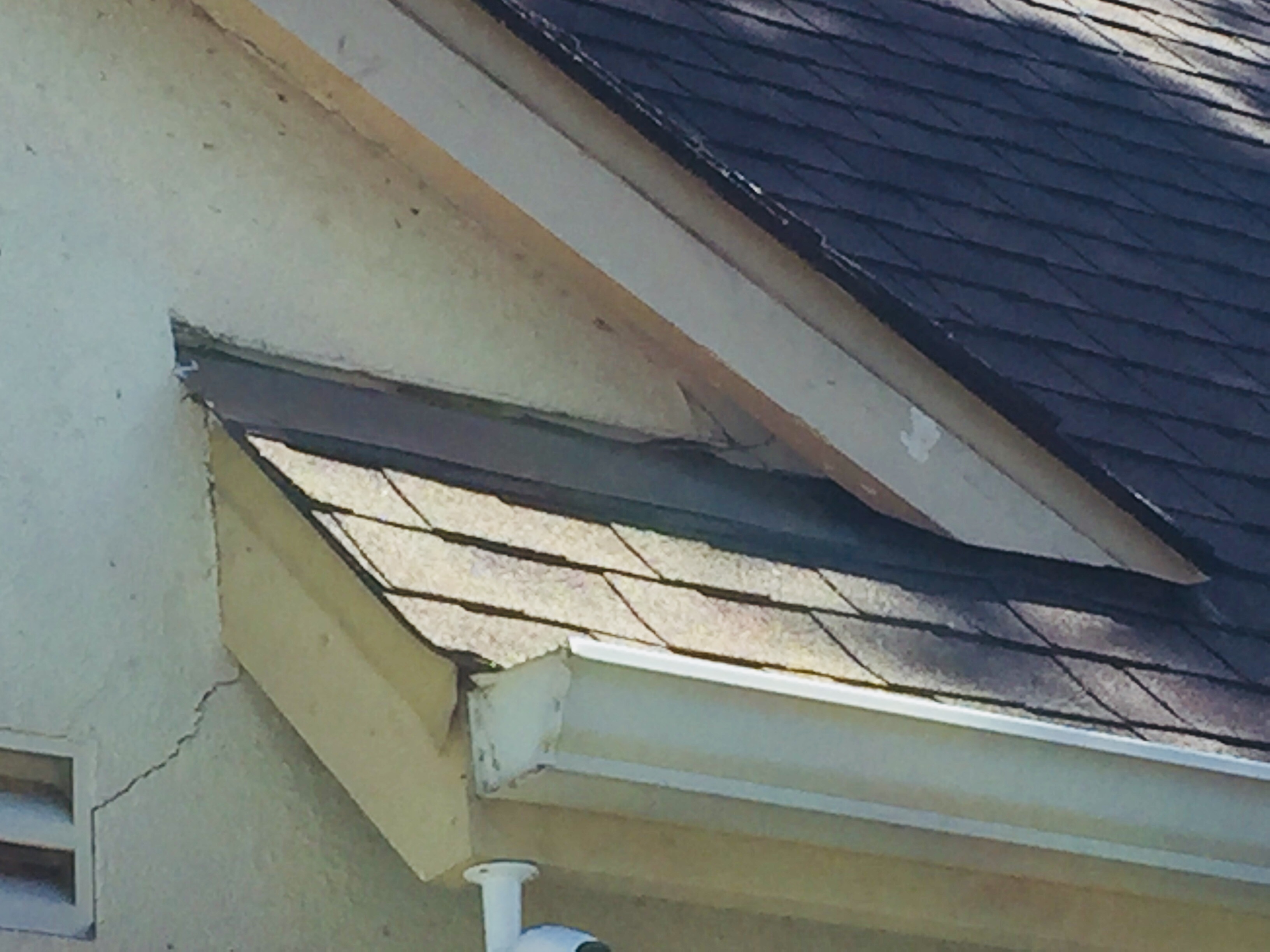 What likely causes this pattern of stucco cracking from top corner of side garage door through light fixture up along air vent up to roofline on NW side of house?

Did someone or something hit it a couple years ago and does it need to be repaired if my HOA cannot see it from common area?

If so approximately how much would it cost?

It is a common occurrence.

What you have appears to be 2 large wall sections of stucco, connected by a small area of stucco where the crack is. For many years I thought that cement based products were very stable, but I found that it moves quite a bit itself. Usually there will be control joints added so when it does crack, with large areas it will, will be directed to the control joints. Since there were no control joints near the narrow area, it took the least path of resistance, as mentioned earlier in a post that was deleted.

Settling of the framing will do this too, but the symptoms suggest expansion and contraction, the crack is uniform in width. Typically settling would show the crack tighter at one end than the other.

Never the less, the crack should be caulked with a good caulk, I suggest a one part polyurethane. It will need to be forced in the joint, it will be messy. To help force it in, cut the tip of the tube so the hole exposed by cutting is slightly smaller than the crack. You could mask the adjacent areas with masking or duct tape, it will keep the mess to a minimum. After applying the caulk, wipe off the excess with paint thinner or mineral spirits to minimize the line and touch up with paint unless you find a caulk color that matches the color close enough. Another suggestion perhaps, if the stucco is a sanded finish, you could have some sand handy to throw on the wet caulk to give it the texture of the rest of the wall. I have done this before with tile and concrete joints and it helps disguise the caulk.

That sort of thing happens when your house settles on it's foundation. The garage door frame is more rigid than the rest of the house, so it moves less and the stucco is not made to take the physical stress. At the very least you should fill the crack and paint it because it becomes a point for water to get behind the stucco.

Not the answer you're looking for? Browse other questions tagged doors crack stucco or ask your own question.

1
Tips for removing drywall from bottom of closet header
2
What could be causing wall cracks through the middle of our house
4
How do I fix interior and exterior doors that do not close properly?
2
Fixing cracks in a cinder block wall
3
Recurring crack on second floor ceiling
0
What options are there for door stops away from a wall?
1
How does a garage door wall button differentiate between a door open button, and a light button?
2
Is this drywall cracking a structural problem?