A.C. compressor fan not coming on

It started with the thermostat not going in on only fan. That night i go to turn the AC on and the condenser fan wouldn't come on so I took a stick moved the blades and it started . i thought its the capacitor . a day latter the thermostat still won't go in fan on only but if turn the A.C. ON it comes through the vents so the fan turns on in a.c. but not fan on only. but the compressor isn't coming on and I couldn't get it to start with a stick this time is it still the capacitor. compress isn't kicking on now either I have a package unit I think is a York but u cant just got look up model or serial numbers ...this Is what igot xyph1324adae model number serial number # (s)nob7420559 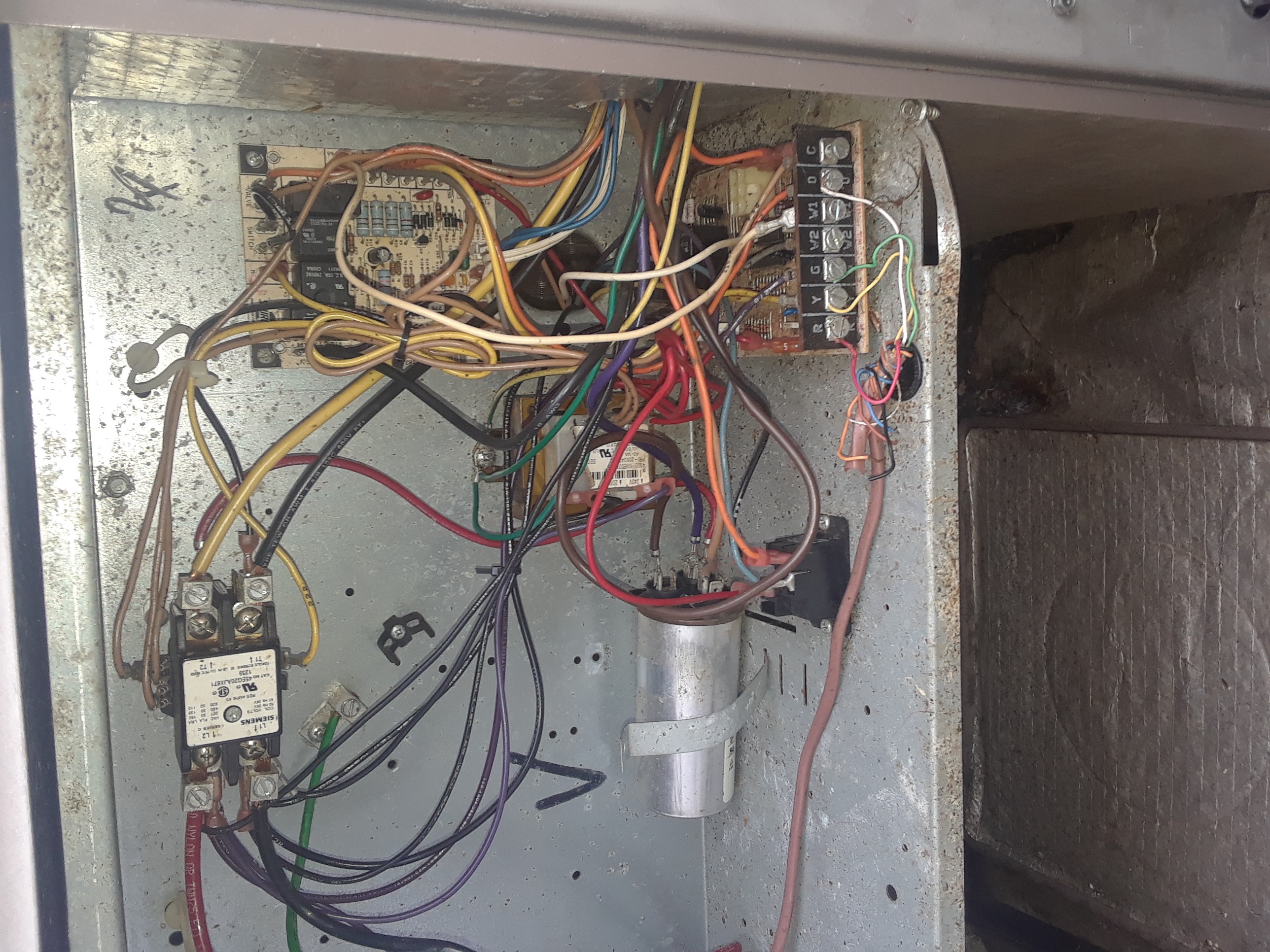 When I used a stick to turn the blades the other day everything worked now just the air Handel fan is running in A.C. model

The capacitor could be the culprit. They tend to be rather cheap. You might be able to remove it, take it to an HVAC store, present it to them, and they will find a match.

Bring your ac unit's serial/model number just in case. But the sticker on the capacitor should be enough for them to figure it out. The last one I had to buy cost me like $8.

Some voltmeters can read those capacitors and tell you what they read as, which you can then compare to the sticker. But at the cheap price it usually cost for one of them, it is probably just as easy to replace it.

Keep in mind, usually, both the compressor and fan motors use the capacitor to start up. Considering you lost both of them, and they worked earlier with the push of the fan, I would think you are on the right path and it might indeed be the capacitor.

However, you could test the contactor too, by pulling out a volt meter, and turning on the system, or pressing the reset button if your contactor has one, and then measuring for voltage.

connect one test probe to a neutral or ground somewhere, and the other to the side of the contactor where the wires lead to your pump or motor etc.

If you are not getting power there either, contactors are also cheap (bought my last one for like $20), you could bring that with you to the HVAC store as well and have them sell you a new one. Probably easy enough to do both, just to refresh some of the electrical components inside.

FYI, the thing in the left side of the pictures, that has writing on it but is upside down, (says Siemens on it), I believe that is your contactor. one side says L1 - L2 , and the other side says T1 - T2

The T1 - T2 side of the contactor is where power should come out if the unit is turned on. The L1 - L2 side is usually always hot and comes from the breaker.

You should be able to touch a multimeter probe to the casing/ground, or neutral. and the other probe to the T1 or T2 connection on that contactor and get 120volts or something else.

If the thermostat is set to Cool and is "on" and there is no power at the contactor, but the thermostat seems to be working, I would think most likely your contactor went kaput as well.

If the fan is not starting on it's own, maybe a "hard start relay and cap" in addition to the run cap. Also the fan is very likely at its end of life if you've got to start it with a stick. If when you spin the fan, the compressor reliably starts, I would replace the fan motor first and next consider the hard start circuit addition.