Kenmore microwave heating when off with door closed

My kenmore microwave continues making the "heating" sound and actually heating even even if it's not being used.

Let's say it's unplugged. As soon as I plug the microwave to the electricity, it will make the "heating" sound usually made when it's cooking something, and it's actually heating. But the light's not on and the glass plate's not revolving.

What can the issue be?

I'm not sure if I'm explaining myself, so here's another way of describing the situation: if I had a blindfold on and then I plugged in the microwave, I would assume it's heating something because of the sound it makes.

Once I take the blindfold off, I'll notice there's something wrong because the inner light's off and it's not revolving. Not only that, the cold cup of water that I put inside the microwave before plugging it in is now hot. All this happened once I plugged it in.

Any help is appreciated. The microwave's about two years old.

Wanted to point out that the microwave doesn't heat (or make the "heating" noise) when the door is open. In other words, as soon as I plug it in (with door closed), it starts heating even though the light's off and the glass plated doesn't revolve. Once I open the door, the light turns on and it stops making the noise. The issue is when the door's closed. 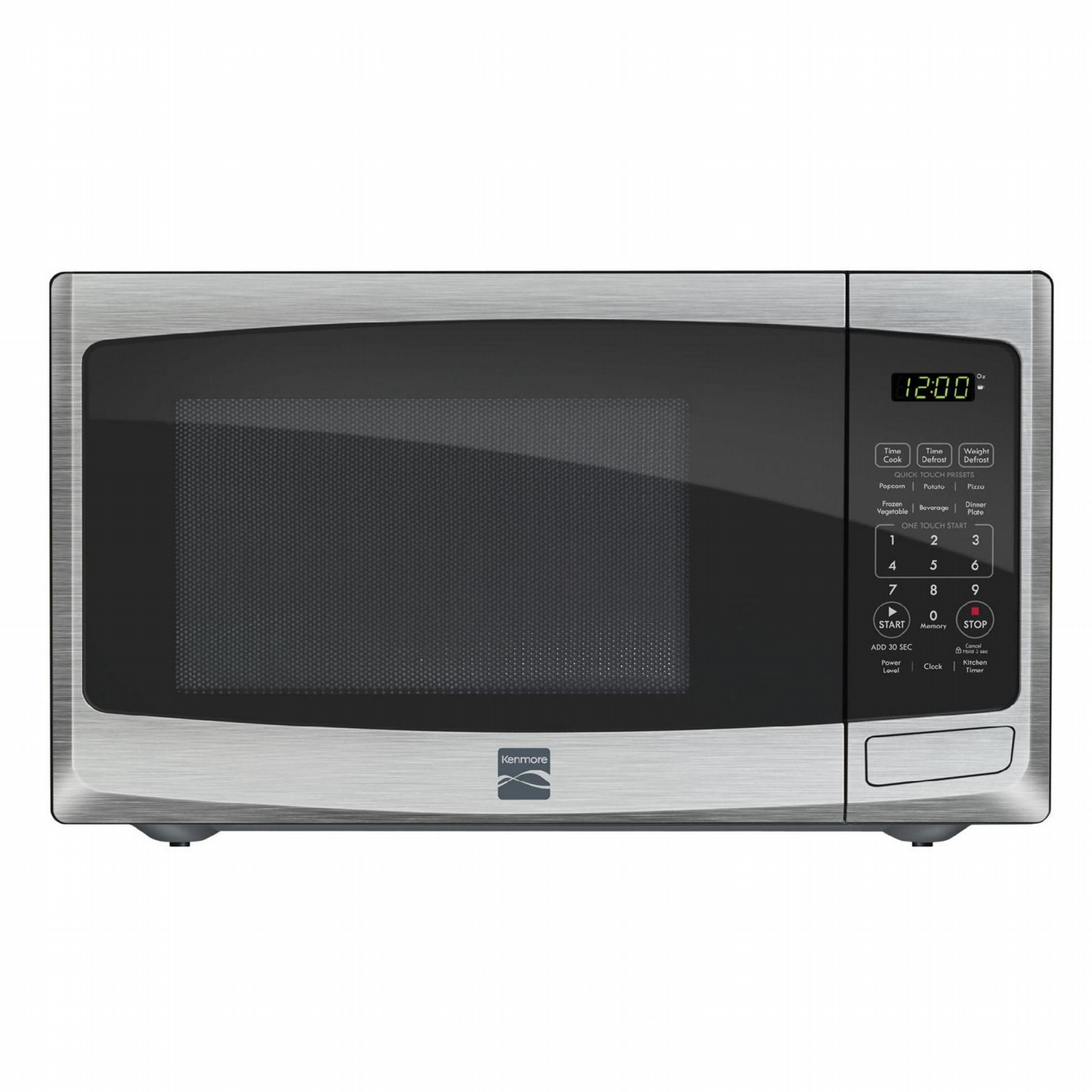 I am absolutely not in favor of throwing any useful stuff. See the clutter around my house and you'll agree :-)

But a microwave oven is a potentially very dangerous item. A conventional oven (from toaster on up to self-cleaning convection wall oven) has two main hazards:

A microwave oven adds a third major category of damage. Yes, you guessed it, microwaves!

Microwaves, like radio waves, X-rays, etc. are not visible. As a result, they can do their damage without being apparent until the damage is already done. Like carbon monoxide and other "silent killers".

Microwaves can be managed extremely well by having a sealed oven with solid metal - or metal with openings no larger than a certain size (related to wavelength - the Physics people can explain). The result is that a typical microwave oven has multiple safeguards against the magnetron, which generates the microwaves, running while the door is open.

Your oven it has a serious failure (magnetron running even though oven is in the "off" mode). The good news is that the safeguards on the door are working as designed to turn off the magnetron when the door is opened. FYI, while consumer microwave ovens are designed to be extremely safe, there have been very noticeable failures of safety engineering, such as the Therac-25, where a combination of errors resulted in critical safety mechanisms not working as they were supposed to. So the concerns are very real.

The first question is: Can you use it without fixing it? The answer is an absolute NO. Unlike "turntable doesn't turn" or "light doesn't go on (or off)" or "some of the timer functions don't work quite right", this is a safety issue. You simply can't leave it as is - someone will inevitably plug it in to warm up something and forget it (since the normal timer won't function to turn it off automatically) and start a fire.

With any appliance problem, the next question is not CAN we fix it? The answer of course is "Yes, we can!". The question is DOES IT PAY to fix it? In the case of a countertop microwave oven, the answer is almost always NO. A full-size (~ 2 cubic feet) countertop microwave oven is typically in the $200 range. A small microwave oven (< 1 cubic foot) is often < $100. Parts are often relatively expensive (a full control board can cost as much as an entire oven - really!) and trouble-shooting down to the small level (e.g., relay instead of full control board) can be quite time consuming. But on top of that, while the chance of something going wrong is small, the risks are HUGE.

The exception, IMHO, is failure of parts that are designed to fail. Specifically, there are thermal fuses in many (perhaps all, I don't know the design requirements) ovens (especially microwave ovens, but actually some conventional ovens too) so that if there is a fire inside the oven, power will cut off quickly. I have replaced those in one microwave oven, but it was a built-in over-the-cooktop large oven - which tends to be much more expensive to replace than a countertop oven. In addition, the failure was clear - it followed a fire in the oven (long story...) and was not a fault of unknown origin such as you are dealing with here. Plus, the device acted as expected under the circumstances, and troubleshooting based on the wiring diagram all worked as designed. But in your case there is a failure - and a fail "on" rather than fail "off", which is NOT the way these things are supposed to work when they break.

The heating element in a microwave is controlled by the control board. It's not as simple as a stuck external relay. It would seem that the board is fried.

A microwave is essentially an easy bake oven that heats with an extremely intense light in a wavelength we can't see. The "bulb" is called a magnatron and it can output enough heat to severely burn you in seconds. It can also cause cataracts to the lens of your eyes, basically cooking your eyes. The metal casing is designed to contain the microwaves. If the microwave runs with the door open, it's an extremely dangerous device to have around.

Aside from the control board, they are very simple devices. You could open it in a few minutes to confirm that the wires that go to the big transformer and magnatron come directly from the controller. If so a replacement controller could be ordered online. If you know how to solder you could replace the relay on the board which has probably welded itself in the closed position.

Further testing would be required to confirm.

The relay contacts that provide power to the magnetron have probably gotten stuck, sometimes a sharp bump will knock them loose but once this starts happening they will keep doing it unless the contacts are burnished, I have had similar issues in the past and 1 appliance I had for almost 10 years after it started sticking it would do this about 2x a year. If you open the case use extreme caution as there are high voltages stored in the electronics and the capacitors need to be shorted / discharged. If you work on the electronics. Also make sure that if you work on it Do not plug it in until the entire case is fully assembled. The relays are usually plastic cubes most of the time black but sometimes clear.

Not the answer you're looking for? Browse other questions tagged microwave-oven or ask your own question.