Ask Question
Asked 9 months ago
Active 9 months ago
Viewed 99 times
-2
Closed. This question is off-topic. It is not currently accepting answers.

Downvote.... It doesn't fit on electronics.stackexchange.com, it doesn't fit here.... where else? Don't start to downvote, tell me where to go if it is wrong to place it here on this site.

Edit: Another downvote, this was the first question and the last.

I have a Philips HTS7200 home theater and replaced the old faulty drive with a blu-ray laptop drive because it is not replacable with an original one (not available and also drive quality is not the best - many consumers have problems).

This replacement is possible because the connection is a standard SATA connection so I have used an adapter to fit the design. I have used the old drive cabinet to tweak it into the design (not easy). The drive is powered directly from the internal power supply. 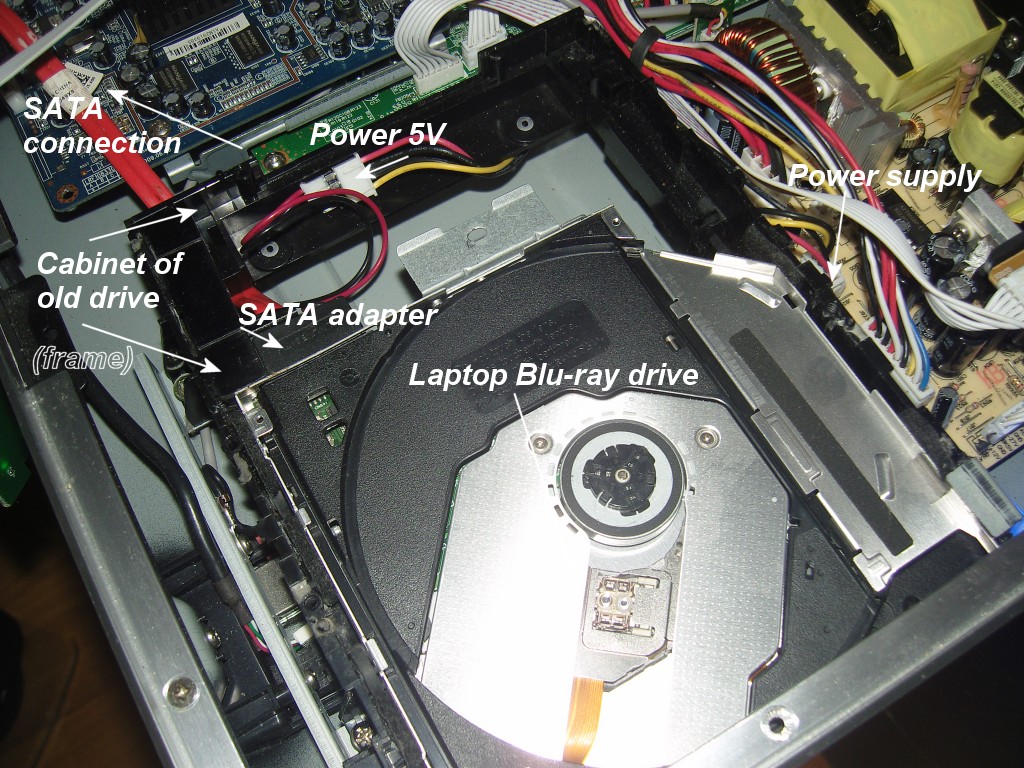 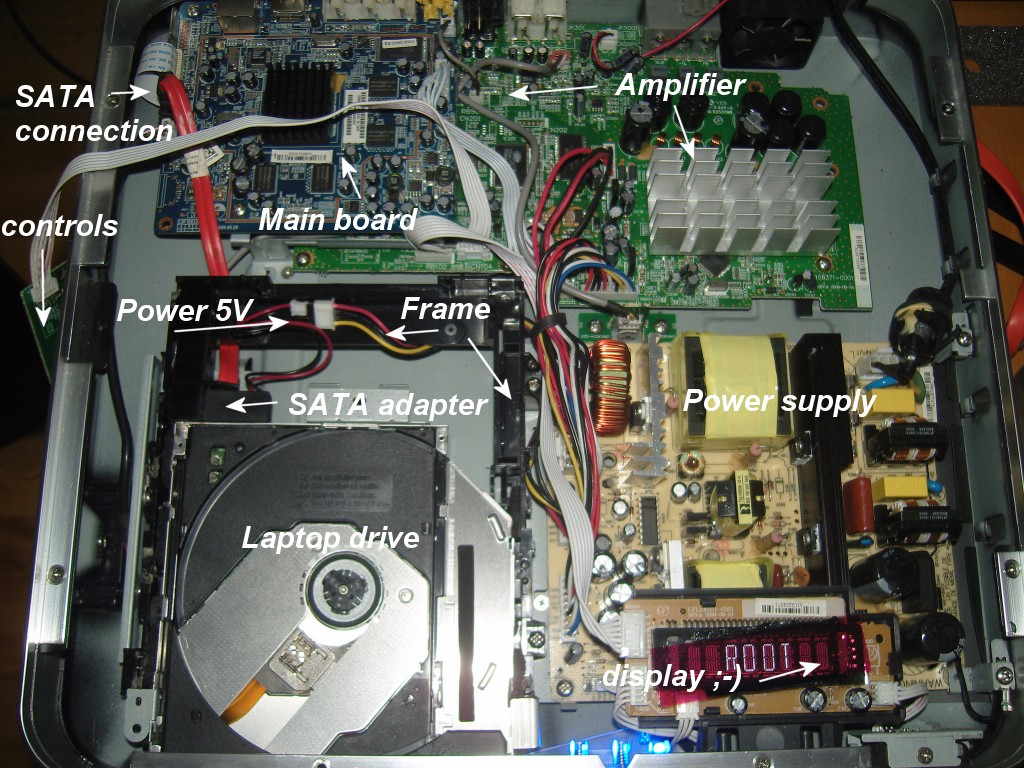 It plays any disc (CD/MP3/DVD) however detects blu-ray discs but won't play it. What could be the problem? When I press play I see message 1080i (which is okay) on the display and after this nothing happen. No error, nothing.

What could be the problem? Any ideas where to start?

Okay, gave up on this Philips thing for now, don't spend more time on it (and money). The 'new' LG CT10N installed drive seems have some firmware problems (and cannot find a newer one than 1.5). It seems it is a common problem because there are consumers with the same problem.

I have two of these and used one in an USB enclosure to test the blu-ray functionality on a PC, detects the disc and after this same problem won't read blu-ray discs however can read all other formats. The error is some decoding problem.

So yeah, this is a big sad puppy (which is a shame), very nice design and construction quality. I don't want to take a risk it won't work again by buying other drive. Maybe I find one for free but for now don't want to spend any penny on it.

Thanks for the help everyone!

I think updates is the issue with the HTS7200 (there are no updates) because there are other people with the orginal drive that cannnot play some blu-ray discs or no blu-ray at all. Something with 'keys' that needs to be updated over time, it is a complicated and insane protected format. And also the compatibility with the system like somebody else noticed in the comments however is weird because it can play all kind of other discs, updates must be the reason for a PC-like device like this. On PC same story, can play everything whithout requirements except blu-ray (however able to fix it).

In modern standards, a stand-alone hardware device without updates (not supported anymore) become obsolete over time. "Please throw it away and buy a new one". No spare parts available, no tweaking allowed to keep it running. I have seen this with all kind of 'smart' devices like TV's, Phones, etc.

To the manufacturers: "You don't care about planet earth, do you?". Really frustrates me manufactures forcing products (hardware due software) to be obsolete while it is still cabaple of.

Not the answer you're looking for? Browse other questions tagged repair replacement troubleshooting home-theater or ask your own question.

5
Should all charred wood be replaced in a home fire restoration?
0
The lighting in my house is dimly light when the switches are off, but only the LED's are lighly lit, the other types of lights just lighly flicker
2
Can a multi-meter be used to test home theater receiver speaker output?