I have the Lutron Maestro 2 Sensor Switch. As seen in the picture, it has a ground and 2 black wires.

My junction box has black and white, and is a metal junction fully grounded. Im not sure what I do with the second black wire on the switch. 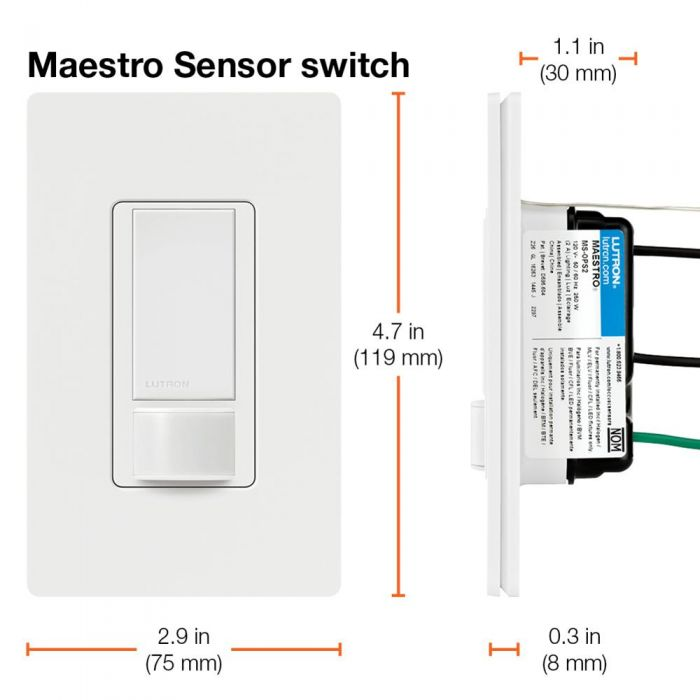 @manassehkatz pointed out that the wiring was most likely a switch loop, where the installer just used the black/white for the hot and the switch-hot, therefore confusing my insanely newb brain when an unmarked white was being used for the return hot from the light.

Unfortunately, the Installation Guide doesn't say much. It shows the two black wires but does not have any indication as far as which one goes to hot vs. switched-hot. The implication is "it doesn't matter".

However, the marketing information (and the installation by omission) makes it clear that no neutral is required. But the switch has to get power from somewhere to run the motion sensor. The instructions indicate this is by using ground:

So that tells me two things:

Provided your box really is properly grounded, connect both grounds (green & bare) to the box, connect hot to one black, switched hot to the other black, and you're done.

This actually makes for a very simple and almost foolproof installation. But they could have made it totally foolproof by being upfront in the instructions about how it uses the wires. A classic example of dumbing down instructions too far, raising more questions instead of making things easier.

As I understand it (pros can chime in, of course), lighting circuits in areas that require GFCI for receptacles (bathroom, kitchen, laundry room, etc.) do NOT need to be on GFCI. They can be on GFCI, and if so then a switch like this might be detected as a ground fault. If that happens then you should either move the lighting to a different circuit or (generally much simpler) pigtail the lighting to the LINE side of the receptacle instead of daisy-chaining off the LOAD side.

Assuming you're replacing an existing switch, then

It is also important that the switch is properly grounded to function.

6
How should a switch loop be wired?