Can I hook these wires up to find the connection to a dead outlet?

I have an outlet in a small bar area that does not have any power coming in to the wires. It's been like this for as long as we've been here (4 years, house is 20 years old). I checked every breaker, every light switch, and every GFCI and it didn't appear to be attached to any of them. I found an empty receptacle in a cabinet in our mudroom with the 2 white wires, 2 black wires, and 1 ground wire. One of the black wires has 120v with one of the white wires while the other pair has zero.

I'm assuming the pair with 0v is going to my "dead" outlet. I have no idea which circuit it's on so I'm going to cut power to the entire house and put the black wires in a wire nut together and do the same thing for the white wires. Any issues with this? Do I need to do anything with the loose ground? Thanks for any comments/suggestions. 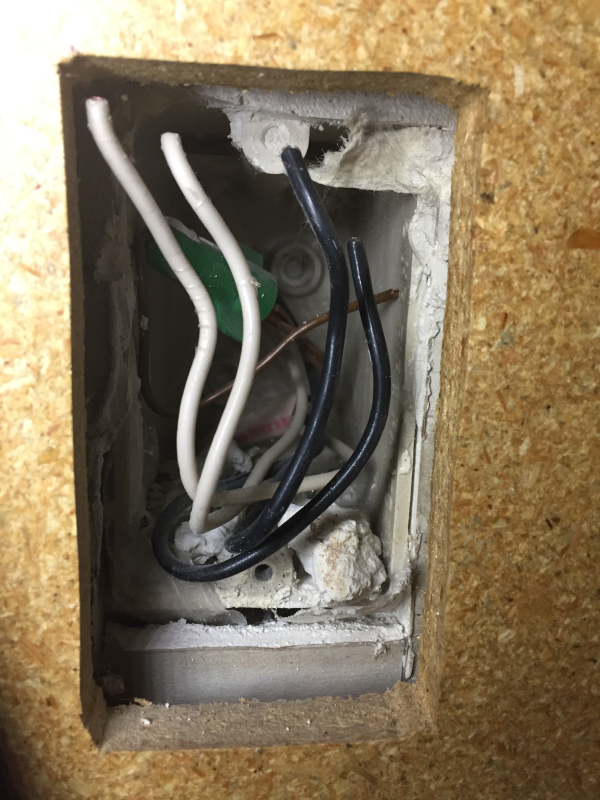 This is answer is based on the wires in the pictured box were found that way - just hanging loose - and not capped with wire nuts. If they were capped with wire nuts then I would much more likely (but not guaranteed) consider this more of a "are these the right wires - tone/test to find out" situation. But as is...

The problem is you don't know why the previous receptacle was removed from the box. The likely possibilities, which you are counting on, are:

But it is also possible:

You have no way of knowing which of these scenarios (or some other one I haven't thought of) actually happened. As a result, while it is easy enough to connect these wires together and see if the receptacle works, you might be reactivating an old problem, such as:

Are there ways to check things out? Yes. You can test the wires in each section to make sure they are low resistance and not shorted. You can check (even replace) the broken receptacle to avoid any problems there. But you are starting in a really bad place - with a receptacle that was removed and the wires were not properly capped. So you really don't know what is going on with these wires.

Anyone who would leave the wires hanging doesn't know electrical safety 101. What other problems might be lurking???

An easier way to figure this out is to use a tone generator. What you can do is hook the generator to the wires in your existing outlet and use the wand to see if it's hooked to that. No tone there means it's not the wires to your outlet. It might also provide you a clue where it might be hooked up.

It's also safer, since you aren't hooking up electricity and crossing your fingers that it doesn't end in more cut wires somewhere else.

Hmm. That setup with the added particle board wall being very, very proud of the receptacle is not a pretty thing. I suspect there was a something here that was ripped out because the home inspector redflagged it, possibly because it wasn't attached properly. I don't see where any mounting holes were ever used.

Either way, I don't see a problem with your strategy to splice.

However, you will need a proper junction box cover here. They make steel blank covers that are quite narrow. Look for one small enough that you can wangle it past the irksome particle-board, and have it make contact with the drywall behind.

Now, if you're confident that particle board will never move (you mentioned it was part of a cabinet), you could stick an "extension box" there. (Thanks Jim and Micah) I say use a drawn steel handi-box type because they are the smallest and most likely to clear that hole. 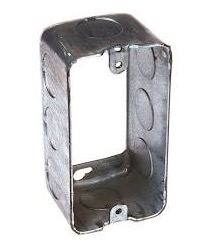 1
Six wires in outlet box, from 3 different circuits; 4 are hot?
1
Are these my ground wires?
2
Dead GFCI outlet(s), wire is live
2
Outlets are dead, but electricity is coming into the box
1
Electrical outlet installed by previous owner had Black and Green wires wired together
0
Three wires in an outlet box
15
How can an outlet with only 2 wires (hot and neutral) be grounded?
0
Dead circuit off of GFI outlet