I have a machine screw from the hardware on an old desk that needs to be replaced (the knob it goes with is slightly stripped so it needs a longer screw to catch when mounted), but it's a really weird size. The outer thread diameter is 3.7mm, and there are somewhere between 30 and 32 threads per inch (it's 1" long but last mm or so of the shaft is missing threads). This doesn't match any standard metric or US size (it's between #6 and #8 and as far as I'm aware there's no #7). 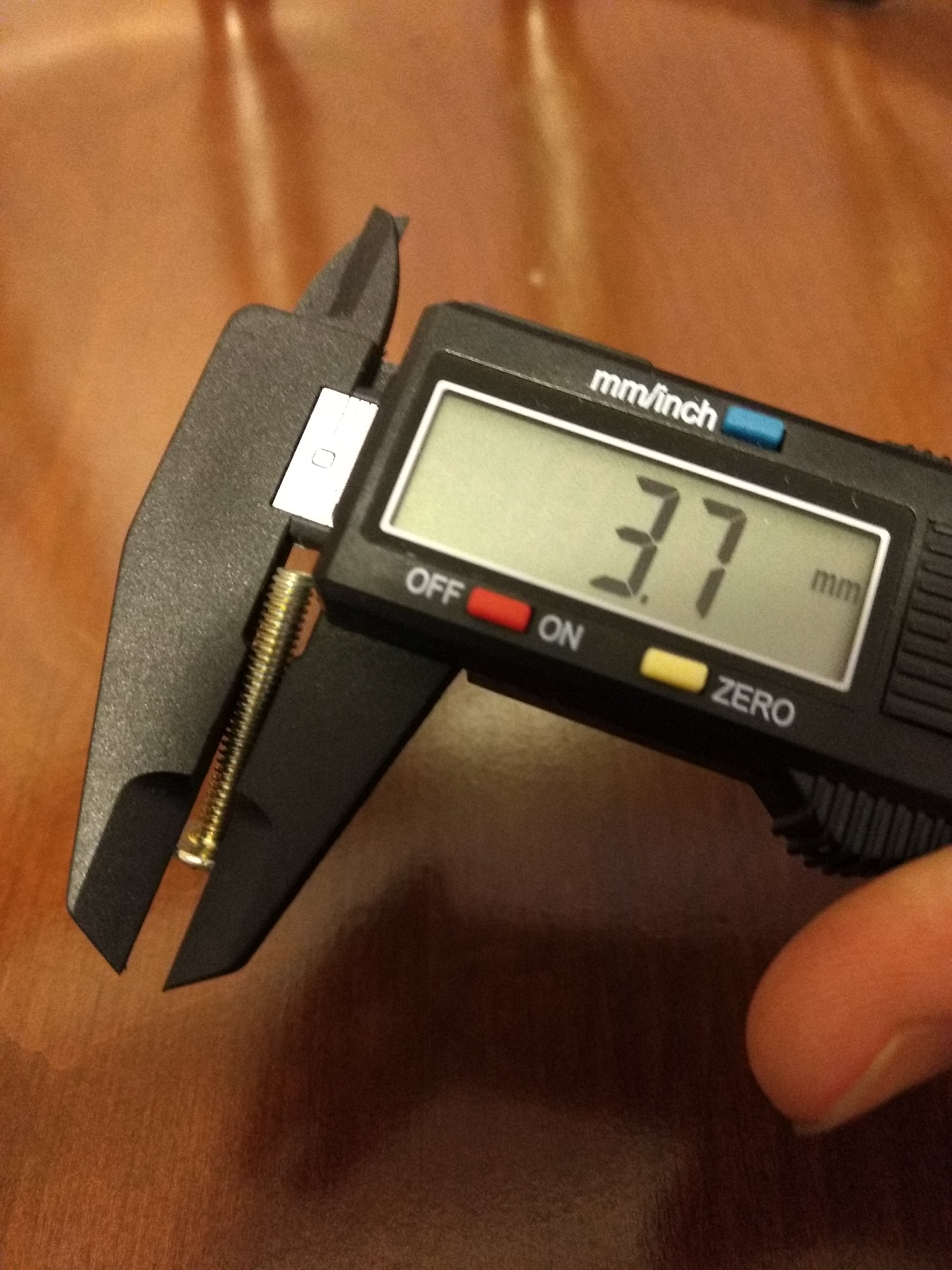 The closest thing I found to a match looking up various thread sizes with a 0.1875 inch British standard cycle, but even if that is what it is then I suspect you will find it extremely difficult to actually buy.

The number series of machine screws once included more odd numbers and went up to #16 or more. Standardization efforts in the late 19th and the early part of the 20th century reduced the range of sizes considerably. Now, it is less common to see machine screws larger than #14, or odd number sizes other than #1, #3 and #5.

Applying the formula for the "#N" sizes, #7 would be 3.8354 mm, which is well within the tolerance of, and off in the same direction as, what I usually measure for thread outer diameters with my cheap caliper. Since both #6 and #8 are 32 TPI for coarse thread, #7 would be too. So I'm pretty sure this is actually a #7-32.

Prior to finding that, I actually did 3D print a 3.8 mm 32 TPI replacement, and it works. 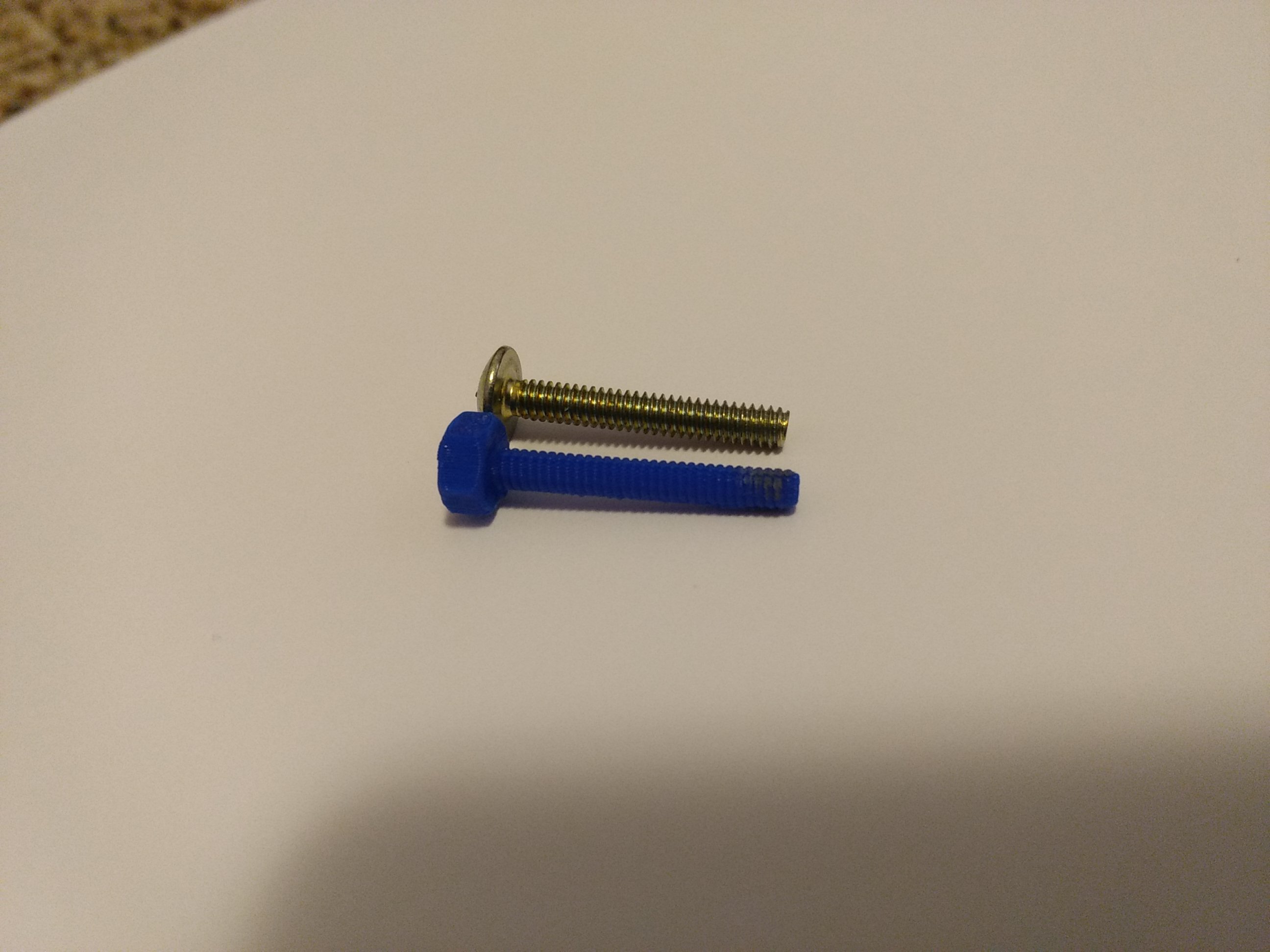 2
Metric Screw Size Specification Question: M4x10K?
13
Choosing the right machine screw for a threaded hole in a computer monitor mount
0
What size is this wallplug, and then what drill size (and type) would I use for brick?
0
GFCI conversion trouble: receptacle not screwing into outlet support plate
0
What standard is this very coarse screw?
17
Technique for driving hinge screws to minimize misalignment
1
Trouble matching a screw - are there sizes I may be overlooking?
0
Apparently stripped holes in dryer door hinges
1
What is this tiny screw?
1
“European” to US screw nomenclature mapping (and reverse)