How to remove an old bosch drill chuck?

I've got an old Bosch corded hammer drill, model PSB 500. It's not the "RE" (reversible) model. The chuck is a traditional one with the jaws and the key to loosen and tighten the bits.

Since this model is not a reversible one, the chuck has not the central screw to remove. There is only a sort of flat head, it seems like a pin, and a really small hole on a side of this flat head. I can't understand if the hole has something to do with the removal process.

I followed the procedure I found here and on YouTube to unscrew the chuck: - lock a big Allen key in the chuck - hit it with a hammer in counterclockwise but: 1) the drill model doesn't have a lock button to avoid the rotation of the entire engine group; 2) the chuck shaft doesn't have a wrench friendly grip (the notches you see in the picture are at 120 degrees so useless for a normal wrench); 3) I tried to lock the shaft with a pliers but the chuck doesn't loosen the same.

Is there a way to remove this kind of chuck? 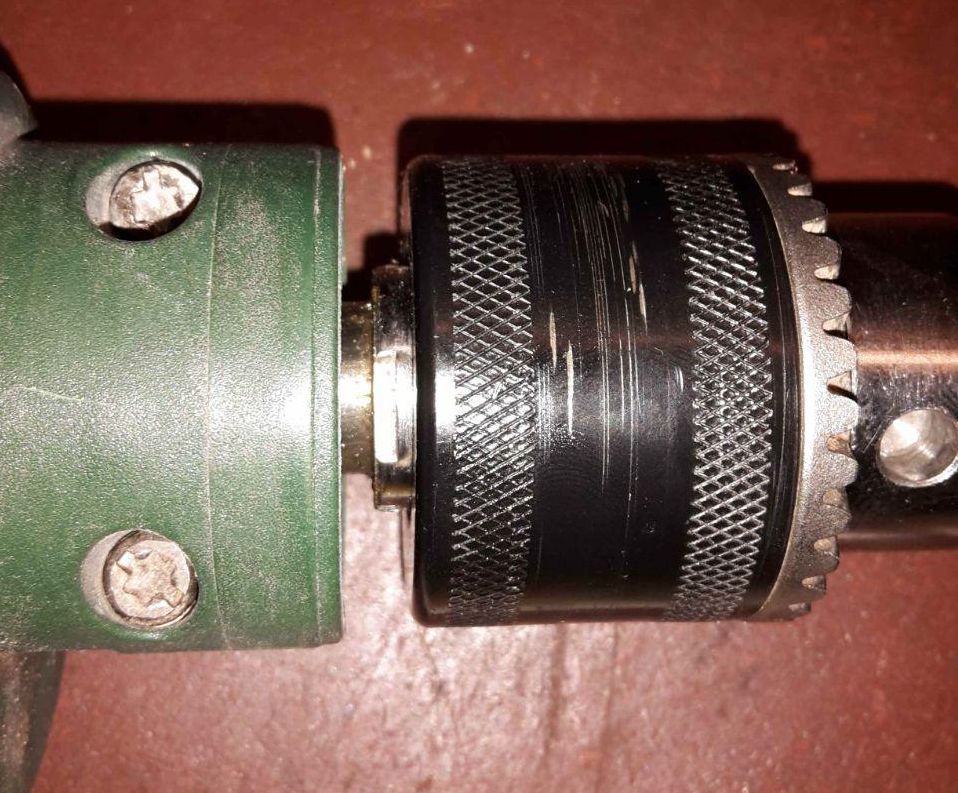 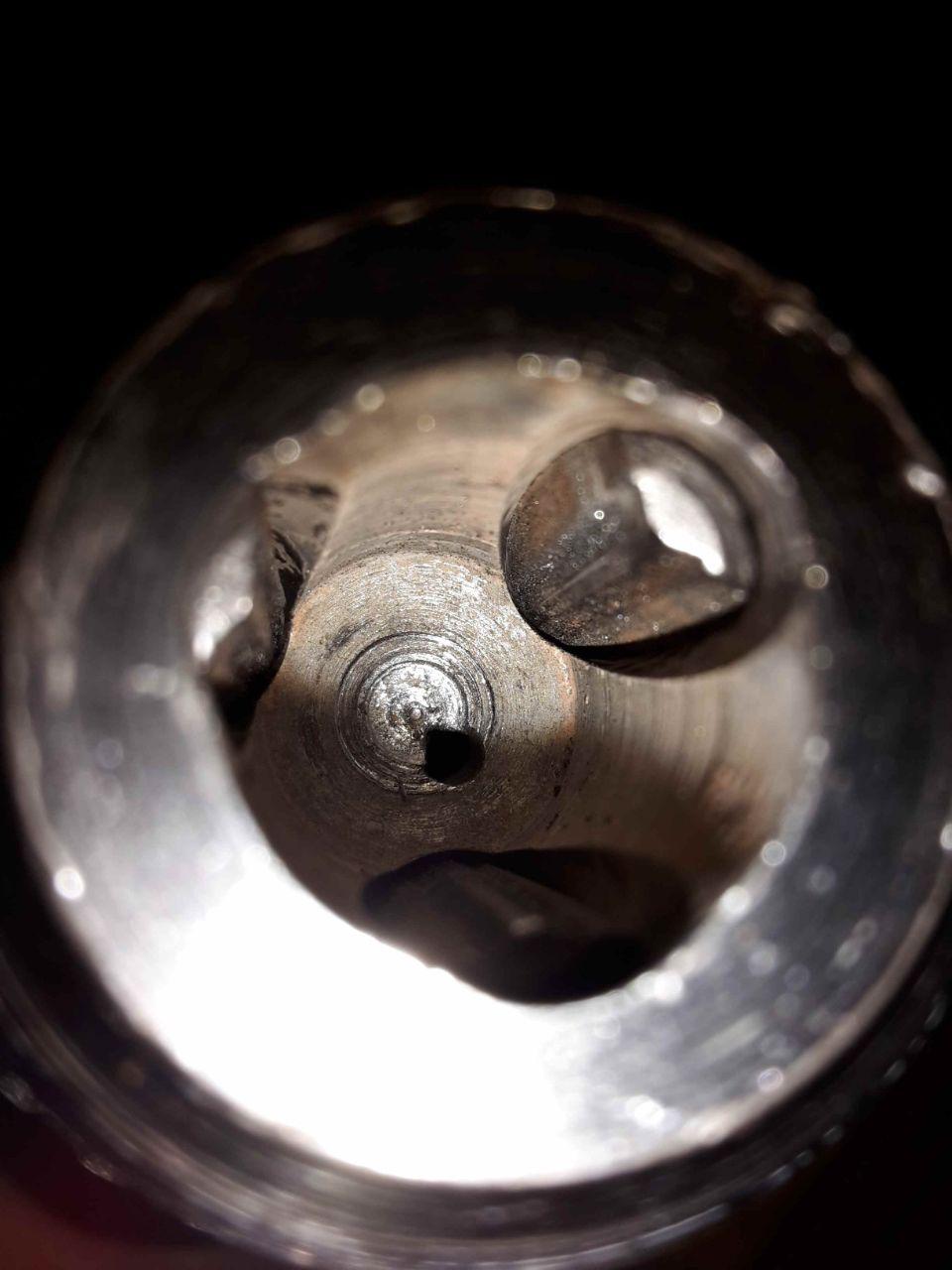 The last time I removed a chuck like that, I had to open the jaws and remove the screw that was down inside the chuck...

And, sadly, they are usually "munched" due to the drill bits that have turned in the past....

If this diagram represents your drill:

On this page is a search feature that will bring up an exploded diagram of your drill if you enter the right product number or model number.
A product number uses a ten digit number like "3601B18110" to identify the drill. A model number looks like "1191VSRK".

3
How do I remove this keyed Jacobs drill chuck?

13
How do I remove a drill bit that is stuck due to an overtightened chuck?
0
What size chuck key do I need for my Black & Decker DNJ62 drill?
0
How to further disassemble cordless drill/driver chuck?
14
Masonry bits dulling after 3-4 holes
3
How do I remove this keyed Jacobs drill chuck?
15
How do I release a bit from a jammed keyless drill chuck?
0
Drill bit stuck behind chuck
0
Choosing pilot hole size for brick