I'm looking for a good way to correct and arrest horizontal splitting of some floor joists where they rest on the top-plate below.

The joists are 2"x8" (nominal), spaced 12" OC, and the ends away from the central beam rest on the top-plates of the basement's exterior walls. The joists are each about 14' long, but I don't see any signs of trouble in the middle, for example sagging. AFAICT, each joist-end is held in place by a single toe nail into the top-plate below, and whatever nails come in form the subflooring above.

Many of the joists have cracks, either hairline or larger, starting at the end of the joist resting on the top plate, and extending several inches towards the far end of the joist. I suspect this was caused by (a) the toe-nailing and (b) 50 years of load.

Note: The first picture is getting rotated against my will. In reality the window is below the joist. 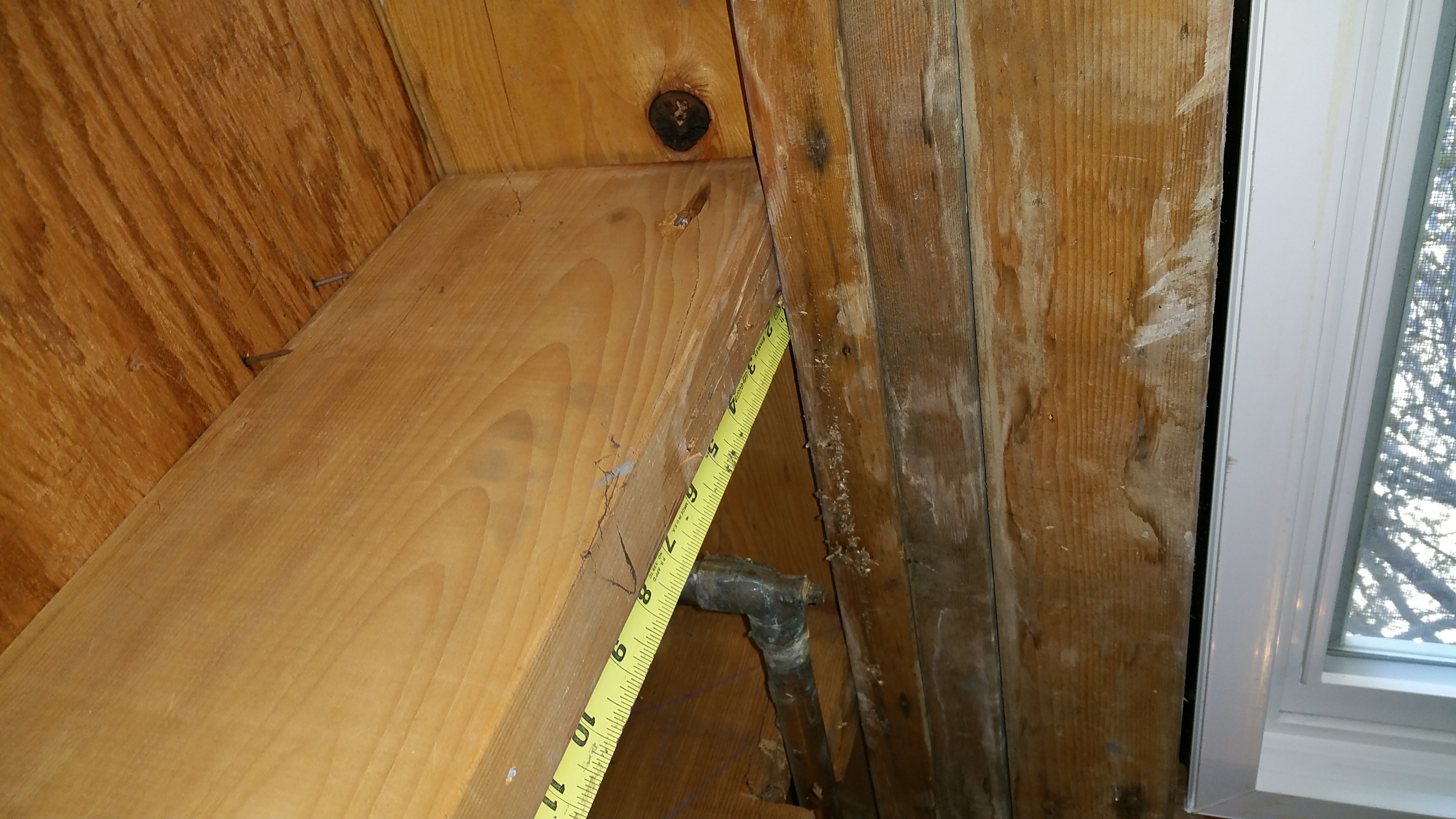 The worst splitting seems to happen with joists that were bottom-notched to support plumbing: 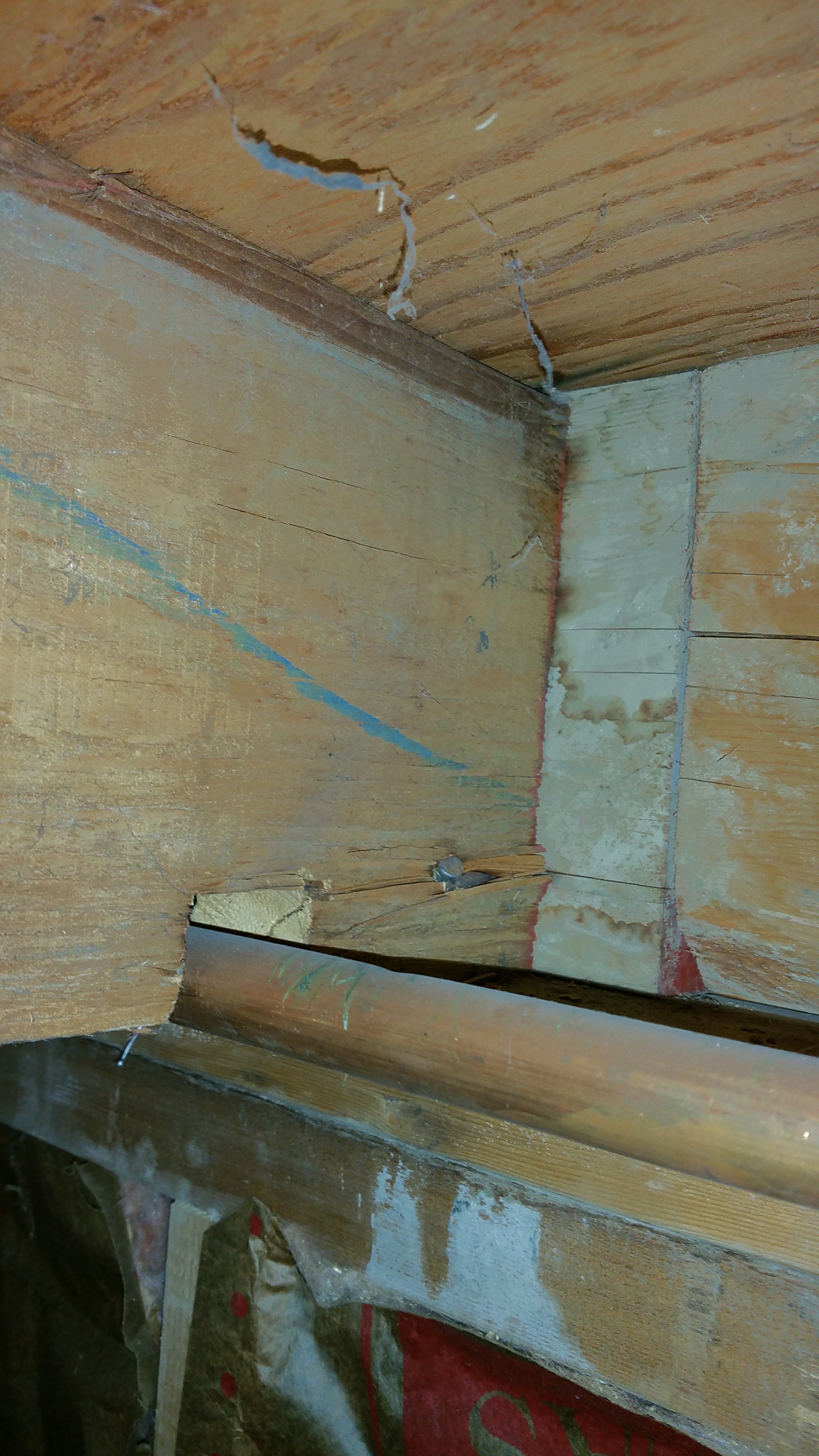 Just another example. The existence of the hole in the center seems to result in a longitudinal crack, but it doesn't appear problematic (yet). 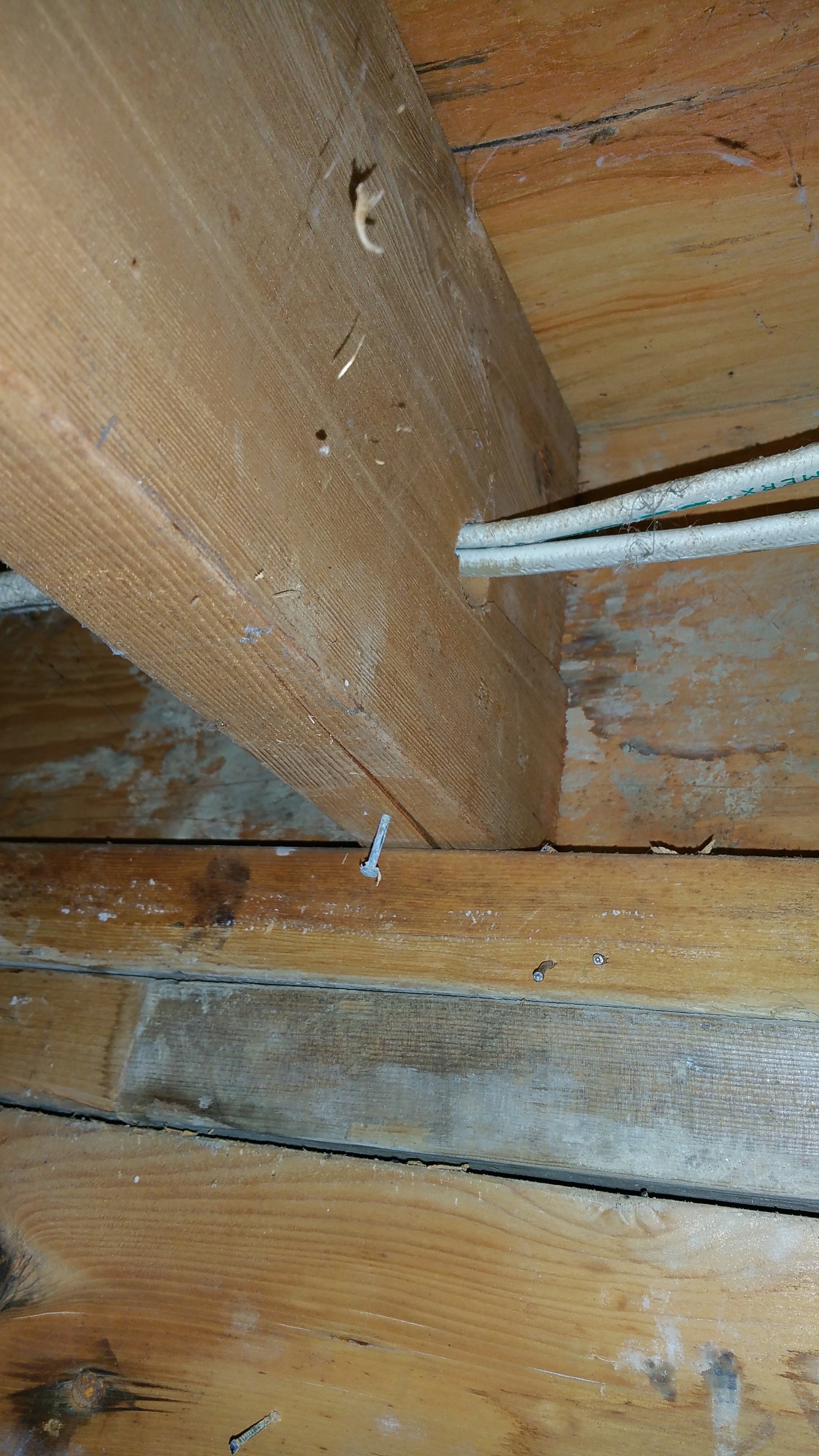 My ultimate goal is to ensure the structural integrity of the framing. Ideally without sistering the joists, because that would cause various additional hassles.

So I'm thinking to reinforce the problematic joists ends using steel L-brackets, so as to resist the horizontal spreading of the joist wood where it's resting on the top-plate. By adding a bracket on both sides of each joist, I hope to fully prevent any horizontal splitting of the joist.

Edit: a rough sketch of one such bracket installation: 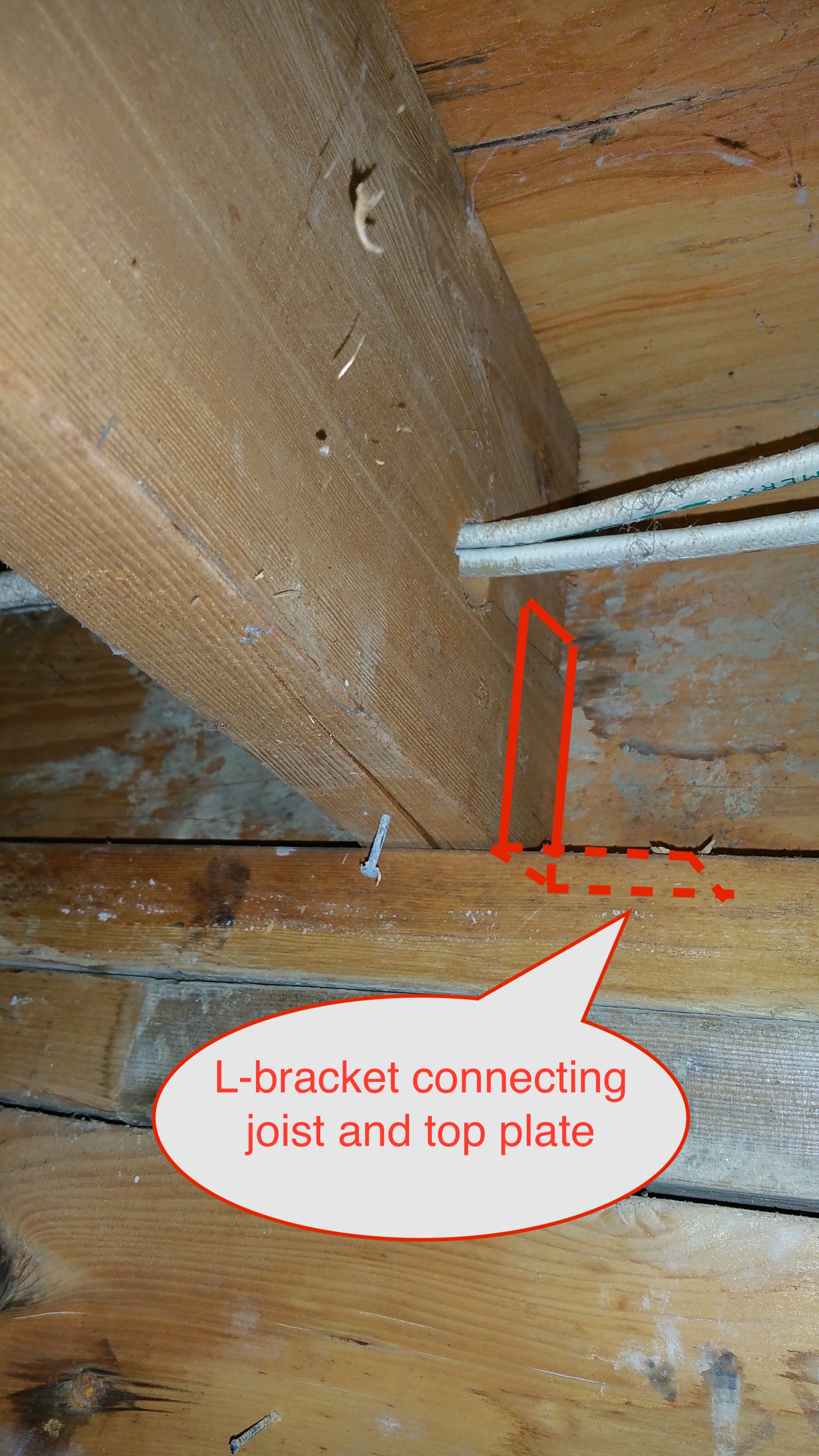 Any thoughts on the viability of this approach?

None of what you're describing is particularly concerning, and is fairly typical of old, dry wood. Those cracks have probably been there almost as long as the joists have. The brackets you propose will not provide any useful benefit, as any movement would be due to compression of the joist, and brackets won't stop that. You'd need to sister the joists fully or in part, bonding the two members together adequately with construction adhesive and screws. I don't think that's necessary, though.

However, the water damage as indicated by the staining on multiple members raises flags. Softening of wood as it decays results in settling and structural damage. That should be your primary concern. If the cause hasn't been resolved, do some investigating. My guess is that there's an entry above that area with inadequate drainage.

Not the answer you're looking for? Browse other questions tagged repair joists structural renovation or ask your own question.

8
Floor joists connection to eaves
0
How to properly double on ceiling joists
2
Trying to Determine if Attic Braces and Collar Ties are Structural
1
Resting joist hanger on top plate?
3
Running wire through sole plate and joist at an angle
1
Should I reinforce these joists at the central beam? If so, how?
4
Is there a simple way to make these rough sawn, exposed joists level and flat?
0
Treehouse joists on beams or beside beams?
1
Joist pulling away from center beam
6
Sistering Floor Joists