As I understand it, one should pre-drill the hole for the fastener to prevent dimpling.

I am new at this so any lessons-learned or pitfalls to avoid are appreciated. 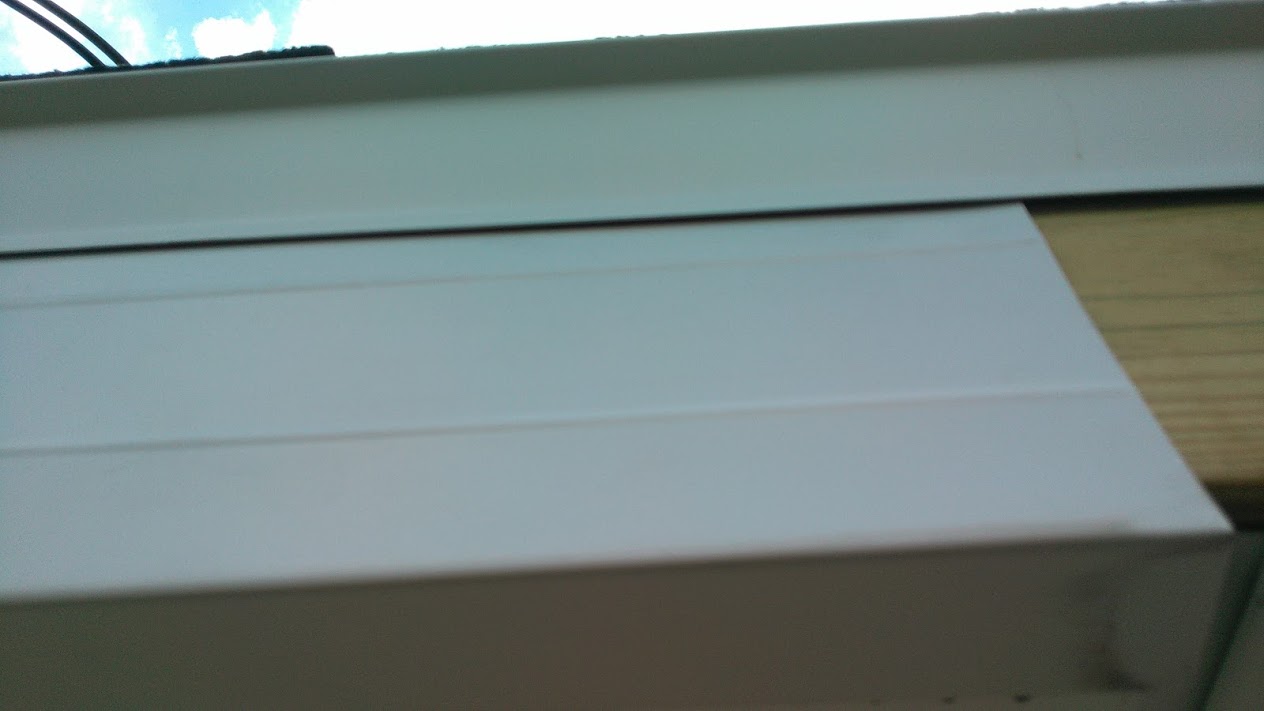 Fascia wraps should only be nailed on the bottom (horizontal) face if possible. Avoid nailing the vertical face except where the run terminates if you have a gap, and then use a single nail. Dimples in the vertical face are very difficult to avoid and show conspicuously in certain lighting conditions.

Most carpenters don't pre-drill, but it can be difficult to penetrate the metal if you're not skilled in upside-down nailing. Feel free to do so. You might even do it on the ground beforehand. Aim for the center of the face and every 16" to 24" or so.

Be sure to use corrosion-resistant nails in a matching color. Drive them just far enough to pull the wrap into position. When working with finish metal, gentle is the name of the game.

The problem I've found is that most people in my area use narrow gauge (stainless?) nails on fascia, which do a poor job of holding over time. In my first house, I had a section begin to sag away from the boards over the garage. I noted rain was getting in and later, when my father-in-law and I pulled it back from the boards, we discovered the board had completely rotted out in places. After pulling maybe half the sheets off, we found the nails were sagging all around the house (in addition to some of the boards not being nailed flush to the tails of the rafters). Cost us some $50 in lumber and a good day of replacing bad or poorly attached boards.

When I put the fascia back up, I used #8 2" pan head stainless steel screws (the pan head is more important than the length, as I've used 1" without issue). Pre-drilled holes where the nails had been and the screws went in easily (don't cheat and try to power them in or you'll strip those softer screws out). The pan heads cover the holes pretty well, they suck-up to the wood, and they don't work their way out. Period. Those screws are probably still up there, along with all that wood we replaced.

The caveat here is that my fascia had a "drain gutter" so that water that did hit the substrate would roll down into there and fall out in the piece breaks. I would be less inclined to do this on fascia that doesn't allow the water to drain away from the boards. It's unclear if your fascia does that.

Not the answer you're looking for? Browse other questions tagged fascia or ask your own question.

0
Good alternative to wood fascia trim
1
Cut steel fascia board cover lengthwise?
1
When is it necessary to paint a wooden fascia (barge) board?
2
Name for wooden board that supports fascia, drip edge, soffit, and gutter?
2
How do I repair or replace a fascia gutter end caps?
3
Fixing water ingress at mitred corner in roof fascia
0
Replacing Gutter Fascia?
1
Should rain gutters be installed behind metal drip edge?