My exterior outlet/garage outlets are part of a 15a tandem switch currently that's not GFCI. Looks like this: 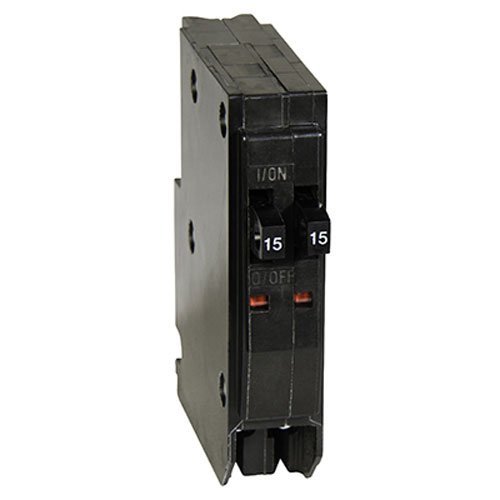 One of the hots runs the string of outlets I want to protect, then there's a hot from the other part of the tandem switch, and a single neutral split between them. I don't think I can use a single GFCI 15A circuit and just switch the single circuit over.

Closest thing I can find is this: 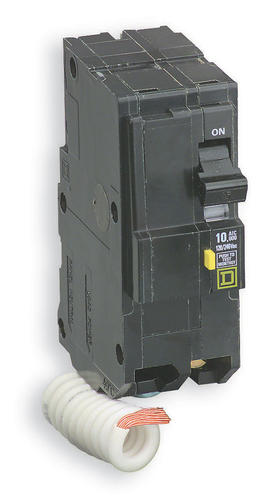 But that's two pole, not one pole (and I can tell the difference in the picture, but honestly don't understand quite the difference). My panel takes QO breakers...

Any help much appreciated!

UPDATED IMAGES INSIDE THE PANEL 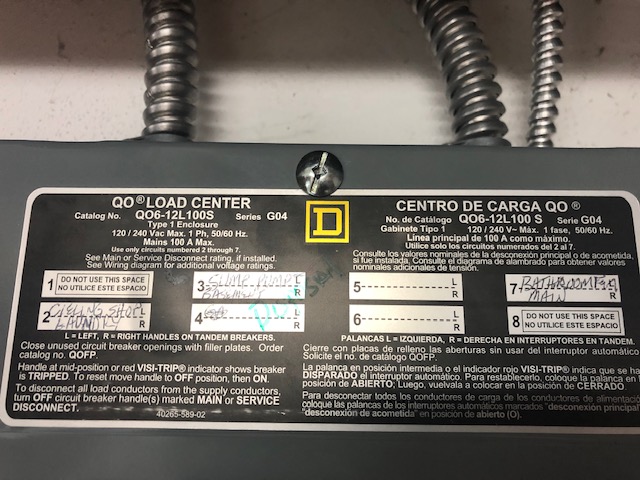 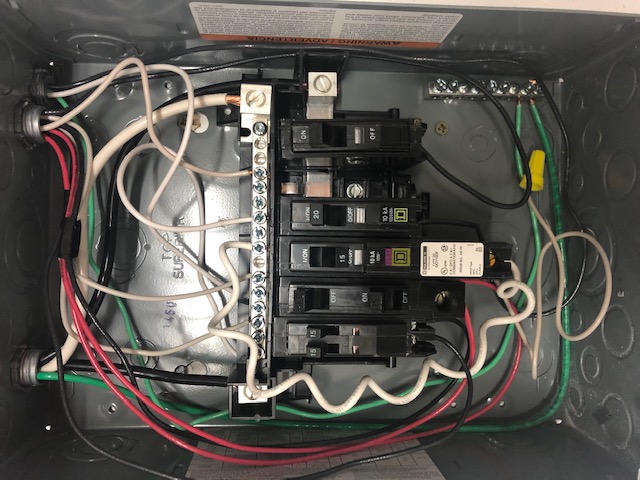 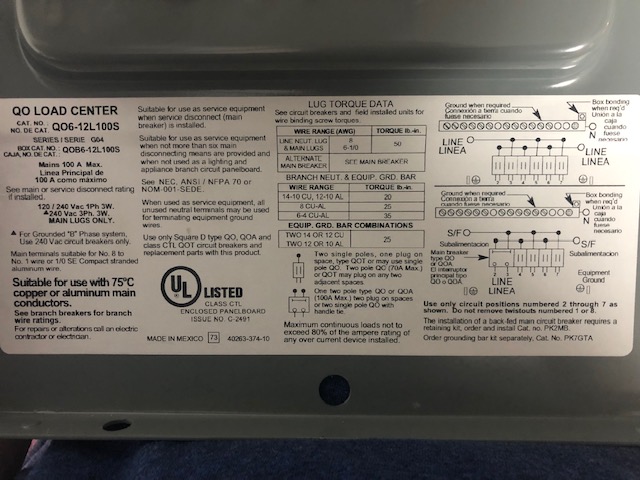 Just so people understand the context this is a new house I moved into. I didn’t ignore rules, I’m just trying to fix an issue that was there before, and do it safely. Your input is very helpful.

The top left of the panel is input to the sub-panel. The panel came with the two breakers on the left, and the breaker all the way on the right. Coming into the box were essentially three sets of wires through one metal conduit, with each set having a piece of electrical tape around them. There’s a black, red, and white bundled together, and another black red and white bundled together (14g). The two black wires go to one breaker, with the white neutral above it, and the two red wires go to the next breaker, one neutral above it. The 3rd set is a pair of black and white 12g wires that go to the 20A rightmost circuit. Then there are two circuits in the middle that have the visible square D symbol that I added. The first one on the left is the GFCI 15A circuit, not hooked up to anything but the neutral and turned off, the failed addition, and a 20A circuit hooked up to a 12g pair of black/white wires that goes out to topmost right position in the sub panel to an outdoor GFCI outlet I added (the only things I added to this panel).

Curious to know if this changes anything. Thanks for your thorough thoughts!

Since my original answer was very generic to shared-neutral/multi-wire branch circut/MWBCs and tandems, and you've added a lot of new info, I exported it to this straw question here. Here are my comments particular to this case.

The two breakers in each MWBC need to be handle-tied both for safety, and to assure they are on opposite poles, and to warn the next maintainer that these circuits are special. 2-pole breakers will also fill the bill.

That said, the classic "single-file" tandem breakers, as seen in your panel, are clearly built to be compatible with handle-ties if two such breakers are installed abreast. This would be an appropriate way to tie the MWBCs. It's possible it had been that way, and one of the breakers failed, and they found "classics" were no longer available and they had to take the "switches abreast" type. If you find two handle-ties in the bottom of your panel, that's what happened.

Now it's time for GFCI

There's no such things as a duplex ACFI or GFCI. They take a lot of space. Likewise no such thing as a quadplex AFCI or GFCI; but they do make them in 2-pole.

If you only need to provide GFCI to one of your multi-wire branch circuits, at first glance it seems like you have room. But you don't, because that would "orphan" one of your shared-neutral MWBCs.

Your best bet, then, would be to consolidate the two non-MWBC non-GFCI circuits (the top 2 breakers) onto a single duplex (which, notably, you have two of). That will free up one more space, so you'll be able to give 4 spaces to the 2 shared-neutral circuits, allowing 2-pole GFCI/AFCI. That is your best bet.

There's one more option; you are allowed to fork circuits right at the panel (i.e. have a circuit depart 2 directions out of the panel). You could simply declare both MWBCs to be the same circuit. Both circuit's reds would go to a red pigtail; both circuits whites likewise, and blacks likewise. Then the 3 pigtails would go to the GFCI. This would limit the current on each MWBC, obviously, but you might get away with it.

The best option yet

I'm sorry, but having seen you drop $40 on a GFCI you can't use, I cringe at proposing you spend $160 more. This panel is stupid-small anyway, so why don't we kill two birds with one stone?

Go get one 60A 2-pole GFCI breaker and a 16-space subpanel. Mount the new sub right next to this one. Fit the 60A GFCI here and use it to feed the main lugs of the new sub-sub-panel. Any circuits you install in the new sub-sub will be GFCI protected by inheritance. Install these circuits in the new panel using ordinary 2-pole breakers.

Now if you want the non-GFCI sub to be 16-space and the GFCI sub to be 6-space, swap them. Either physically by tearing this panel out of the wall and terminating all its conduit connections to the new panel; or electrically by extending the feed wires to the adjacent 16 and putting the GFCI there to power this one.

That is a square D tandem breaker they are on the same leg of your main power it is a code violation and a fire hazard on top of a electrical safety issue. Some working on one of the circuits even though turned off can get shocked because the other circuit is live. A double pole breaker using 2 slots would be required to use a common neutral (called a multi wire branch circuit) this takes power off of both legs of the main power and each leg is 180 degrees out of phase so when 1 leg is at peak voltage the other is at minimum this is why the neutral can handle a MWBC. 2 breakers can be used if handle ties are used but it still takes 2 slots. If you get those circuits on separate legs you can use the existing wiring with a double pole breaker or 2 breakers that have handle ties or even better would to use the double pole GFCI breaker then both circuits would be protected. If you want to save some $ use a non GFCI breaker(s) and install a GFCI outlet on the first one in the string, then using the load terminals on the GFCI feed the other outlets. Note with MWBC the neutrals need to be pigtailed removing the outlet can not open the neutral. Hope this helps you understand what's needed to do it safely & in a code compliant way.

Close, but no banana!

Amazingly enough, the existing wiring is almost right -- the two blacks are on one leg, and the two reds are on the other leg, as they should be, so you actually don't have to worry about burning your house down with this!

However, there is still a problem here, and that is that there's no common maintenance shutoff for either multi-wire branch circuit originating in this panel. Code requires this so that somebody doesn't shut one half of the circuit off, then get bit by the neutral because the other half is still allowing the neutral to be "live".

At this point, we then run into trouble. Normally, I'd say "go slap a quadruplex breaker in there and call it a day", but the closest thing to a quadruplex QO is a pair of QO tandems with their inner poles handle tied using a QOTHT. However, that only provides common maintenance shutoff for the inner pair of poles, so its not an option.

Instead, what I would do, since you can pull the single pole GFCI from the failed addition out and have a space spare atop that, is get two QO215GFI breakers and install them in place of the failed addition and the two tandem breakers, thus displacing the 20A breaker up a space. Each black/red/white bundle lands on the load lugs of its corresponding circuit breaker (black/red to the hots, white to the load neutral), and the line neutral pigtails go into holes on the panel neutral bar. You'll have to remove the remaining twistout from the panel deadfront before you put it back on, as well. This also takes care of all your GFCI needs for those circuits as well, of course.

Aside from the fact that you must fix this "shared neutral" issue, whatever it really is (I'm not convinced you described it right):

Not the answer you're looking for? Browse other questions tagged electrical circuit-breaker gfci or ask your own question.

6
Why are tandem breakers on shared neutral (MWBC) problematic?

4
Using a 30-amp tandem circuit breaker for a 120/240v circuit?
1
Multiwire Branch Circuit with GFCI
1
How can I replace circuit breakers with GFCI breakers when it is a multiwire branch circuit?
2
Multi-Wire Branched Circuit and GFCI
1
2 wires with same neutral in a tandem circuit breaker on the same leg
0
Tester shows Circuit wired correctly but GFCI Trips under smallest load
0
Can I split a shared neutral between two GFCI breakers?
0
Shared neutral on two circuits using a single-pole tandem breaker