How do I get a cam lock out of a really deep hole?

I bought a 54" desk from a local Walmart, more specifically a BH&G cube organizer desk. While I was putting it together and following the instructions, I realized that the cam locks weren't joining with the screws no matter how far anti-clockwise I turned the screwdriver. This was strange since in a previous step, I managed to screw the cam locks and screws in place without any trouble. However, on further inspection, I realized that I had accidentally placed the problem cam locks further into their holes than I should have, where they normally only go in as far as the thread.

I tried to remove them with a screwdriver, but they don't seem to make any noticeable progress out of the hole. I tried lightly tapping the other end of the desk piece with a hammer, but that doesn't seem to work either. They seem to be really stuck in there. I'm just wondering how I would be able to fix this, any help is appreciated. Pictured below is a cam lock I managed to pop out with a screwdriver, a spare nail and luck, and a cam lock that's still burrowed in one of the holes. 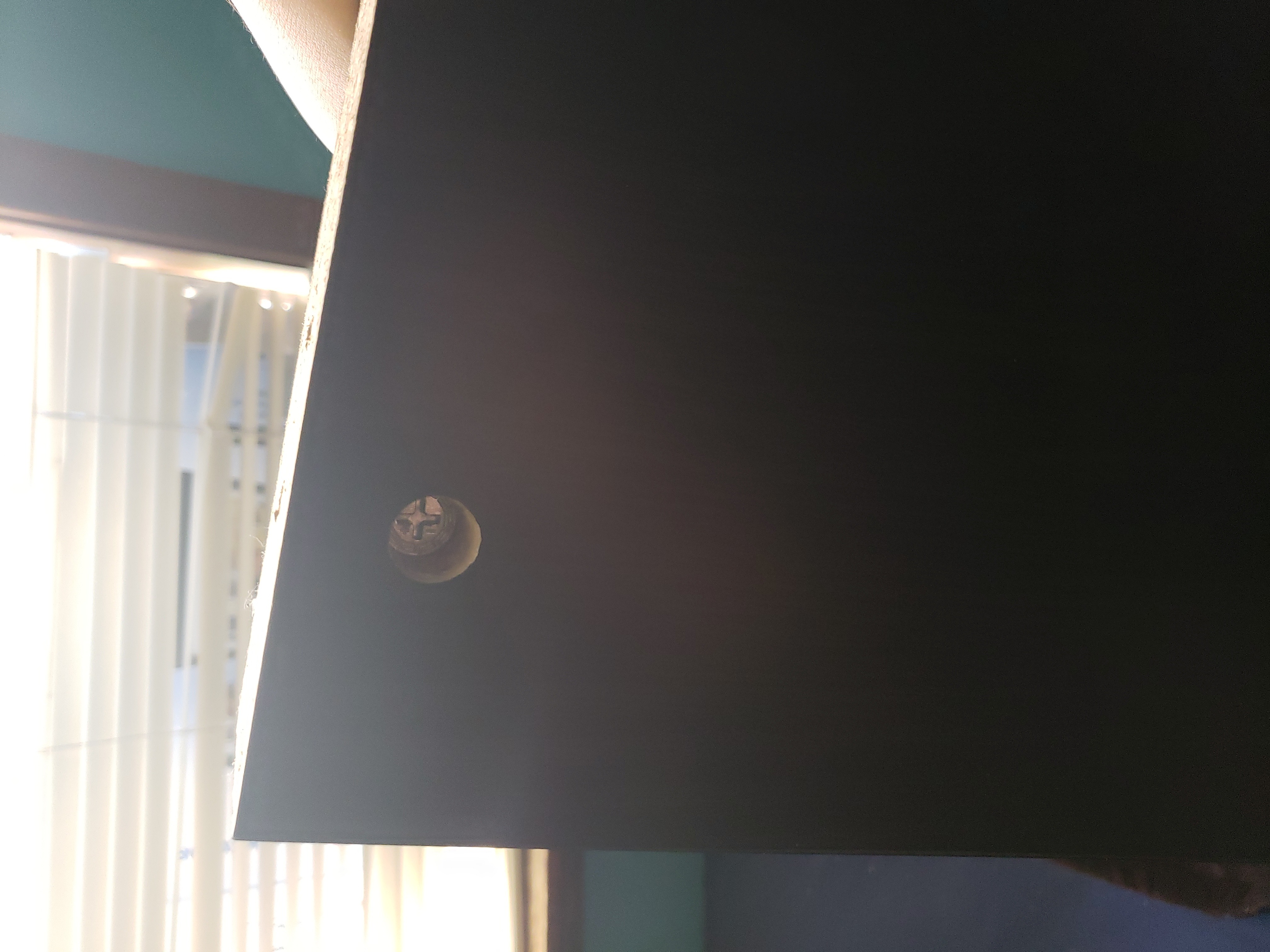 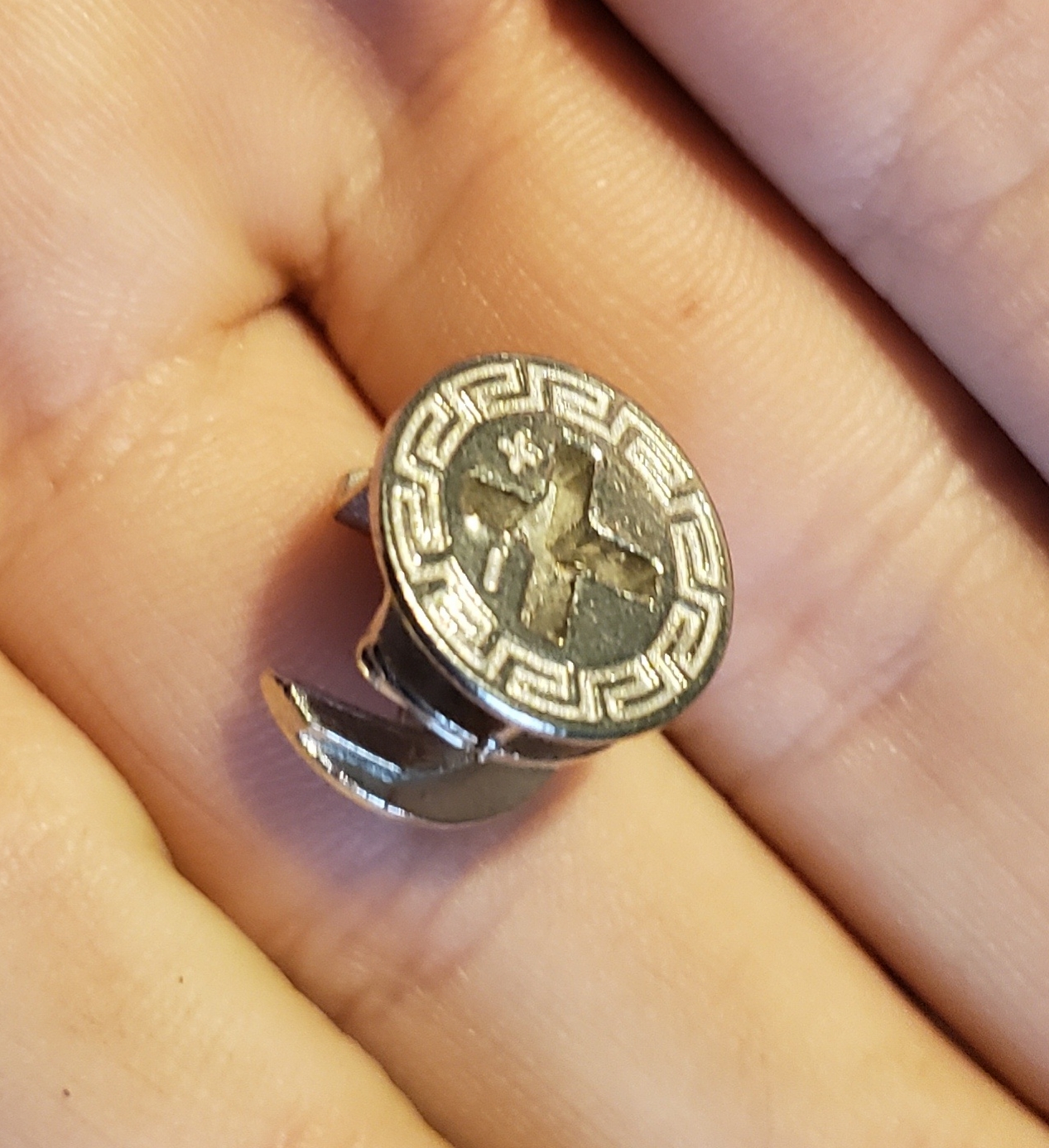 Put some hot glue on the end of a dowel or other stick and put it in the hole. Give it a minute to dry then gently rotate the stick (and cam) while pulling it out. Hot glue would be a quick fix, but next step is a stronger glue that might take longer.

Final options - try to drill a hole into the center of the cam lock and threat a small screw into it and pull it out. Or, if it's not in a very visible spot, drill a small hole in the opposite side and poke out the cam lock with a wire or pin. Last method is fast, but will leave a visible hole on the "finished" side.

1
Threading aluminum
1
Removing counter sunk metal security Torx head screws
3
How can I temporarily secure a wooden countertop to its base with limited cabinet access?
0
How to get broken screw out of wall anchor
1
Remove Tight Decking Screws
2
How to unlock a jammed cam lock
0
Apparently stripped holes in dryer door hinges
1
What kind of screw do I need here to hold a cabinet hinge?
0
Backward install of cam lock