I am starting a bathroom remodel second story that requires a length of NM wire to be lengthened by a few feet. I realize I can't do this hidden in a wall or floor and need this done in accessible junction boxes. This is not a big problem because I have sheetrock down and can mount two boxes with the wire extension between them. One of these boxes would be in an out of view place and would just have a blank cover on it and be completely accessible. Without doing some fairly major surgery, the second box is in a terrible place and would stick out like a sore thumb. Right where the second box could easily go is right next to the HVAC forced hot air supply duct and register.

Hope that makes sense.... In this scenario, at the end of the day, there is a junction box that has an accessible metal cover inside metal HVAC duct. The box itself is not in the duct, just the cover. This cover can be accessed by taking off HVAC register

Thanks in advance for any guidance or suggestion

Hope I did pics correctly! Image with the duct work is where I would like to put a JB. The blank cover plate would be on the left inside side of the duct itself and the box would be mounted sideways in the wall. Then the register goes back over the duct and hides the cover.

The existing wire is in the floor about 18" in front of the wall and pops up thru floor as shown in second pic.

Second image is where I am too short. There used to be a drop in jacuzzi type tub in this section so there was no issue.

I have an opening in the floor where the tub drain used to be. I want to cut the wire there, run one end to the where the duct is and come up thru floor base plate to new box. Take remaining wire on other end and run thru studs as far as it goes (should get me close to corner and out of sight) and put in second box. Then tie those together with third wire 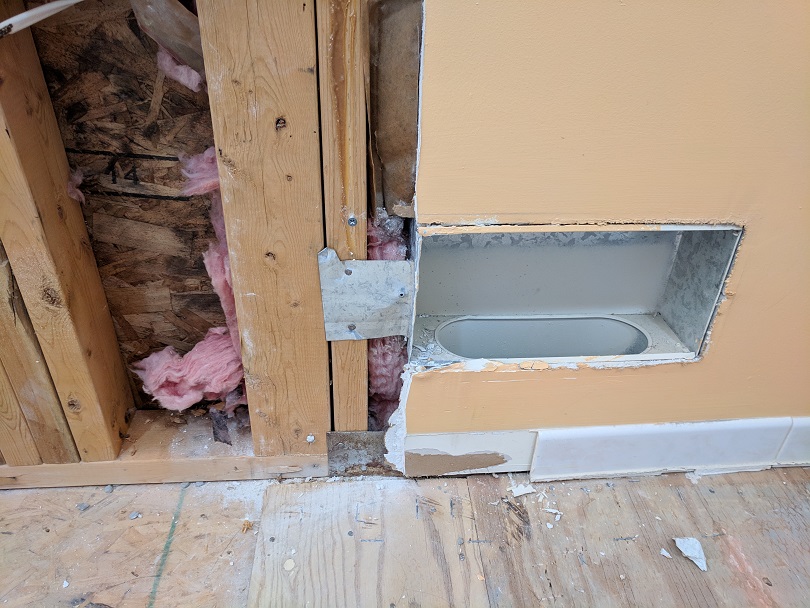 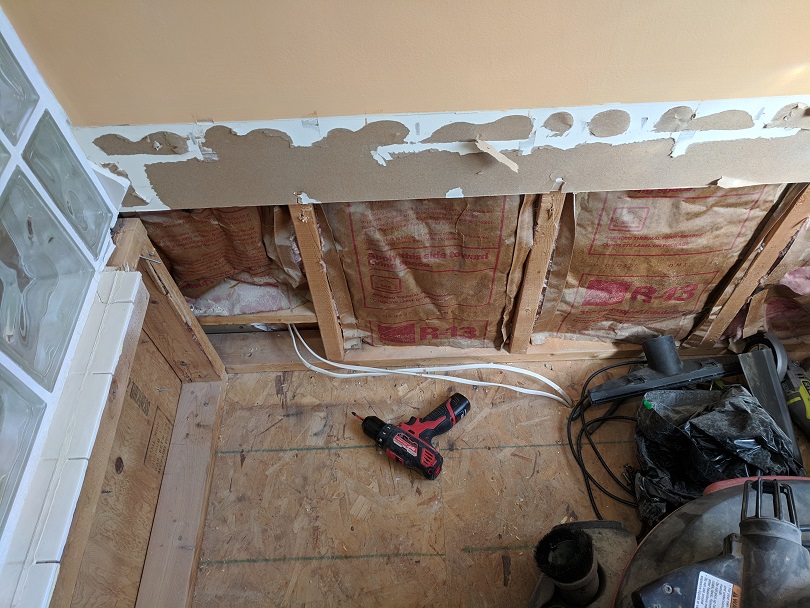 Browse other questions tagged electrical wiring hvac or ask your own question.

2
Can I install junction boxes in a closet, and if so, what kind of box?
0
For installing a new exterior light on a brick wall, can I connect the wires in a junction box mounted on the opposite side of the wall?
0
How to fill / seal in-slab hvac ductwork?
1
Ok to have junction box hidden behind recessed lighting?
1
Mounting a relay socket to a junction box?
1
Attaching Air Compressor To Junction Box
0
How to attach a wall plate to an old junction box with different screw hole spacing?
1
Romex exiting junction box just below 8 feet
0
Installing a projector a ceiling junction box