I've been stripping paint from some softwood beams using both stripper and a heat gun (very stubborn patches and I have no idea what the paint type is - we've only owned the house for a few months). I'm left with beams that have all the main paint off them but because they are rough softwood there are plenty of flecks left behind, which hopefully you can see in the attached picture, although my phone camera is pretty rubbish. I don't want to sand the beams since they have a dark stain on them which we would like to keep ideally (matches other beams) and also getting a sander into the angles is impossible.

I've been told at some point that white spirit and wire wool is the way to get rid of a fair amount of the residue (maybe not all but that's OK), however I'm now having doubts as I've heard this leaves an oily residue and we may want to wax or oil or otherwise treat the beams with something like Osmo Wood Wax.

Will white spirit be OK, or should it be avoided, and if so, what other strategies are available to me beyond sanding? 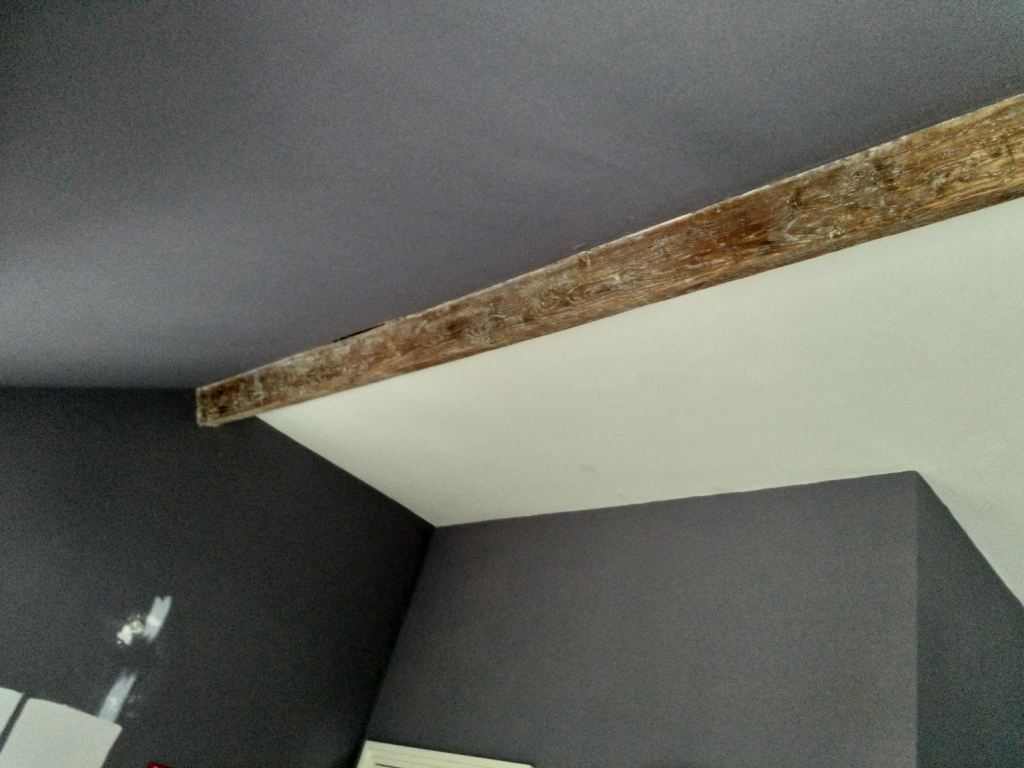 My personal suggestion is a wire wheel or nylox brush on a drill or similar. It seems to me the bristles might work some of this out where sandpaper attacks the highest points. Bristles tend to flex and work into lower points almost equally with high points.

Not the answer you're looking for? Browse other questions tagged wood paint-removal or ask your own question.