How to cut floor joist for stairway headroom?

I live in an antique cape and we are having the stairs to the 2nd floor rebuilt so we will need more headroom. There is a floor joist that will need to be cut to make that possible.

I'm trying to figure out the best looking way to do it. Should the newel post go from the floor to the ceiling and act as a support for the floor joist? I'm not even sure that would be possible since the joist sits about 6 inches out from the newel.

I've attached a photo of the stairs showing the plan. The black area would be removed. The red line is the floor joist.

EDIT: There is nothing above the ceiling being removed. It is "dead space" that is not part of any rooms above. 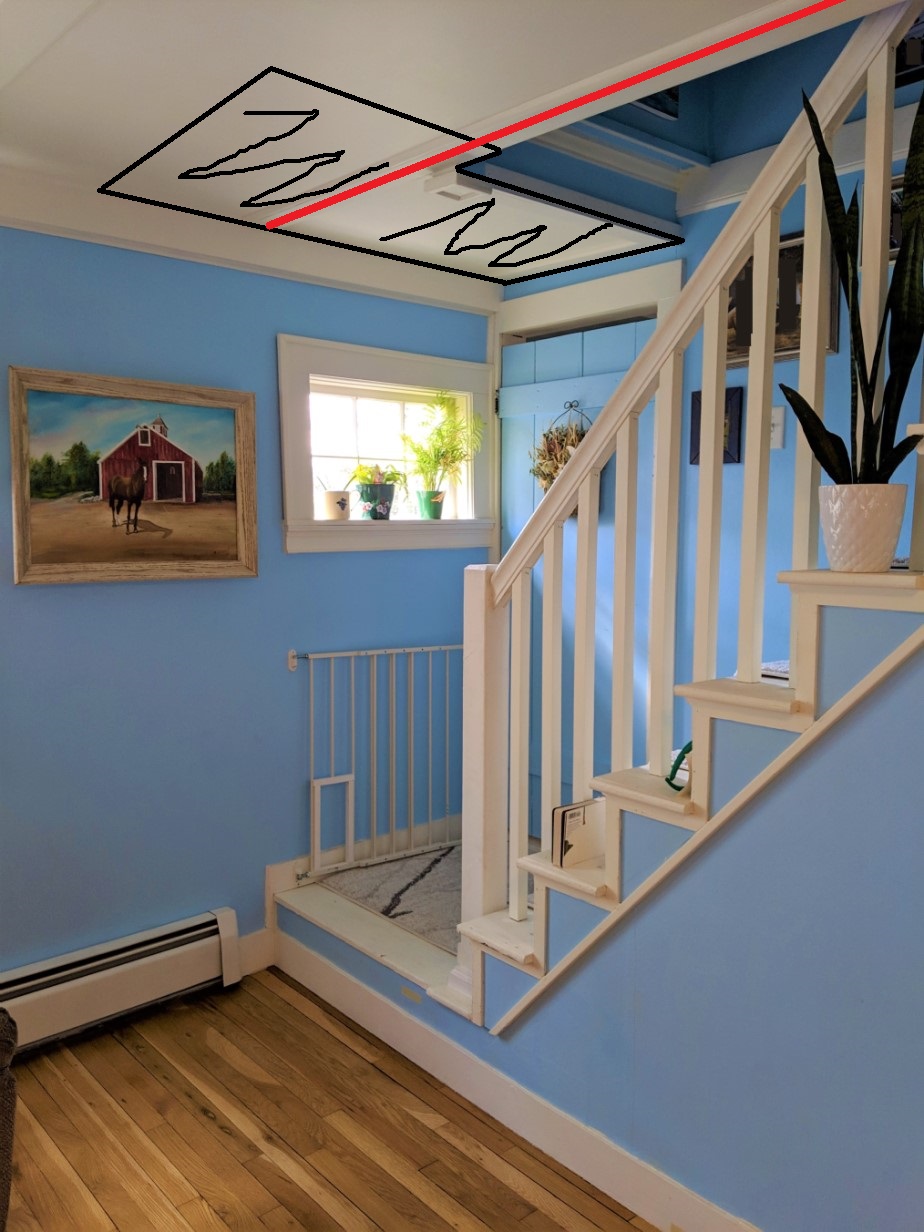 That's a pretty tall order, you are into structural and would, in most areas, need a engineer or architect to sign off. It would almost certainly involve pouring a concrete footing for the post to rest on along with doubling some of the joists and using joist hangars with the proper structural nails. It's not super difficult but the amount of work required to do the job properly gets exponentially bigger as you add elements to the job. Cutting the stairwell into an L shape adds a lot of work. It's definitely the right thing to do looking at the picture. But it's not as easy as adding a post.

Here's an example of an L shaped stairwell 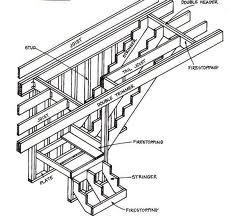 This doesn't necessarily apply to you, it depends on where the load points are above. An experienced contractor could easily figure it out but they is little you can do if something goes wrong. With a architectural stamp you have someone liable for any failures.

Just to throw out an idea 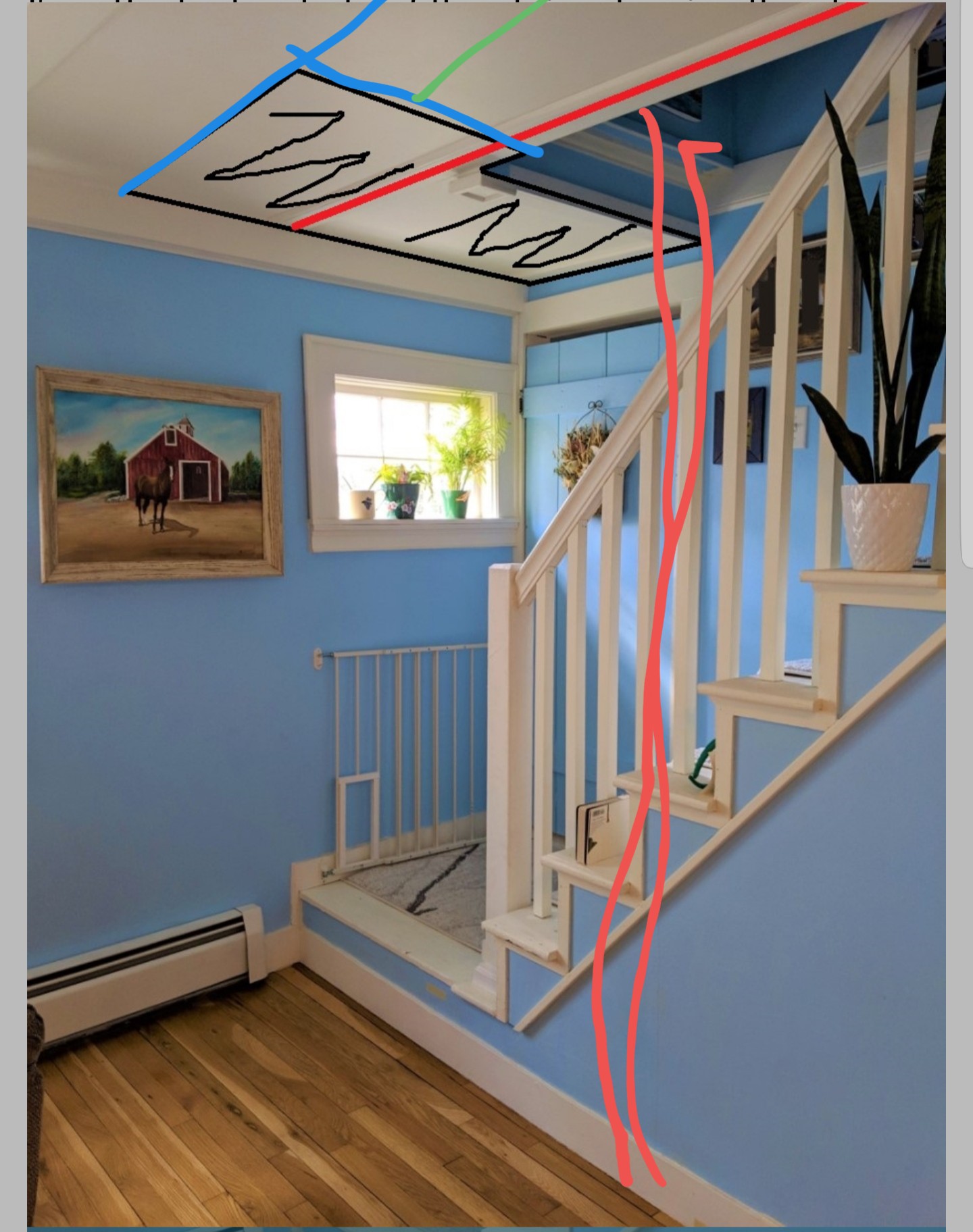 Blue is a double

Green is a cut joist

The post could potentially be placed further right but it depends on how long the stairwell is and the code in your area.

Not the answer you're looking for? Browse other questions tagged framing stairs structural or ask your own question.

5
What should I do about this load bearing wall that is only supported by a joist floor?
2
Squeaky stairs, fix from below?
2
PO Drilled a large hole in a load bearing beam
1
Should my stairs have less than 10 inch run?
0
How to extend a 2x6 joist to accommodate a hanger board for stairs?
0
What fasteners to sister LVL to 2x6 joist?
1
Can I Notch a Double 2x12 Floor Joist Down to 2x6 Size (5.5 inches) if I need a 2x8 (7.25) per My Local Span Table
1
Rebuilding interior stairs
2
How do I deal with 3" subfloor overhang and extreme joist notch
1
Garage ceiling joist support for studio apartment?