I'm looking for advice on choosing from two solar panel proposals. I have a historic landmark brownstone in Brooklyn with a flat roof and am looking for the most power that I can fit into the roof while still meeting all the fire and landmark requirements.

One proposal is a 9kw system with 25 SunPower X panels, mixed orientation and 2 degree pitch. 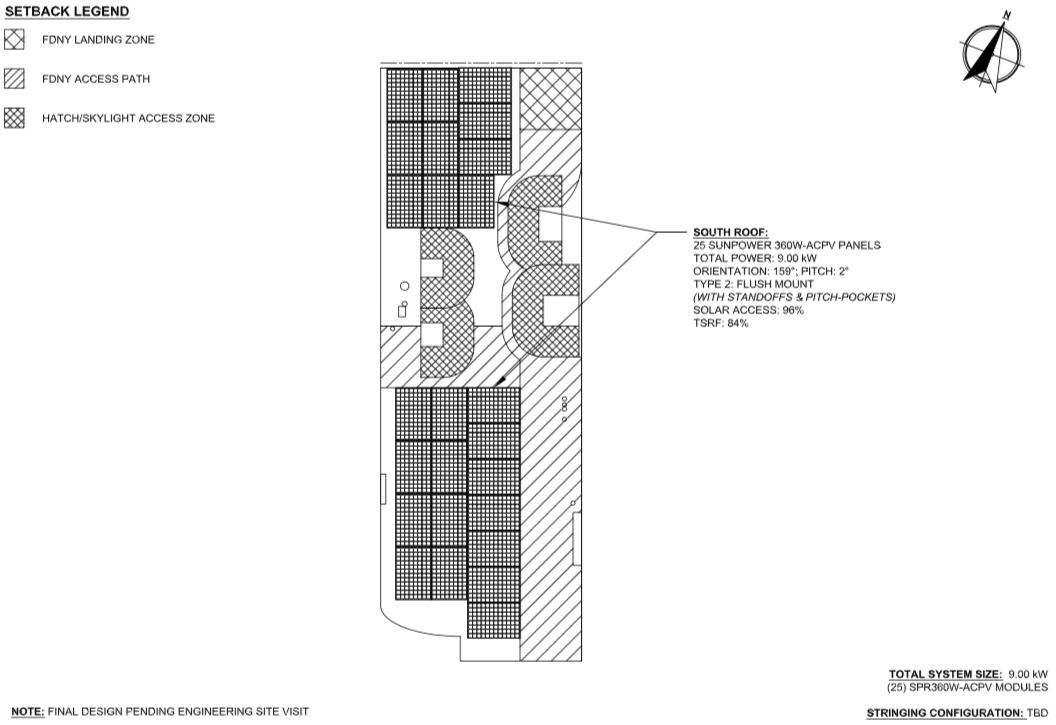 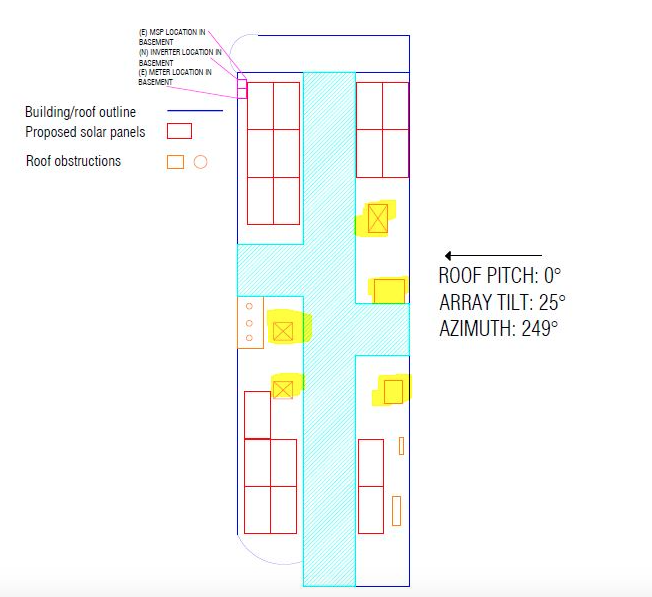 They both have a similar price after tax credits and rebates, but the LG seller tells me that having so many panels on a Brooklyn roof like that will require delays in approvals and that a mixed orientation is not advisable and that the tilt angle is also not advisable.

If I were to look at purely an economic decision 9kw for the same money as 6kw makes the 9kw system an easy decision.

Are the warnings about the mixed orientation, tilt or the placement of so many panels a merited criticism? Which system/provider should I go with in this case? Are there hidden costs with going with SunPower vs LG360?

Ask them for a total annual power generation estimate using NREL PVwatts. What you want to see is how many kW-hr of power each system should generate in a year under typical weather conditions.

The two systems are going to perform drastically different given their orientation and inverter arrangements. Depending on how the panels are strung together this could be a very large effect. Comparing the total # of kW is not sufficient.

Not the answer you're looking for? Browse other questions tagged solar-panels solar or ask your own question.

81
Are solar panels cost-effective?
10
What's a reasonable expectation for efficiency in modern solar panels?
2
What is required to connect solar panels to my home without connecting to the grid?
0
Is it worth it to upgrade a solar system to get power from partially obstructed panels?
2
Sizing electrical wire from Solar Panels
3
Is there a type of interlock (transfer switch) that can be used for a generator OR solar panels?
1
Are blocking diodes necessary for solar panels
2
DIY Solar Panel Install
1
Proper amount of solar panels needed to charge batteries