What are these beams for in my loft?

I have very good building experience but in a house we bought recently I have been wondering what the heck to do with my loft. Initially its converted to a mini workshop / storage

The max height is 1.8m from the floor boards to the centre of the roof. I stand up straight just about. The previous owners laid down some off cut planks to make the loft walkable.

Ideally I would like to lay proper pieces of plywood and make the entire central area flat so that I can get in the loft, sit on a chair with wheels and wizz from one end to the other.

Problem is these weird beams that run left, centre and right of the roof structure. OK- initially you think yea these are support beams- but they do not lie within the masonry structure on either end- and are really badly joined in the middle- as if temporary. These beams are screwed ONTOP of the actual support trusses that all the planks are screwed on to and the ceiling batons are right at the bottom.

Half of the loft with the joined "temporary" beams shown. 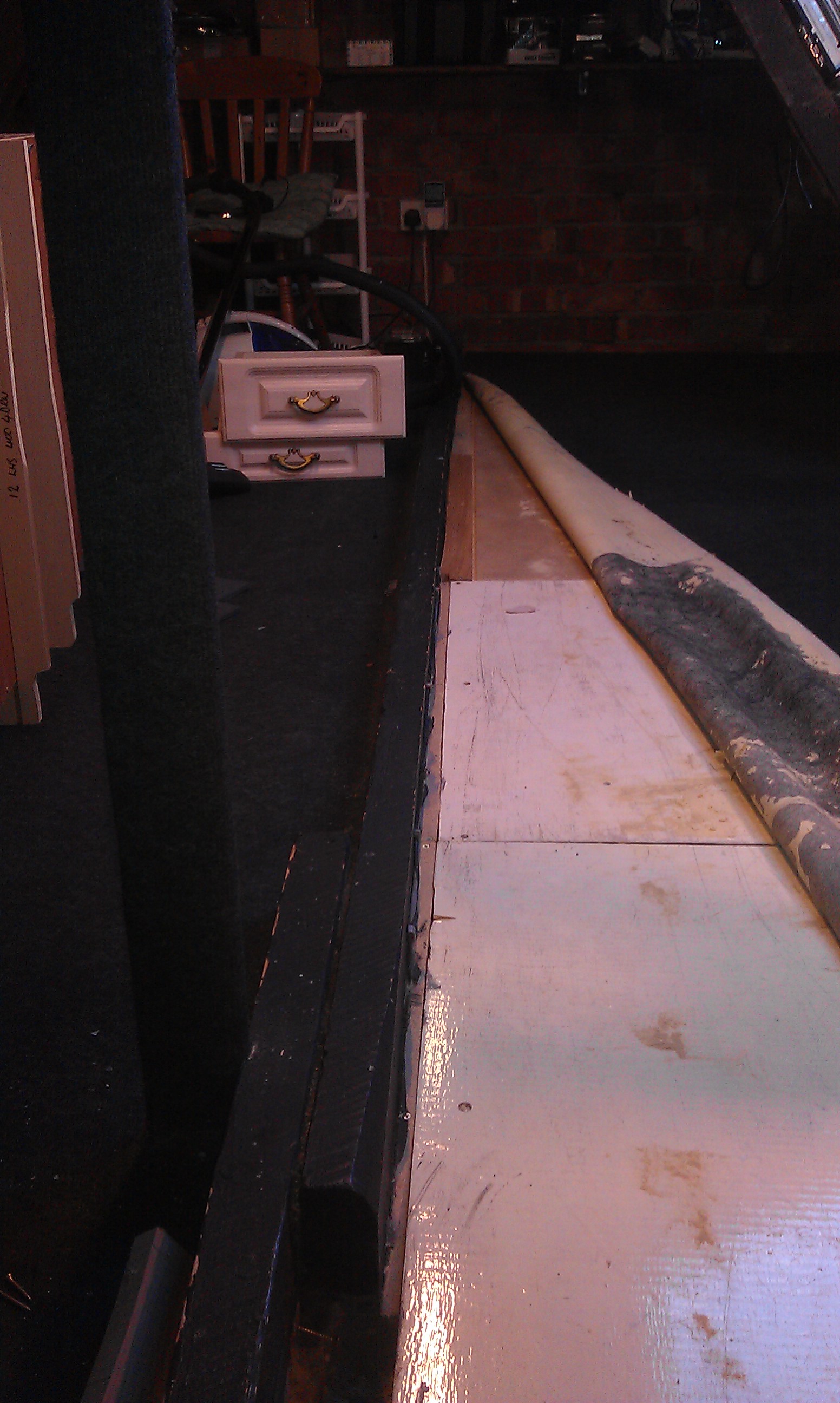 A closer look at the central beams- You see that they are screwed on top of the support trusses and nothing else touches them. 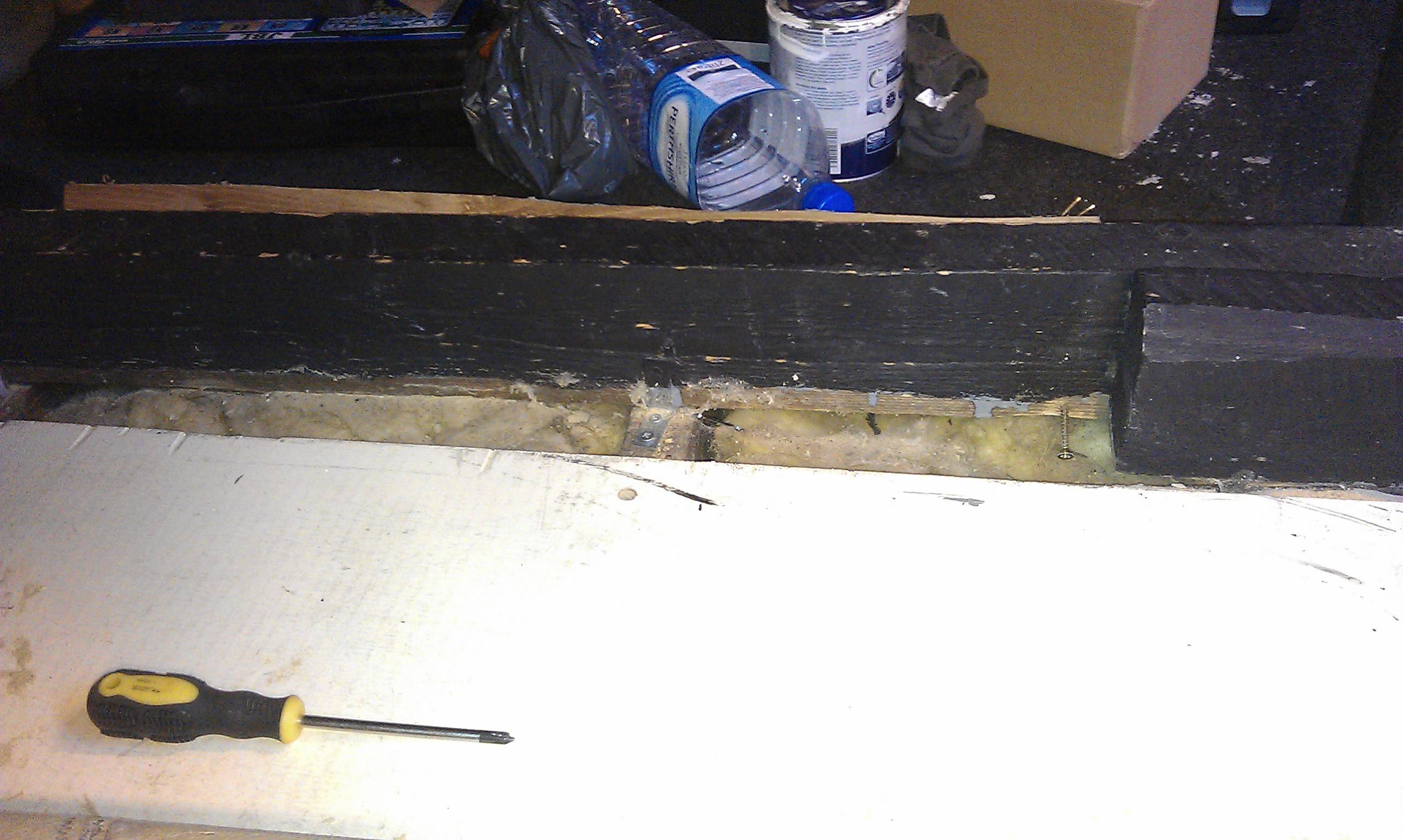 Another close up at an angle of something like 45 degrees 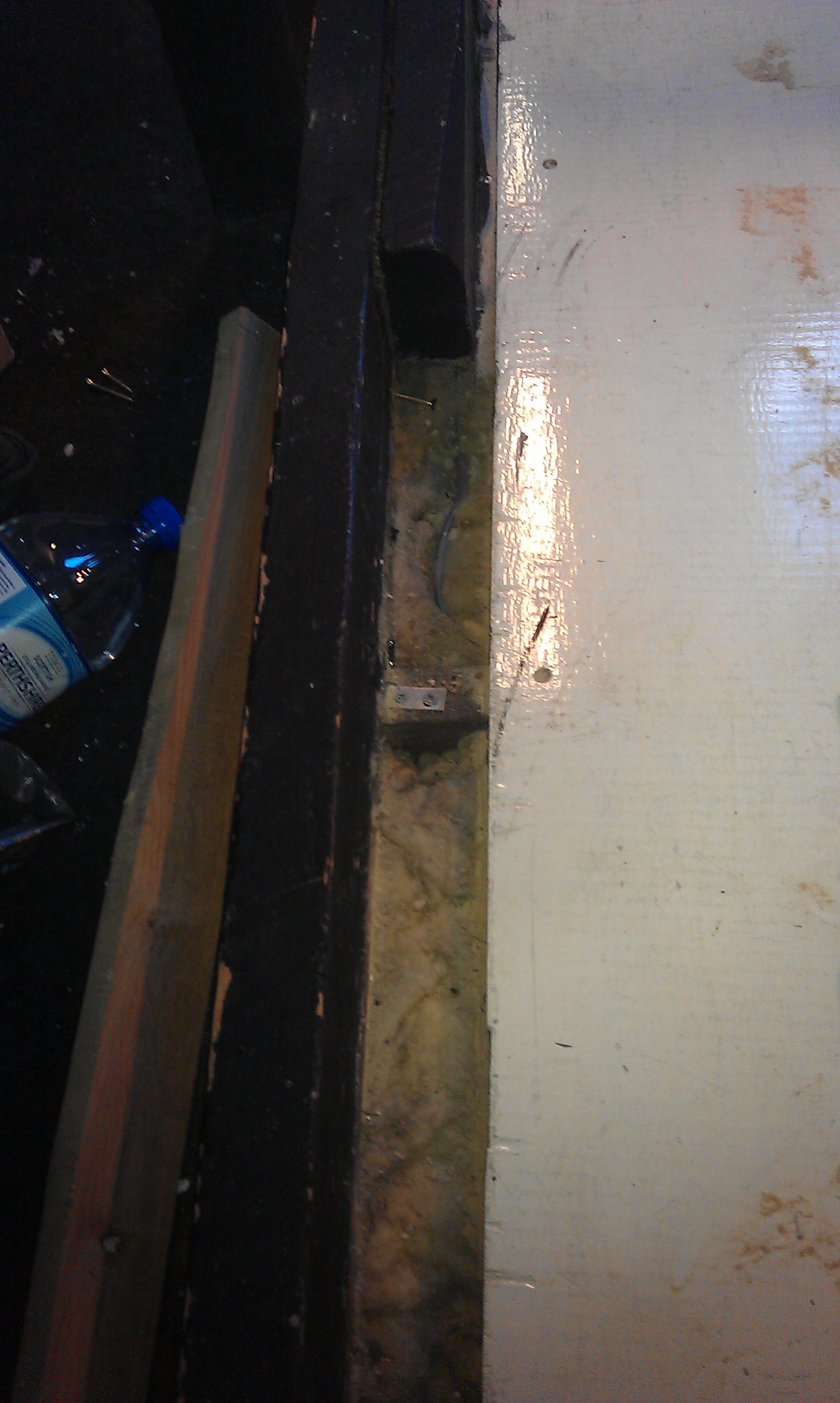 Apologies for my terrible representation here.. but its just for illustration.

I am not interested in removing the left and right beams as they are in a tight spot. I will build cupboards there later on or something.

I know from experience I can remove this beam with out the house collapsing. But, I wanted to confirm it here with other experienced people, as I have never seen anything like this and I do not know why its there and if it serves any structural purposes.

Can I remove this beam (the 2 beams joined up)? 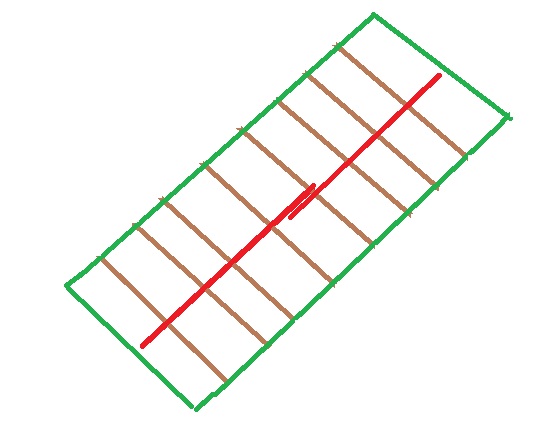 I think they're there for stabilizing the brown beams/joists. Typically, a loft is unused space with no floor. Between the joists, there is insulation supported by drywall or other material depending on the age of the house (as in pic 2 and 3).

Typically one would put in blocking between joists to stop horizontal flexing and torsion. 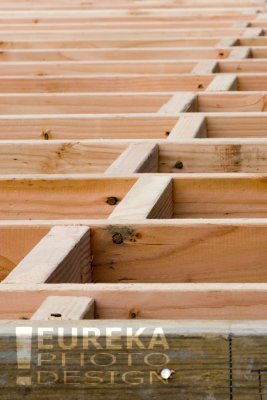 Since an attic is usually unused space, I think someone took a short cut and just screwed the 2x4s to the tops of the joist. (Significant labour savings!). Your flooring probably makes it unnecessary from a flexing point of view, but you still have a torsion problem (especially since you're now loading the joists).

When you go to make improvements, block the joists properly, but I wouldn't worry in the short term.

I'm guessing it's there to keep the joists evenly spaced and to prevent warping during construction. This is important when you're drywalling. Otherwise, the edge of the drywall wouldn't line up with the center of a joist and you'd need to sister in a nailer to put up the drywall.

It could also be there to give added stability so the joists don't tip over, but this is often done with blocking or cross pieces between the joists. Blocking in a few places and a beam may give you the same effect, but I'd upgrade it to proper blocking.

If you remove the beam, you may see cracking in the drywall as things shift. Otherwise, I can't think of anything else that could happen, but that doesn't mean I'd recommend removing it.

Not the answer you're looking for? Browse other questions tagged attic structural or ask your own question.

2
What can I do with these roof trusses to cover them up a bit?
3
Can I build 11' x 5.5' loft with 2x2x8 beam and 2x4 joist?
1
Vertical loft supports doing nothing?
2
How can I support both floor joists and roof trusses while I replace wall framing below?
1
Ceiling mounted punching bag without compromising structure or floor above
0
Is this wall in my kitchen load bearing?
0
Can I Move Interior Load-Bearing Walls Without Changes/Additions to Beams/Piers/Foundation?
2
What should be done to check the capacity of a 100+ year old wooden floor joist?
0
Reinforcing Truss-based Garage Ceiling