Can you shorten class B water heater vent pipe?

New gas hot water heater is 5" taller than old (of course the same size would be too easy).Flex water and gas lines -no problem; but the class B ( double wall ) exhaust vent is ? Can it be cut? How? I need to remove 5". There is an 18 " straight run ( no joints) up into the attic, and straight up through the roof; very simple layout. At the bottom ,it has 2 adjustable elbows to connect to the heater, they can't reasonably be cut. It is near the side of the house so the attic clearance is about 18" at the vent so I don't want to work there if possible. The vent is nominally 3" , actual O.D. about 3.5 "

The short answer is no. B-vent cannot be cut.

This shows a B-C adapter with a C vent 90 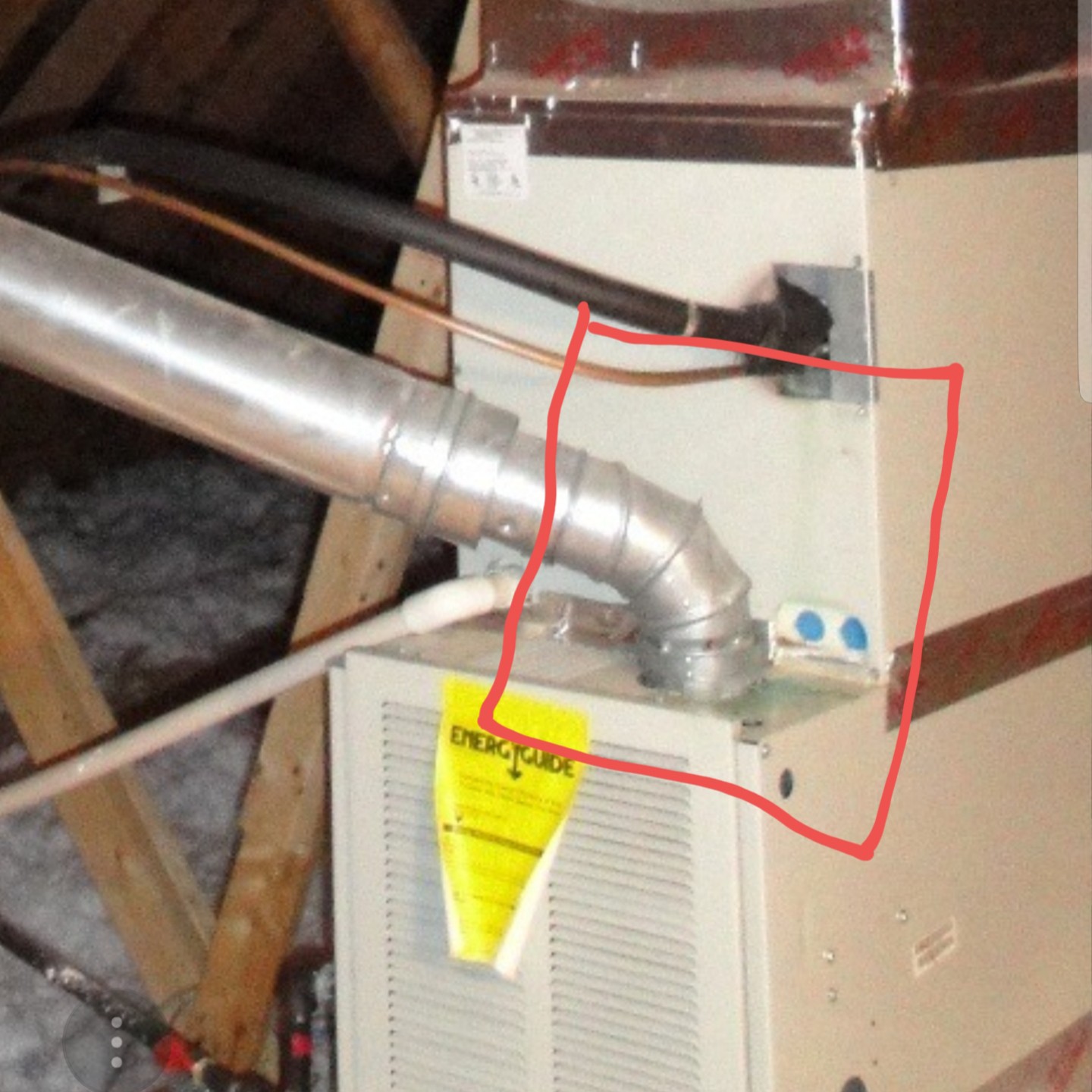 Everything below the B-C adapter is fair game you could potentially remove the B vent 90s attach the B-C adapter to your straight run and then use C vent the rest of the way. C vent 90s are smaller and easier to work with. You can even trim up to the rivet to buy some space.

Unfortunately they are proprietary. You would have to match it. But 1 12" flex could buy enough space if you replaced the two 90s with it. (again pictures would help.)

Before you push it up (if necessary) you will need to make sure there are no screws going through the flashing into the B vent (you don't want to disturb your flashing) they might be hiding under the storm collar. The firestop (if equipped) may also have screws in it. That would pose a problem. They would also need to be removed. Once it's pushed up reattach the storm collar back just above the flashing.

Hopefully method number one works. You may need to do a combination of all three.

Not the answer you're looking for? Browse other questions tagged water-heater vent or ask your own question.