What kind of four wire connector is this?

Would someone be able to identify this four wire connector (red/black/green/white)? It's behind a blank panel on a wall adjacent to a light switch. I believe there's a second one in the wall cavity.

My guess would be that it's some proprietary connector for a 3-way switch where you attach all the wires to the connect then just plug it into the switch.

They could also be audio related - there are two speakers in the ceiling and when I bought the house the former owner said this is where the speaker wires were. There are also two wires on the outdoor wall between screws (that may have been for outdoor speaker mounts.)

In the wall cavity there are some Ethernet cables and other unidentified wires. If they're electrical wires I assume it's not to code given that there's no box containing everything. 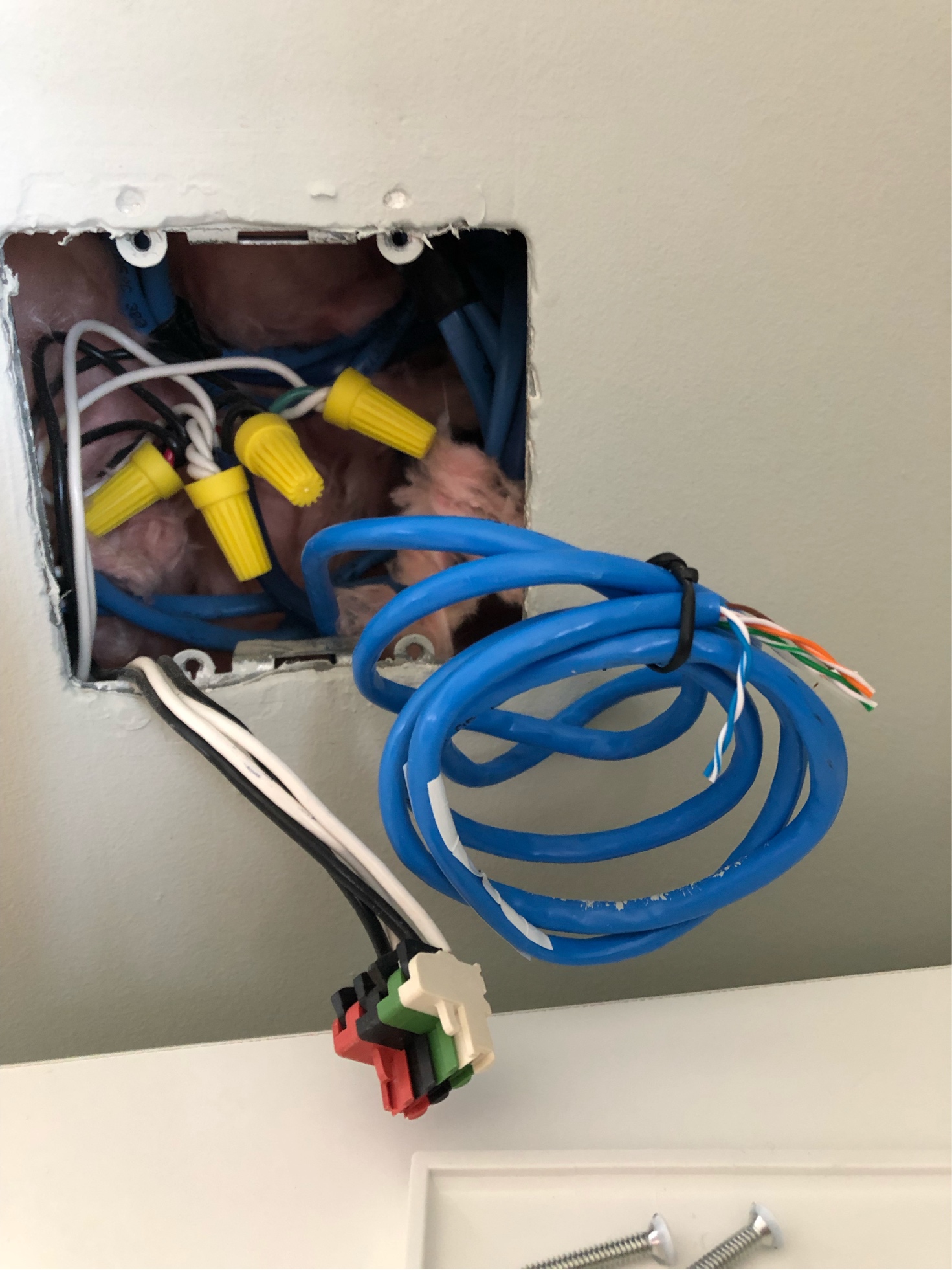 Audio would make sense since the wires are white-black-white-black. That would match up to the two speakers you talked about.

Any line-voltage wires for switches or dimmers would have to be in an electrical box, so that leaves us with low-voltage and media cables as options (or a very bad electrician!).

I was looking around at home audio equipment and I noticed that 4-conductor in-wall speaker wire follows the same color pattern of Red-black-green-white that your connector has.

Although I don't know exactly what this connector is for, home audio seems very, very likely.

I disconnected a couple of these wiring blocks to find "RIACON" written on the side. A few google searches later and I've determined this is a "spring clamp terminal block" from Metz Connect (I think.)

All that wiring has turned out to be audio for, among other things, the speakers in the ceiling. 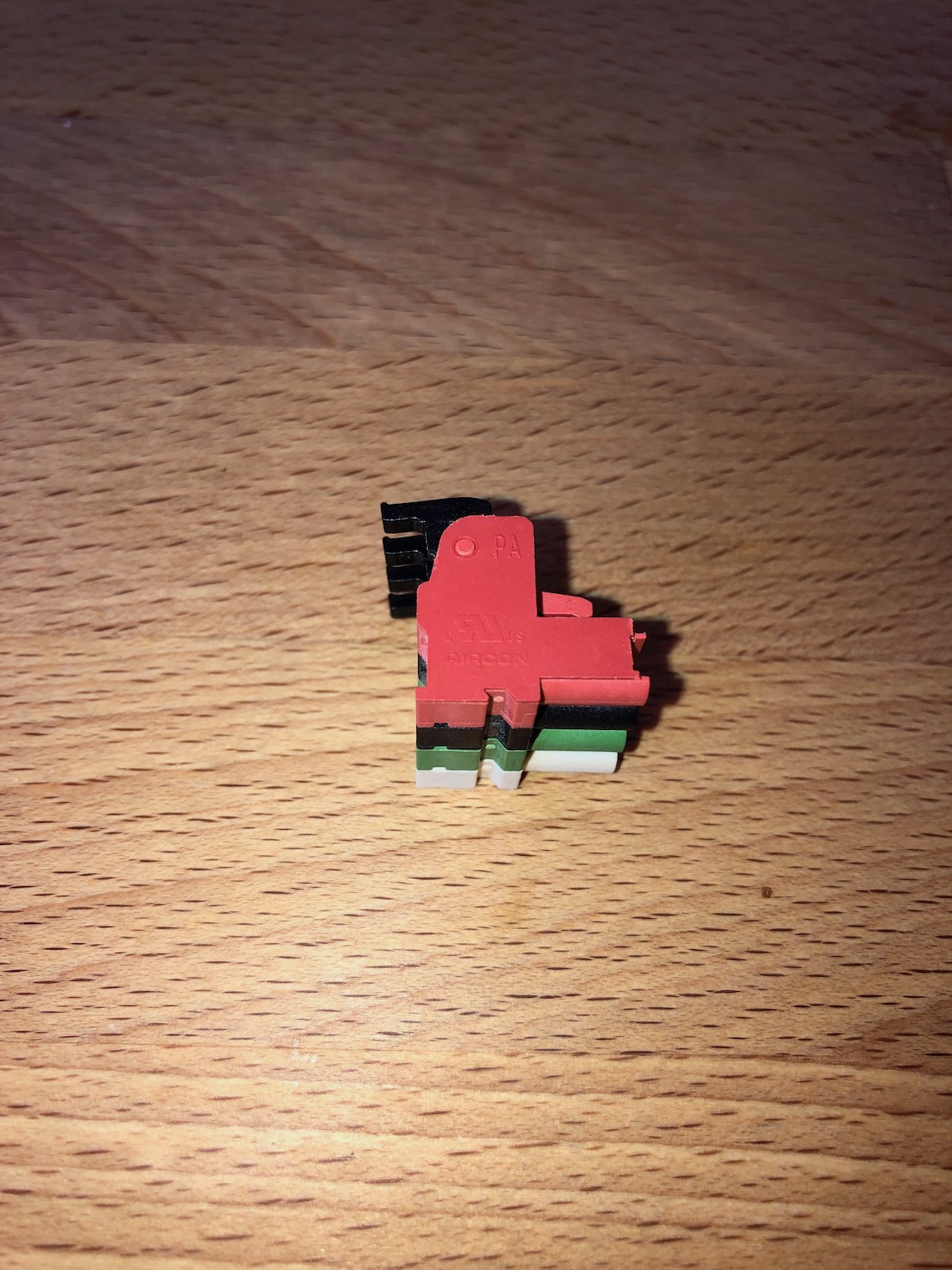 However it appears they are disregarding those color codes and using it for speakers. That's fine.

If you pretend white is yellow, it also matches up to telephone color codes.

8
What is a minimally intrusive way to move a wire that is in a wall 3.5" to the left?
3
How reliable are connector strips with plug-in terminals and how do I select and use them properly?
5
How should I run speaker, HDMI and electrical wiring for my ceiling mounted projector theater room?
1
What is the best way to install speakers to interior/exterior of house?
1
Running audio wire in office, wall or ceiling location?
1
How do I identify the speaker setup for these ten in-home speakers?
1
I am removing a switch from a gang box. What is the appropriate way to cap the circuit?
1
How to wire ceiling speakers where each pair of speakers has only two wires total
3
Why does single pole light switch have 3 wire cable when source is at the switch?
2
How is this light switch wired? Where is the ground?