My "new" 72-y/o house is... interesting. The garage is much younger but still I just raise my eyebrows at some things.

One of them is the loft/attic area in the garage. I wanted to move all my computer hardware up there, of which there is a LOT. But just walking down the middle of the floor got me uncomfortable. It deflects too much.

I'm trying to avoid removing and reinstalling the floor if possible. My intention was to double up the joists in 5 evenly spaced spots (every 3 stud spaces)... I'll do everyone if needed though. I can't find a span calculator with arbitrary spacing or joist dimensions.

Would this work? What is the resulting span from doing this?

My intention is 2x6 joist - 2x4 stud - 2x6 joist. I'm using it for business purposes but want it to remain usable as a garage whenever I leave this place.... so no beams and posts down the center.... if the thought had occurred to you. :) 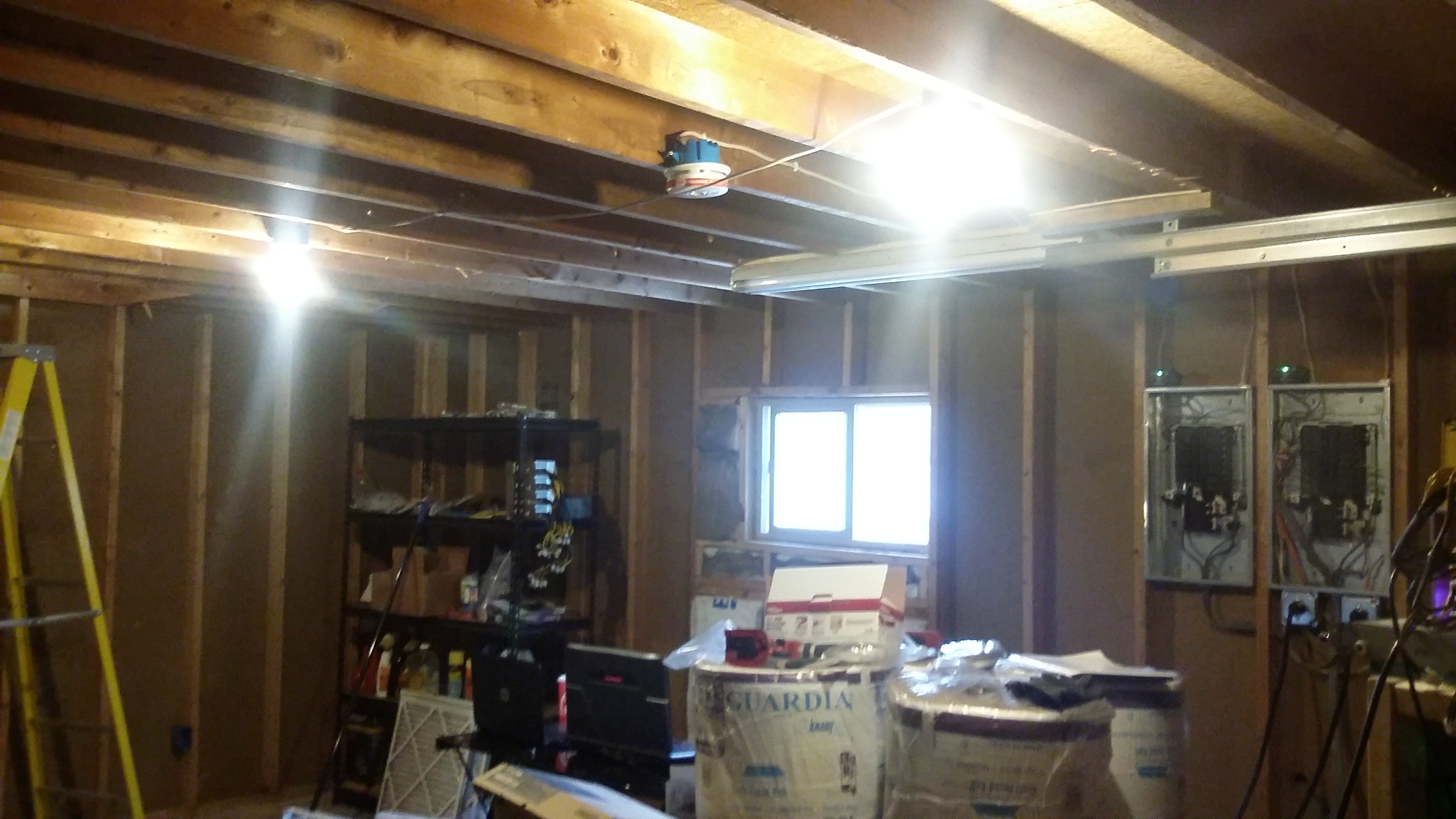 1) The Code requires a minimum of 40 psf for usable loft/attic rooms. However, the equipment you describe could easily exceed that amount, but that load would be near the perimeter of the room probably. You have about 2â€™ of head room on the rave sides, but could be substantially higher on the rake sides. (â€ś10â€™ stud nailed 8â€™ up.â€ť) of course the sides with substantially more load will require substantially more support. So, a uniform joist installation will probably not be sufficient.

4) Existing joist support is in shear (balloon framing) with 3-16d (I assume) at each existing joist. Additional load will require additional support.

So, in order for the new attic load to be transferred to the footing, the new joists will need to be secured to the existing studs, (because there is no double top plate).

Without knowing the actual load from the equipment, Iâ€™ll assume a minimum of 50 psf plus an additional 30 psf along the gable ends.

Btw, with that much equipment, youâ€™ll need to consider adding cooling equipment too.

Not the answer you're looking for? Browse other questions tagged framing joists deflection or ask your own question.

0
Are these joists deep enough for the joist spacing / beam spacing I am planning on my deck?
3
Can I build 11' x 5.5' loft with 2x2x8 beam and 2x4 joist?
1
Steel tube deflection over span
1
Using 6x6 beams for roof joists
0
Irregular/Atypical Deck Joist Spacing
1
Removing a wall underneath joists that are already attached to beam in attic
1
ceiling joist allowable span southern california
2
Short joist not continuing through kitchen soffit foiling remodel plans
0
What is the max span that can be supported by 2x4 floor joists?
3
How to add ceiling joists to 20 foot wide garage?