Swapped out light switch and now WIRES have no power? 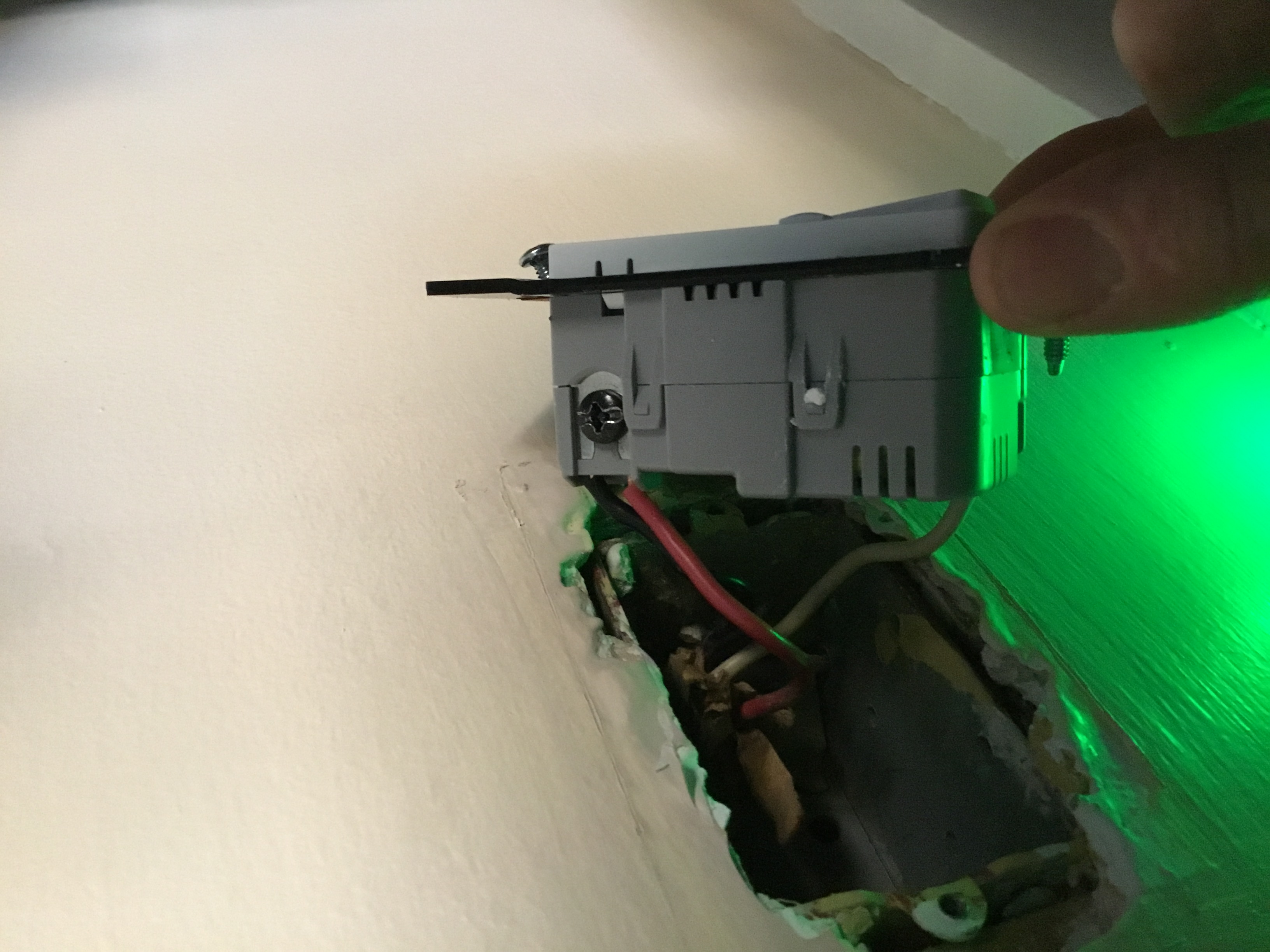 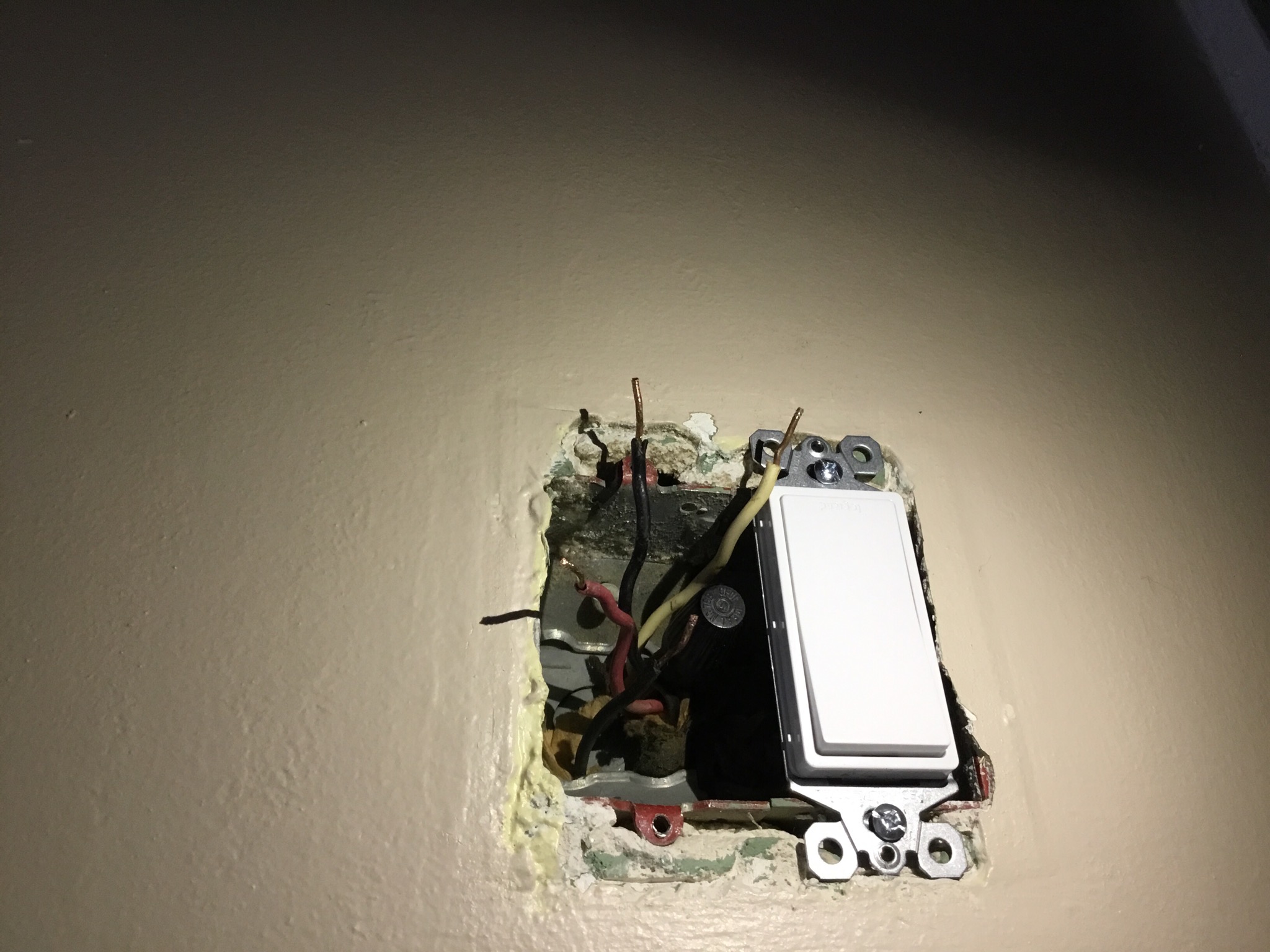 We’ve been swapping out all our outlets and switches in our house....with minimal problems until today.

In our living room we have a dimmer switch on one wall that controls our overhead light. On another wall, we have two switches (in one box). One controls an outside light. The other switch was a mystery to us. It did not turn on the overhead light and did not control any outlets. We assumed it was a dead switch.

We replaced the dimmer switch first. We found a black and red wire pigtailed and connected to the common screw and a white on the other screw. We connected it the same way and its worked perfectly for the last few days.

Today we tackled the wall that had the outside switch and “dead” switch in one box. The outside switch replaced easily and works fine. When we pulled the dead switch, it had a red, black, and white wire on 3 separate screws. So we put in a three way switch to replace it.

We were fine with the setup....so we shut the power off again and went about getting the switches back in their boxes and putting the covers on.

All other outlets and switches on that breaker are working fine (including the wires in the same box for the outside light...) and we never tripped a breaker.

So what could have happened? I’m thinking my husband may have connected the wrong wire to the common screw initially.....but 1) why would it have worked and 2) could it have then shorted something?

Any thoughts or ideas will be appreciated. We’ll be calling an electrician....but we’re really scratching our heads right now.

I had an instance in my current home where the previous owner replaced a three way switch with a non-3-way dimmer and it acted like your situation. The original switch would seem like it did not work, unless the dimmer was on, then it would switch the dimmer.

Take a look at the wires you have and also look at wiring diagrams for a three way light circuit and see if anything makes sense in that context. For my situation, I had to remove three light switches downstairs where the bad dimmer was and figure out what every single wire did until I found the two travelers and hot that were meant for the original three way.

For now, also check your breakers. It's possible that a certain on/off arrangement of your new switches is leading to a short that is tripping the breaker since it doesn't seem like you truly know what wire goes to what screw.

Not the answer you're looking for? Browse other questions tagged electrical wiring multiway-switch or ask your own question.

2
Adjacent light circuit is inadvertently controlled by four-way switch wiring
1
Replaced Outlet and Switch, Now Light Won't Turn Off
2
After short circuit, light switch no longer has power
1
No power in outlets after changing light switches
1
Replaced lights & switches on 3 way switch circuit; not sure if I have wiring problem or product problem or both
2
My successful electrical weekend project ended with a 3-way from hell! Help
0
My Light switch and outlets in a different location and light switches no longer work after replacing a dimmer switch?
0
Ground Wires Not Connected to Anything in Light Switch Box