Shower leaking out the grout

First off, I am not very handy, and my husband is even less so.

We have lived in our house almost 2 years and it is 13 years old. During the inspection, I believe the grout in the corners was cracking, so the seller's contractor fixed it. With what, I am not sure, but it matches the grout in color, while being softer than grout.

In the past few months, I noticed some dampness outside the shower, but I thought it was just related to kids taking showers and not being careful. Nope, not the problem. I discovered that the carpet near the shower was wet (see picture), so I investigated further. It appeared that the water was leaking at the joint where the shower door connects to the wall. It seemed to follow the grout line, then follow the baseboard to the doorway carpet.

I also took a look at the other side and found enough dampness to wet a paper towel after taking a shower.

Well, me being the unhandy person that I am, thought maybe a little silicone in the corners might fix the problem. After letting the shower dry for a day or so, that's what I did. I waited over 24 hours to let it cure, and then I tried the shower out. Not as much water as before, but definitely still getting wet. The grout was dark, indicating that perhaps the water was seeping through the grout.

I took a look at the condition of the inside of the shower and discovered what looked like gray caulk peeling in the corner. My first thought was to put some silicone on the corners on the inside, but if the water is coming through the grout, then silicone will not fix the problem.

Does the shower need to be recaulked in that area? Will silicone help? Is there something else that needs to be done? I suppose I really just need to call someone who knows what they are doing and have them fix it, but I don't like not knowing what I need when I call someone because I don't want to be tricked into having more work than actually needs to be done.

I would appreciate any advice. Thanks in advance!! 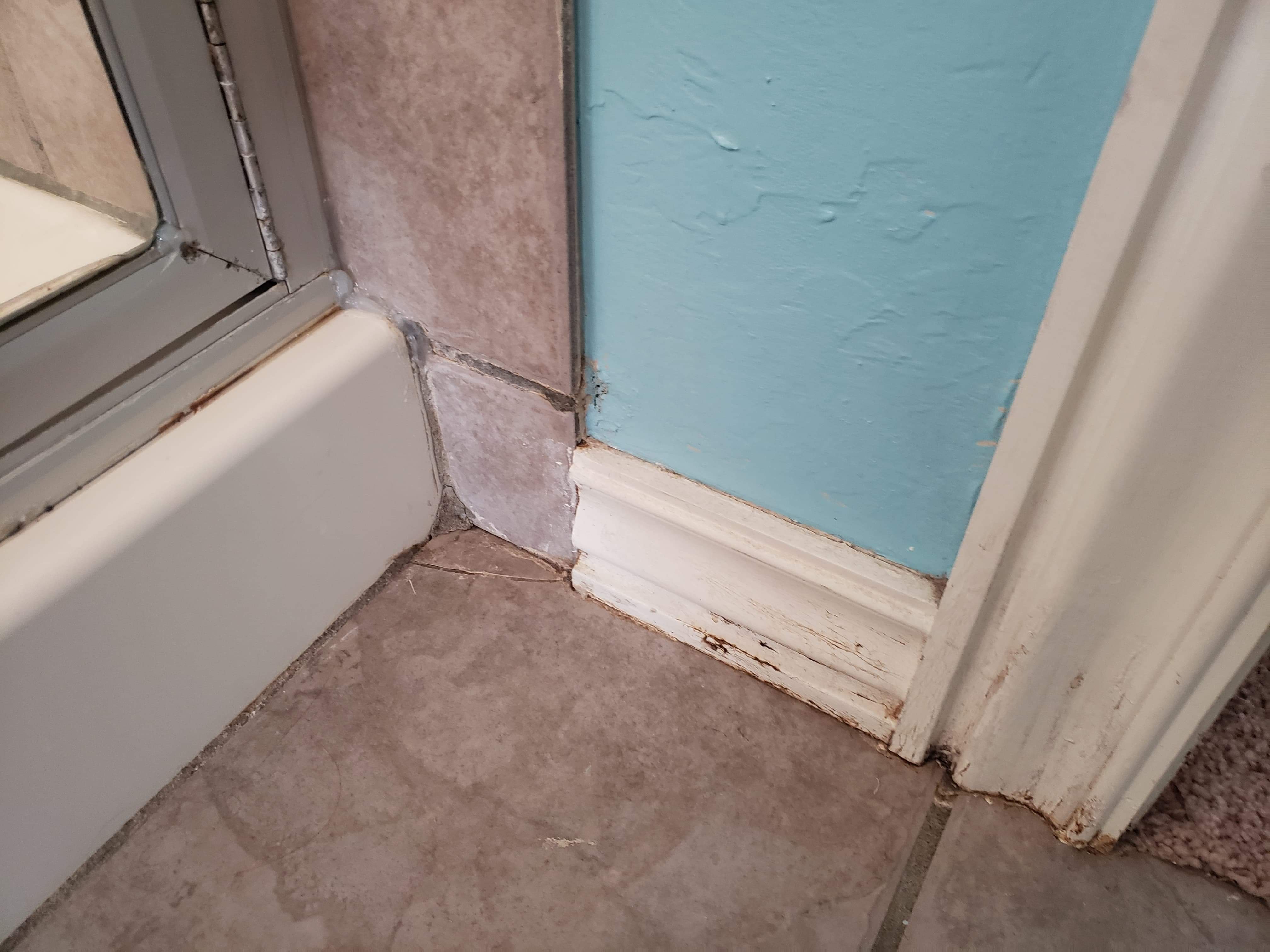 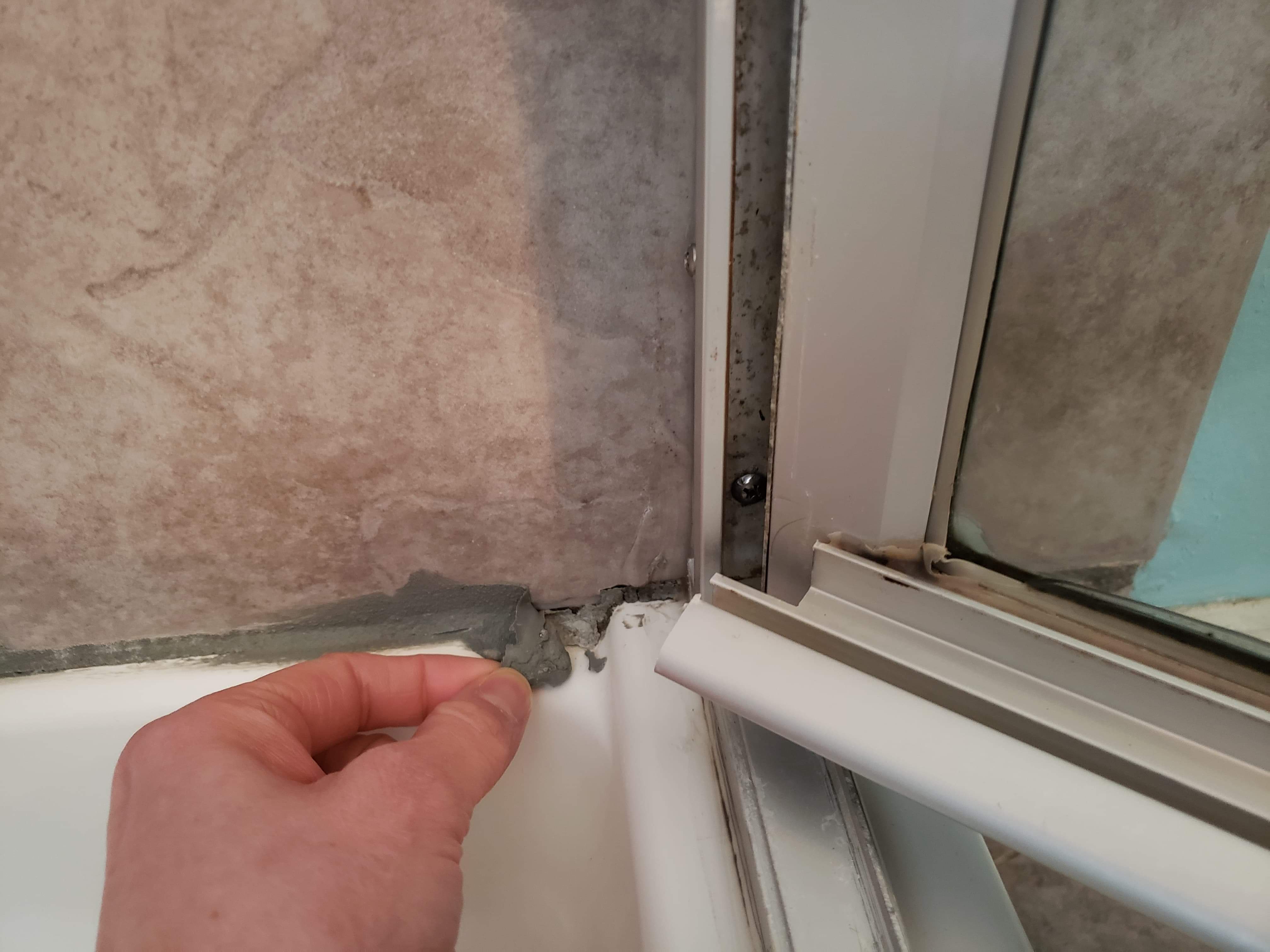 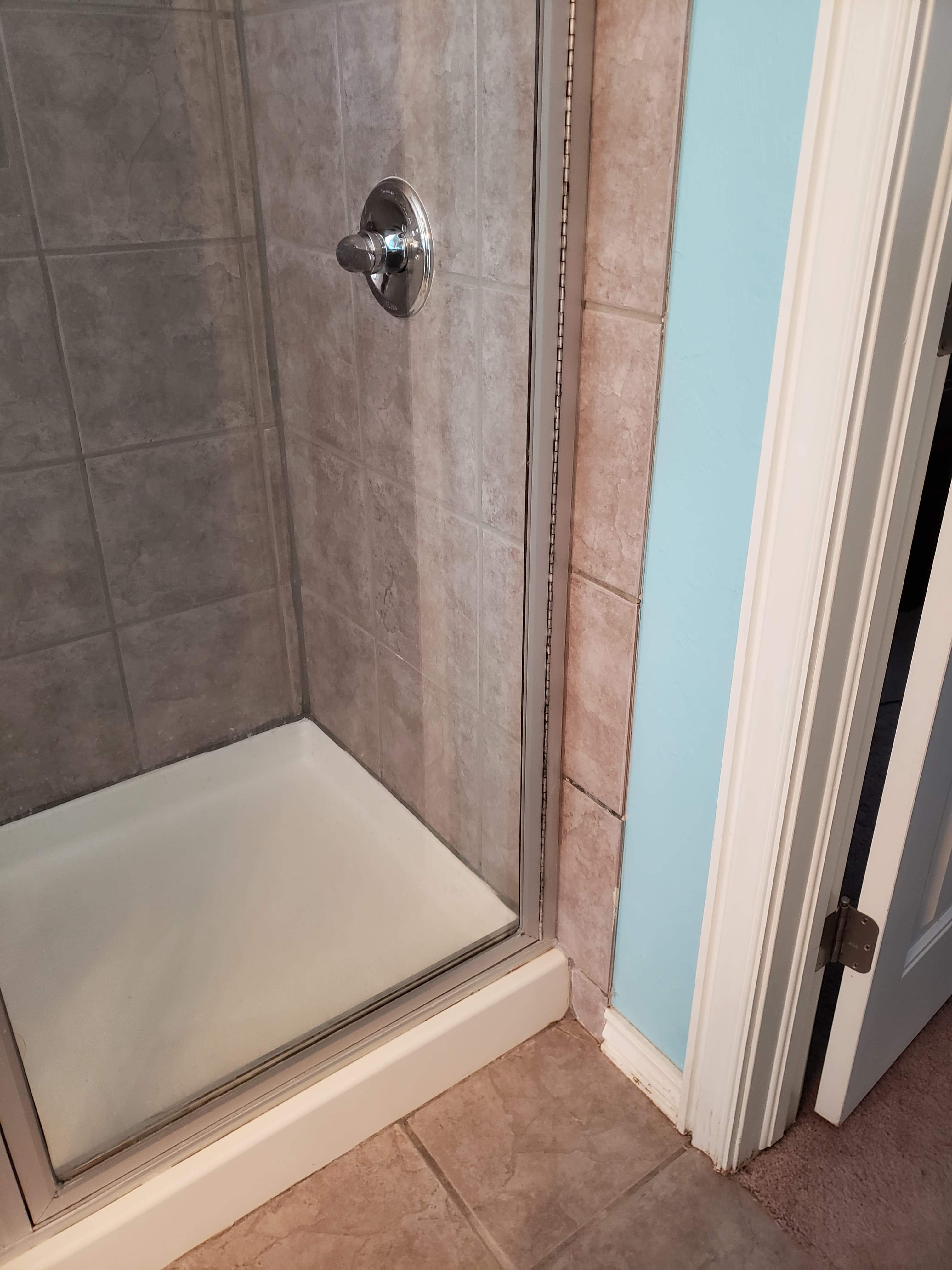 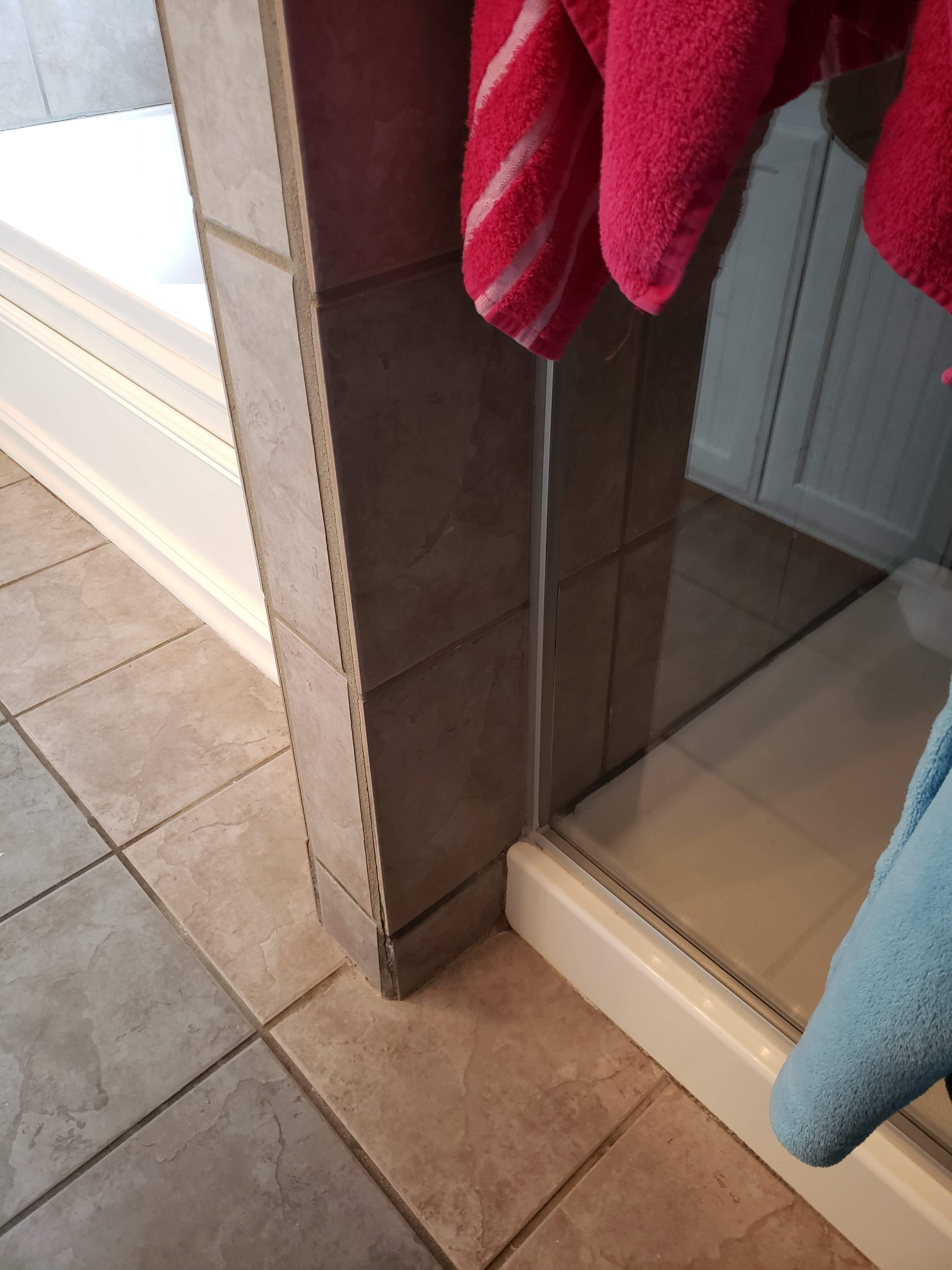 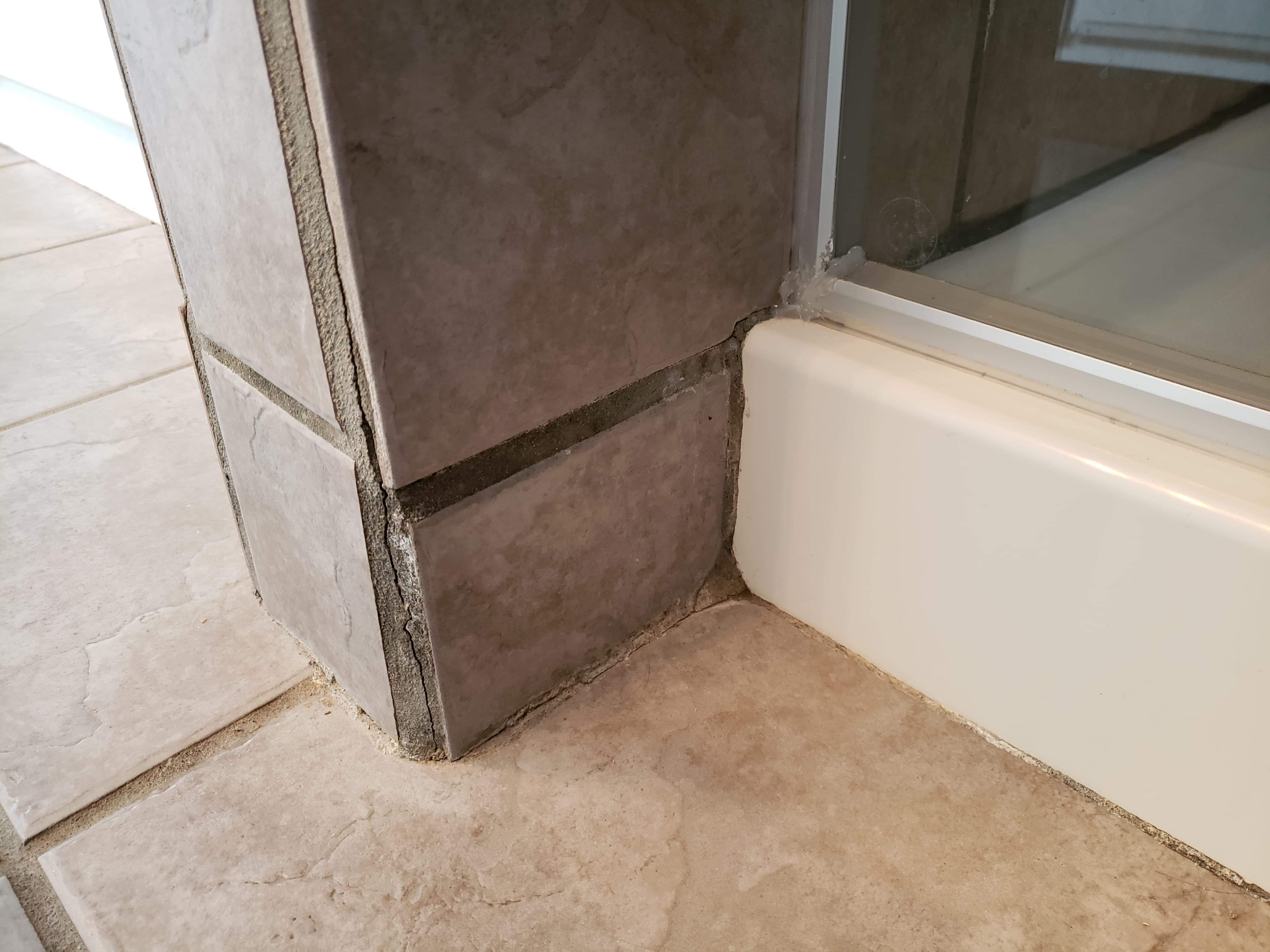 Truthfully it looks like the original tile was not done with decades of service in mind.

You have two options 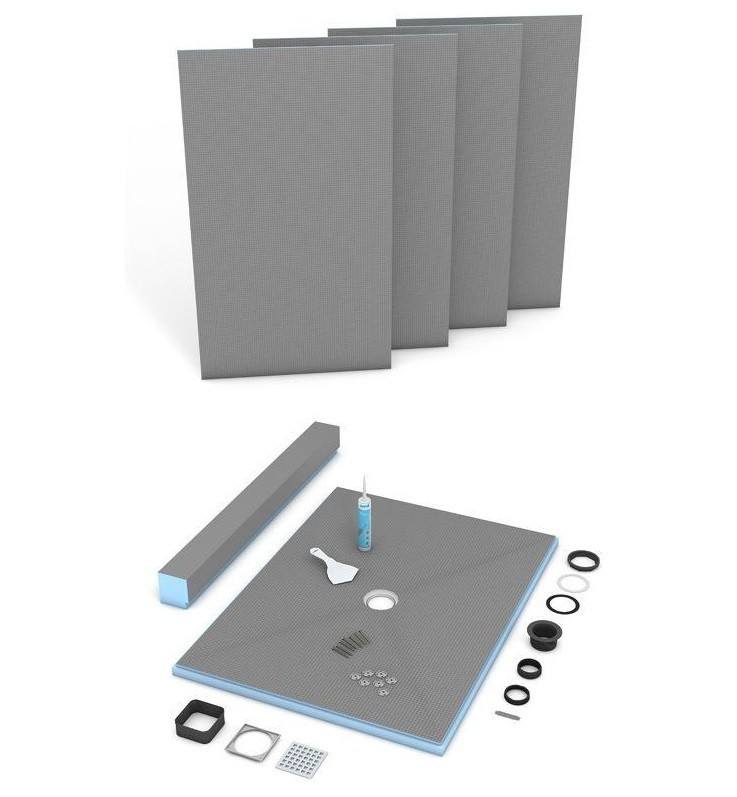 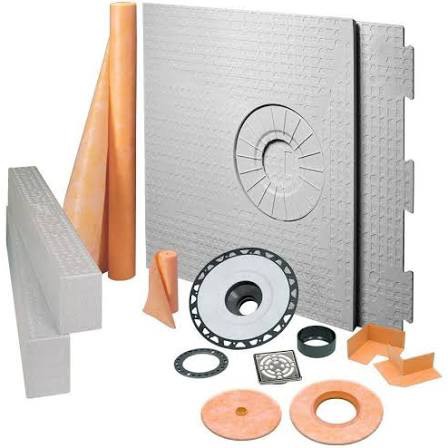 Not the answer you're looking for? Browse other questions tagged shower leak grout caulk silicone or ask your own question.

2
Can I use my shower while grout is curing?
2
How can I fix my leaking shower?
7
How do I seal my shower escutcheon plate to prevent it from leaking?
1
Tile shower is leaking
8
Water seeping from grout in tile shower
4
Shower corner has grout covered in caulk
0
Is a long shower the main cause of this leak? Would clear silicone on all grout lines help?
0
Water making its way out of the shower pan, bubbling laminate floor. Grout in shower floor stays wet