If I have a basement mixing valve, do I need one at the shower?

If I have a mixing valve at the hot water tank, do I need to have additional mixing valves at each shower/sink/tub etc?

A mixing valve at the water tank enables you to store water above the appropriate kill temperature for legionnaires bacteria and then allows you to draw water off the tank at a safe temperature. Most codes state above 140°F storage and up to 120°F draw. I find most people are happy with 130°F contrary to code. If you are talking about point of use(POU) set and forget mixing valves (as in, other then the diverter valve) then the answer is no. The best system design utilizes point of use mixers at every consumer contact point. In that case you would need to remove your central mixer.

Point of use mixing system 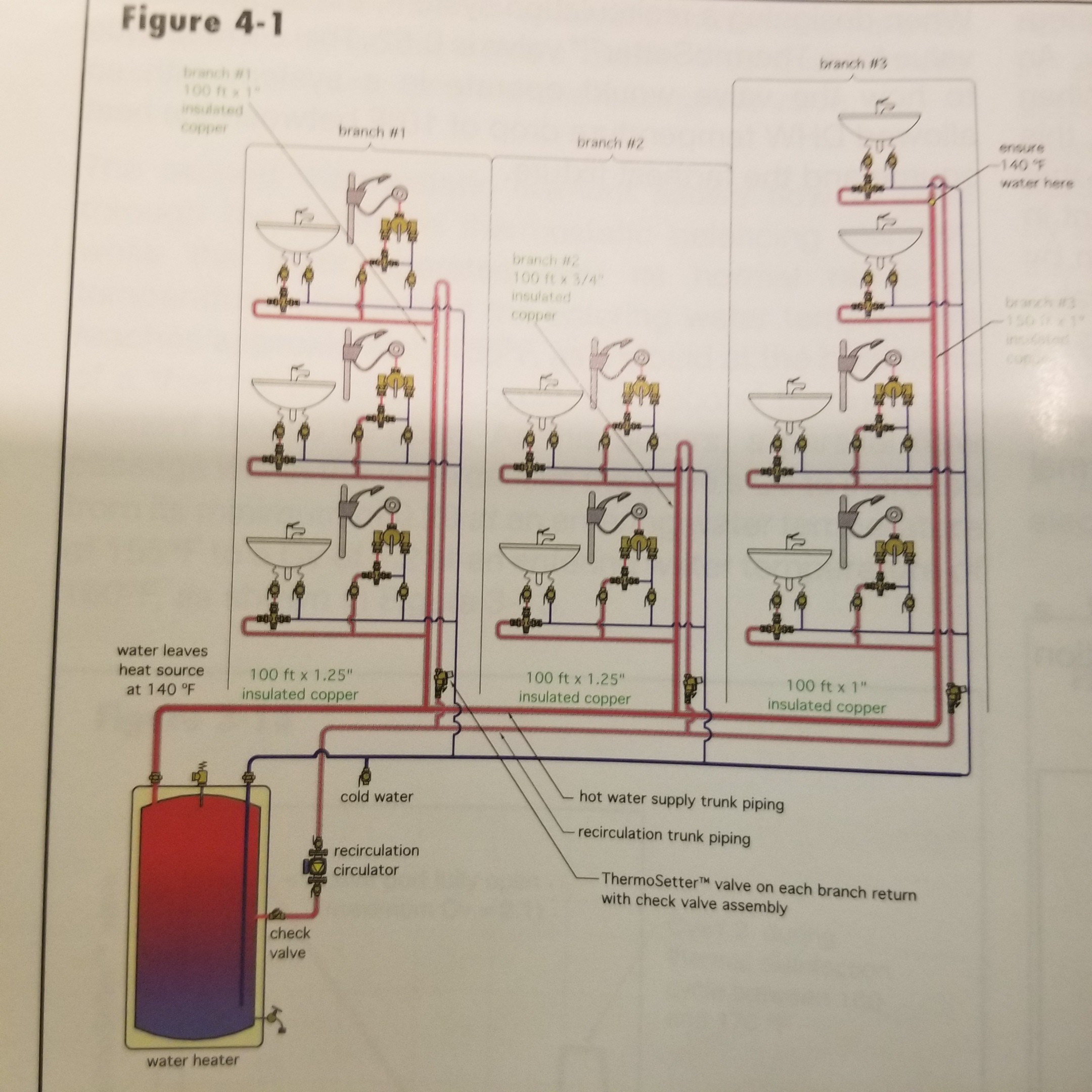 POU Mixing is superior because it eliminates the likelihood of bacterial growth downstream of a central mixing valve.

Central mixing valves are still acceptable because bacterial growth is frequently flushed every time a hot fixtures opens, reducing the likelihood of a colony getting a foothold.

You don't need to add mixing valves at each contact point but if you do you should remove your central mixer. Removal of the central mixer then requires a POU Mixer be added.

Edit The picture above outlines why you should always use a POU Mixing system when a hot water recirculation system is implemented. The principals are the same but with hot water recirc. The hot water lines never get the chance to cool down below the bacterias happy place and thus are able to grow like crazy. That's also why you generally don't insulate the hot pipe in a domestic hot water system.

3
Will I be able to replace the tub and shower fixtures in my [apartment] home myself?
1
Why would water be coming out of my shower when I turn on the bathroom sink?
5
Why does cold water always mix in bathtub mixing valve, even on hottest setting?
2
Plumbing: Dual volume control valve WITHOUT mixing
0
Do I need an air admittance valve for my basement shower?
0
Need guidance and advice for a mixing valve
3
How are mixing valves installed? Do they affect just the hot water line?