How to achieve a straight line when not flush to required wall?

Currently preparing an area in our garden to lay a paved patio area and pergola (the latter being provided by a professional).

My wife and I need to build a supporting wall around the sides and at the top side (see the photos below). Essentially, the supporting wall needs to be parallel with the brick wall (Which is actually our garage) 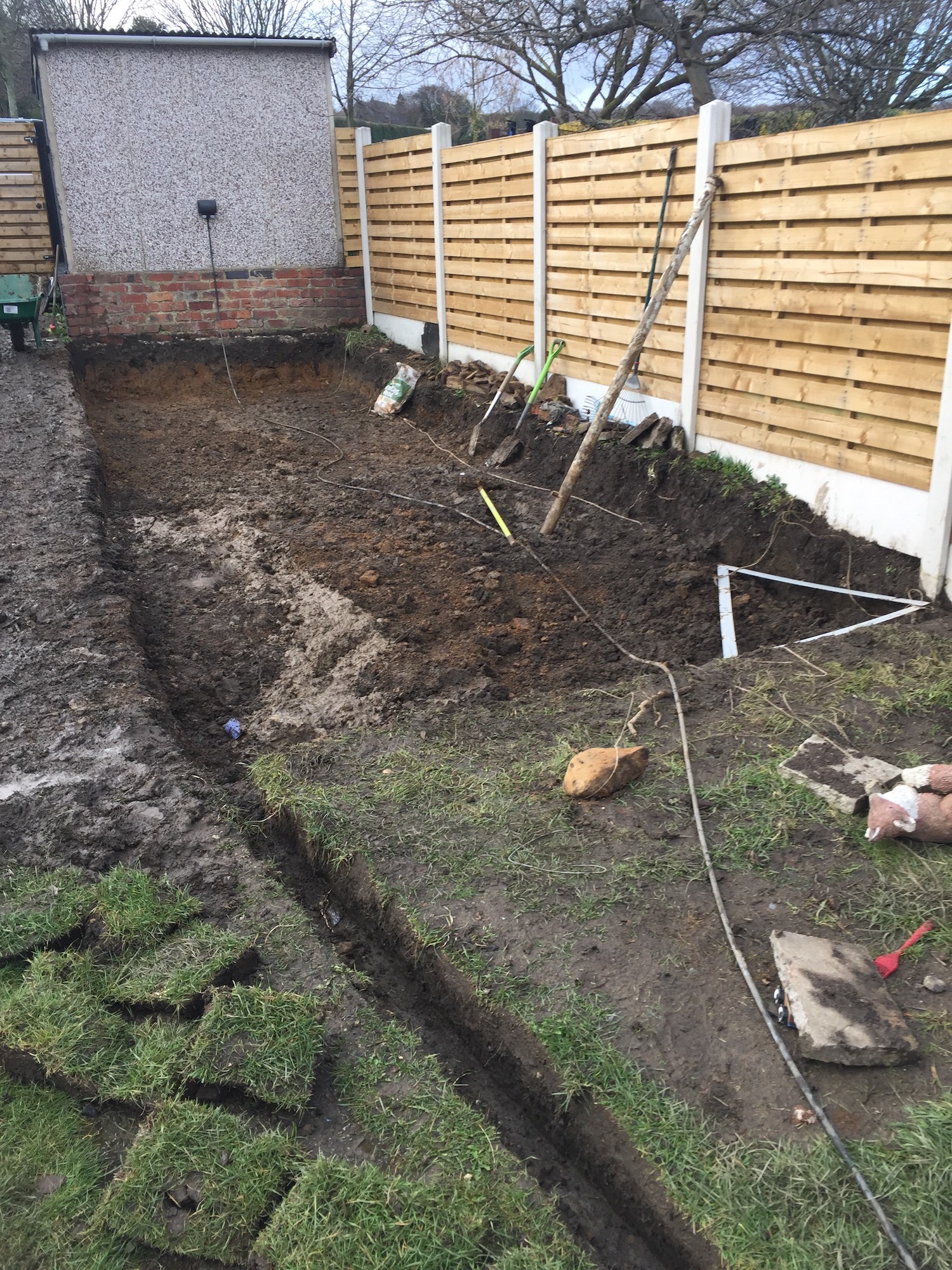 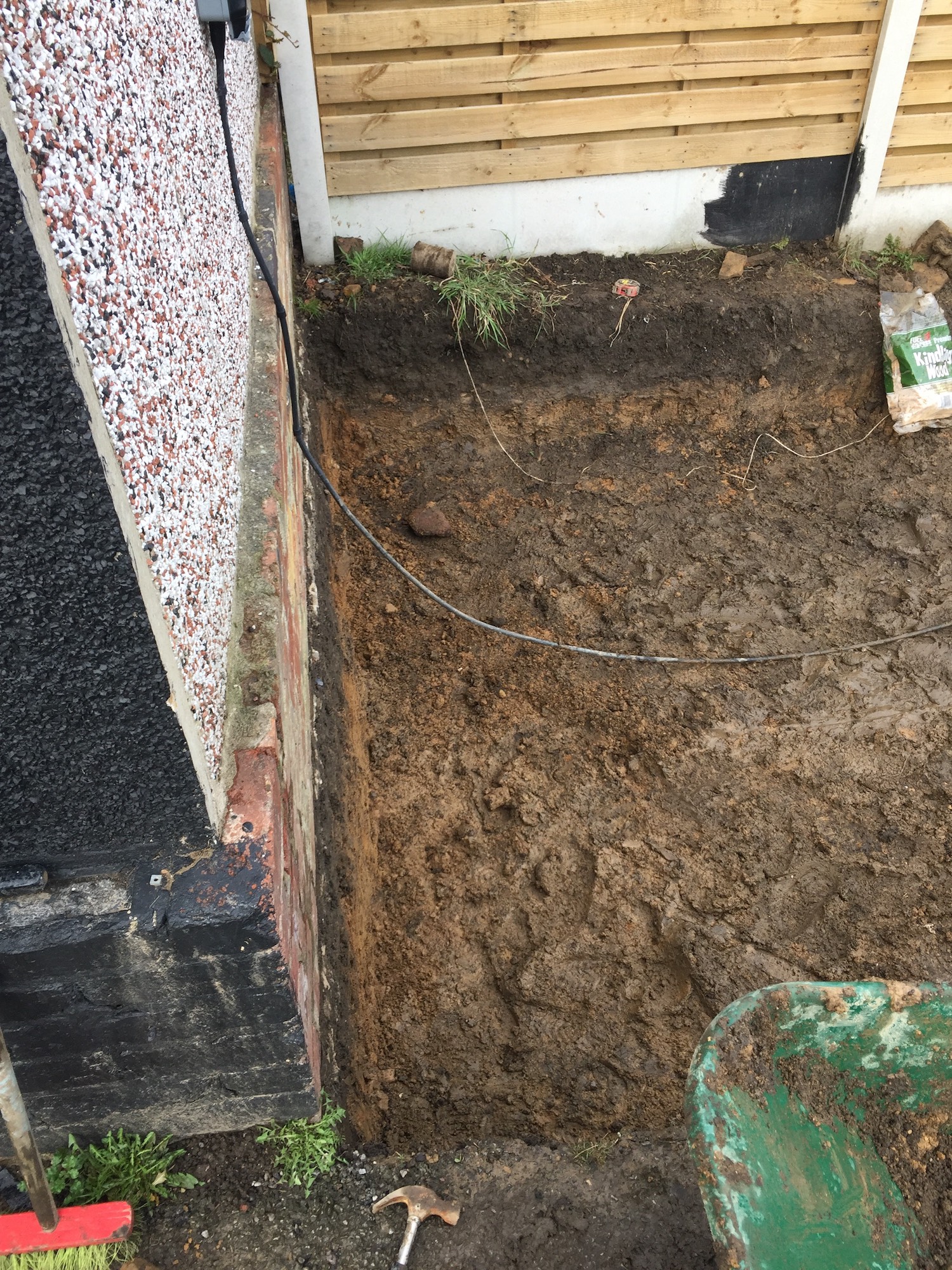 What my wife and I cannot figure out - and we're not entirely certain that this is a 'common issue' - is how to get a straight line with a wall that is 'higher up' than our supporting wall.

Being that we cant simply butt up our builders square, because the wall underneath the brick wall isn't straight by any means (and we doubt we can get it straight/want to!) - how do we plan to build a parallel, straight wall?

Other photos for reference:

I'd set a couple of 2x4 stakes in the patio area as an offset line, parallel to the brick but out of the way of the new wall. This will allow you to set your final lines appropriately.

Establish your first parallel line with a level

From there you can take measurements to parallel for your actual wall positions. The drylines can stay in place during wall construction for reference.

Make a 3-4-5 triangle out of non-stretchy string and attach the '3' side to the garage wall (with eyebolts if you want to be fancy) so the '4' runs down the side of the garden and the '5' is the diagonal.

Use a garden cane held vertically (with two spirit levels at right-angles) or a plumbline to drop the corner of the string to ground level.

Reverse the string for the opposite corner.

Use a hosepipe with clear ends (water level) if you need to extend horizontal levels.

Not the answer you're looking for? Browse other questions tagged patio gardening or ask your own question.

0
When pouring cement next to a home, how far below the mud line on a stucco home do you need to be to avoid water issues?
3
How to get water to hop from patio over brick wall?
1
How to finish retaining wall for a paver patio on a sloping ground?
4
How to achieve a 1% gradient