I'm sure this is going to be lambasted by the code gods, but is it SAFE to solder the wires in a Romex cable to extend it? Obviously I would ground the circuit as normal, just trying to avoid another junction box. Would I heat shrink each individual wire and then the outer sheathing as well? Thanks for any advice

They do make Romex Splice Kits that claim to be legal for rework inside of a finished wall without junction boxes. Soldering is absolutely the wrong way, and regular wire nuts are not going to cut it. You need a mechanical fastener rated and tested for the job. 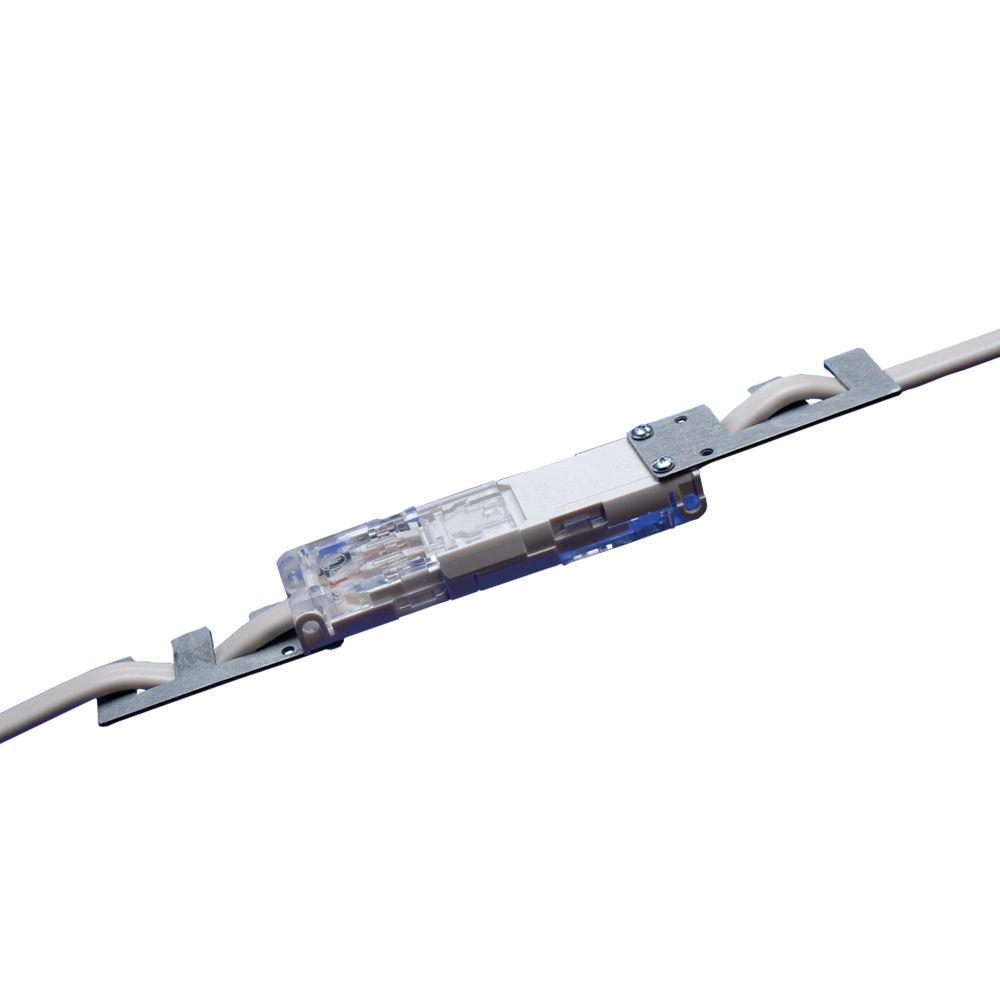 Well, they actually make an approved device to splice Romex outside a junction box.

That said, soldering has very specific requirements for splicing it "dry" in advance before solder is even applied (this is a much bigger PitA than you think, because it makes tinning hard!) The splice connection must be both mechanically and electrically complete before you even start soldering. This is called out in NEC 110.14b.

Then you have to wrap and layer insulation in a particular way. I could see where shrink tube could be an option, but any sharp points on the resulting splice will tend to pierce the shrink tube, so I would do 2-3 layers of it over friction tape honestly. Friction tape does something electrical tape does not, and that's protect the insulation from physical damage from corners in the splice.

It is an artisanal craft, exactly the kind of reason why electricians are apprenticeships. Last time I did one, it took a half hour (per wire) and I'm still not confident it's right.

This is not kid stuff. Aside from the fact that you're supposed to pull permits and have inspections... fires get investigated. If it's found to be your negligence, fire insurance won't pay. Then the mortgage lender will call the note.

Every bit of Code I've ever seen, I have ultimately found had very good reasons for being that way. Code is written in blood and ash, it is the collective knowledge of how not to have problems unnecessarily.

With rare exception I have never seen a code violation that also managed to be safe. Those exceptions can be negotiated with your AHJ.

Take a step back and consider. The right way to do it would have three distinct components: (a) wirenuts, (b) a box, and (c) accessibility behind a removable faceplate. The last of these is presumably what's causing trouble in this case. Why change the other two components too? Once you've decided you'll compromise code compliance, why not make the minimum possible deviation?

If I were reno'ing a house and found a box buried behind drywall, but it was a code-legal covered box and the connections were properly wire nutted, I'd say, Someone was lazy, and I would not have done it, but I understand, and I really could not say that a functional risk was created. If I found heatshrink-wrapped solder joints, I'd say someone went out of their way to show contempt for code, all current practices, and safety.

And it's not just that the code writers didn't know about solder. It turns out that in short-circuit high-current conditions, solder can melt or even evaporate very quickly, leaving you with no path to ground, or a high-resistance connection. Both very bad.

Not the answer you're looking for? Browse other questions tagged electrical soldering or ask your own question.

15
Can cable splice devices be concealed?

7
Can two circuits share a neutral?
0
How to extend short wires into new panel?
1
Romex exiting junction box just below 8 feet
32
Are soldered electrical connections code-compliant?
3
Moving electrical outlet 3 feet to the left
0
Moving main service breaker panel lower on wall exposes feeder wires non-sheathed
2
Needing to add an outlet but confused why builder used 14-3 wire on a non-switched outlet
0
Do the electrical codes have a solution to extend a cable that is short?
4
Electrical Wiring - New Circuits (Added pics)